For her upcoming solo show, Vitrified, popular Sydney ceramicist Milly Dent returns from Japan inspired by the rich ceramic history she found there – and explores how it has influenced her contemporary processes.

With the support of the Australian Council for the Arts, Milly undertook an artist’s residency March in Arita – a pottery village on Kyushu Island, recognised as the birthplace of porcelain in Japan. Arita is surrounded by pristine mountains and forests, and infused with a sense of timelessness as streams weave between the traditional houses and ceramic factories. What most struck the artist was the juxtaposition of the piles of discarded moulds out the back of the factory against these picturesque scenes.

“This ‘Mould Graveyard’ was the disposal of all moulds where the forms were no longer used by the factory, or perhaps had imperfections. All were thrown into a huge waste pile and deteriorated over time due to the rain, snow, wind and other natural elements. I was inspired to create a series of resurrections from Arita, a sense of revival or reincarnation of the forms, which can now be seen as more beautiful and interesting with the capturing of the decay, the memory of rain and atmosphere to decay the mould”, says Milly. 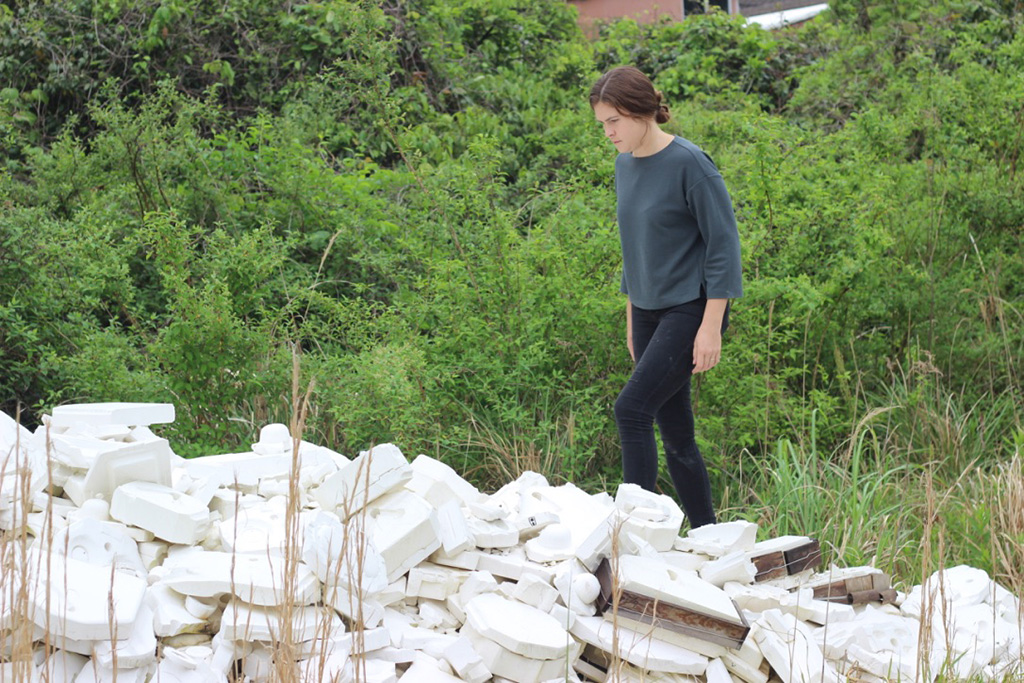 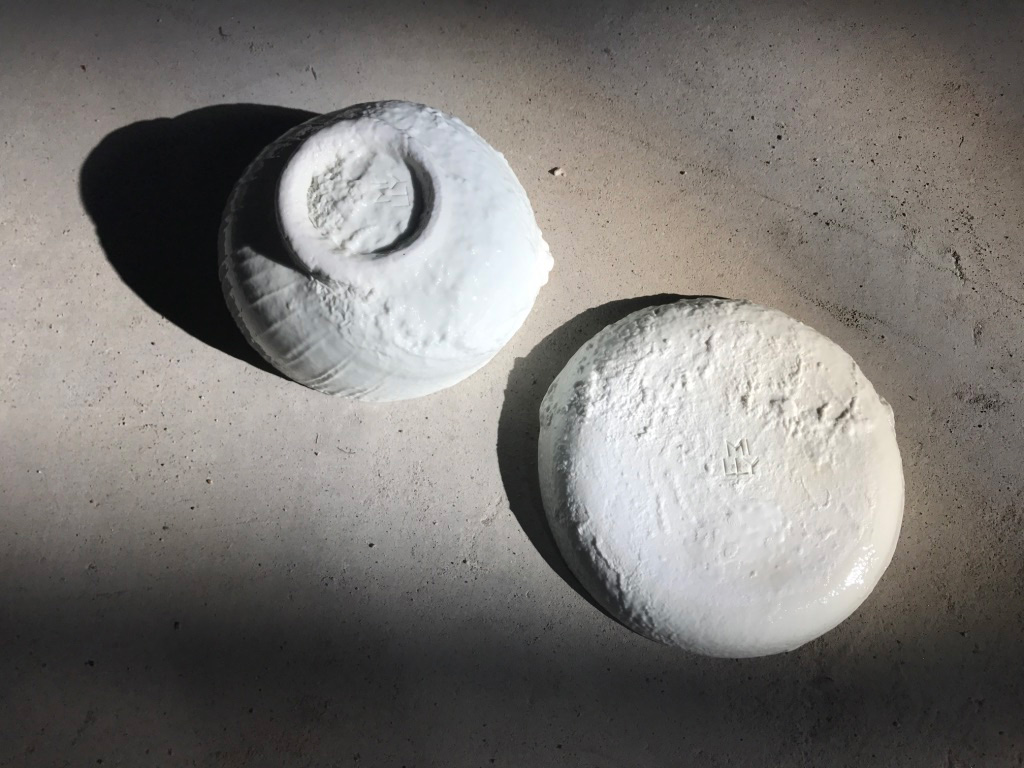 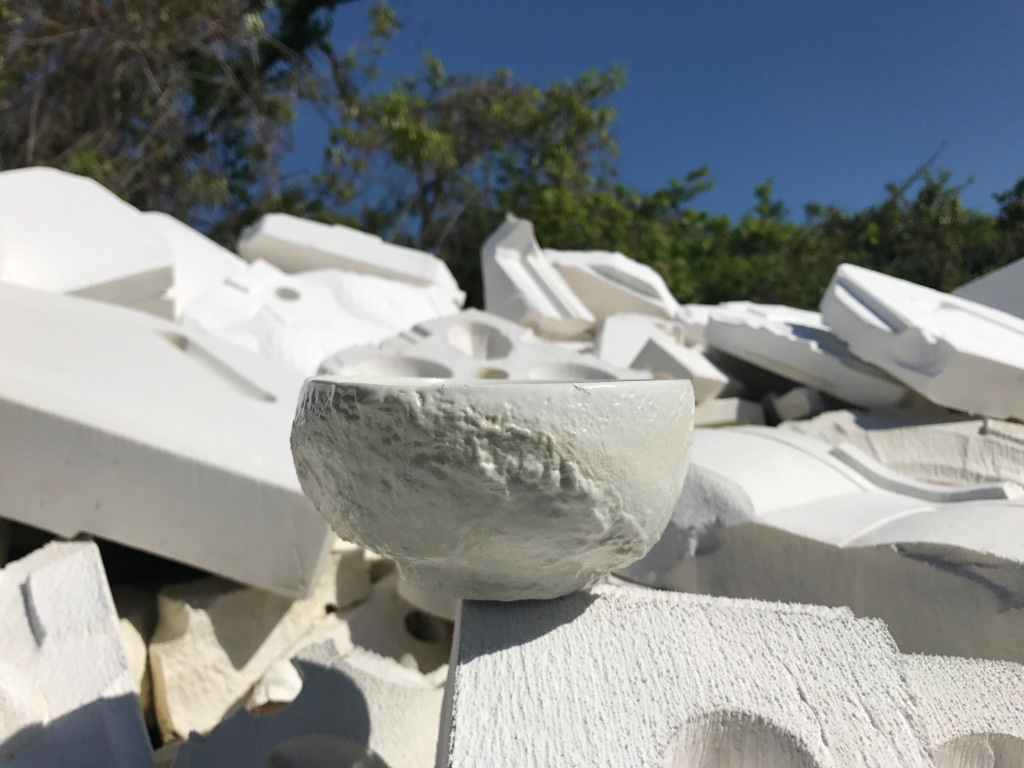 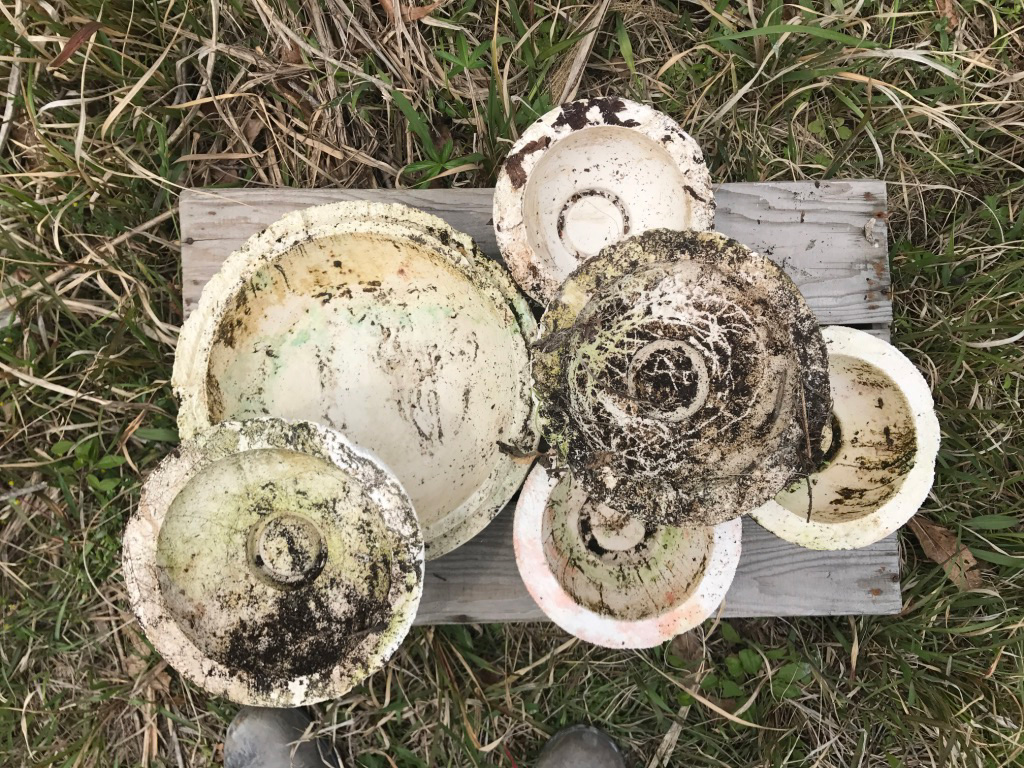 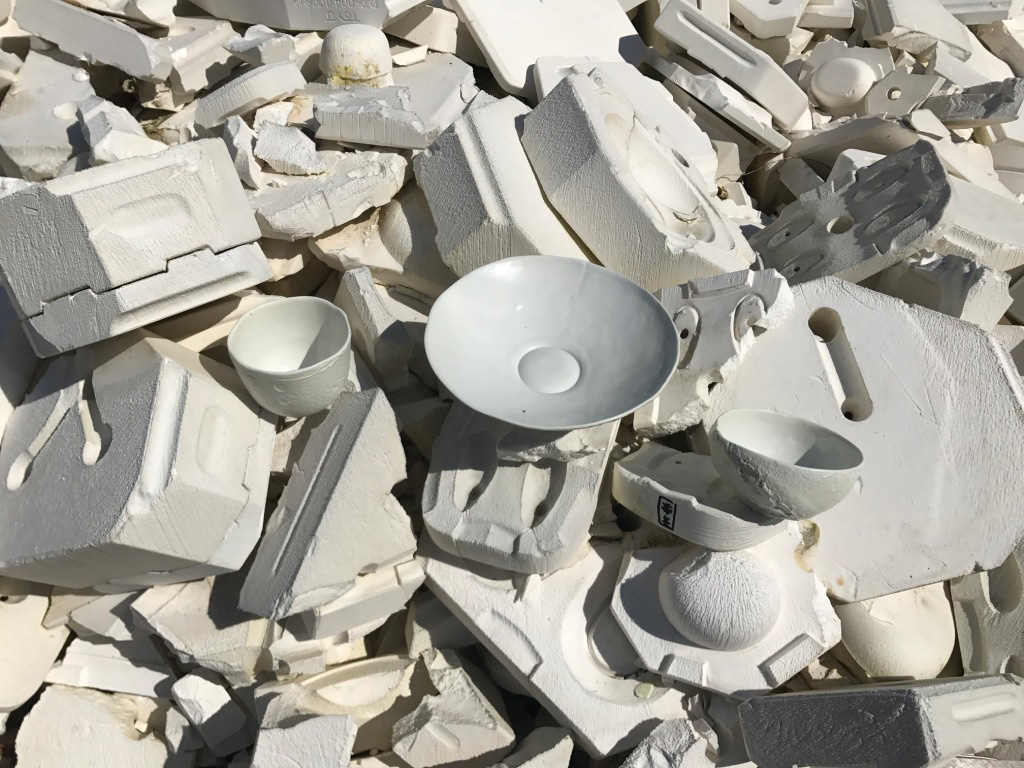 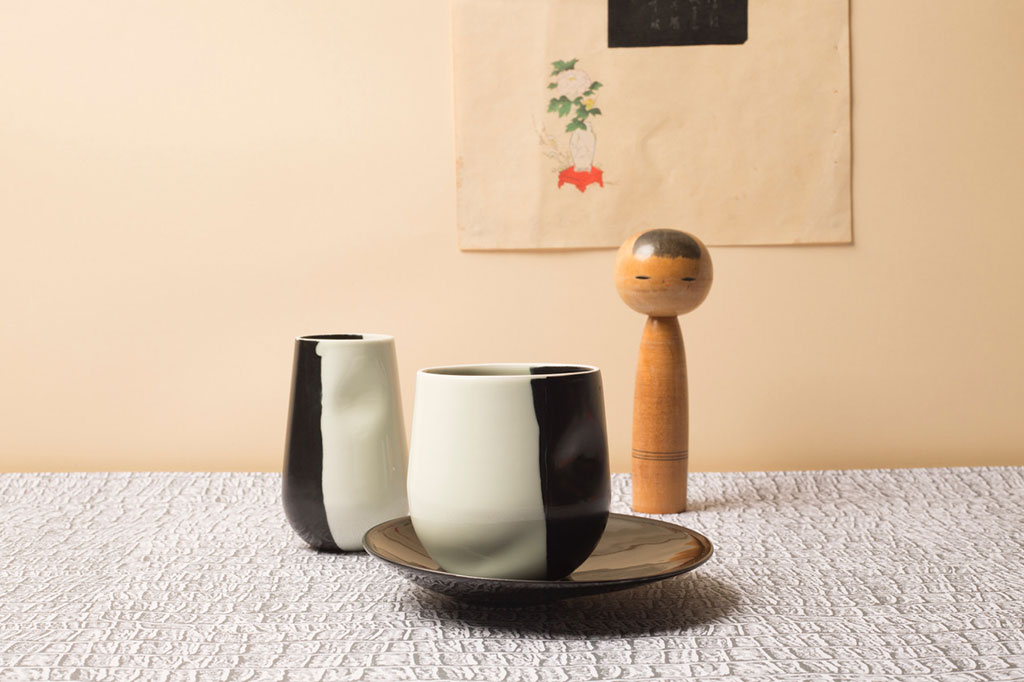 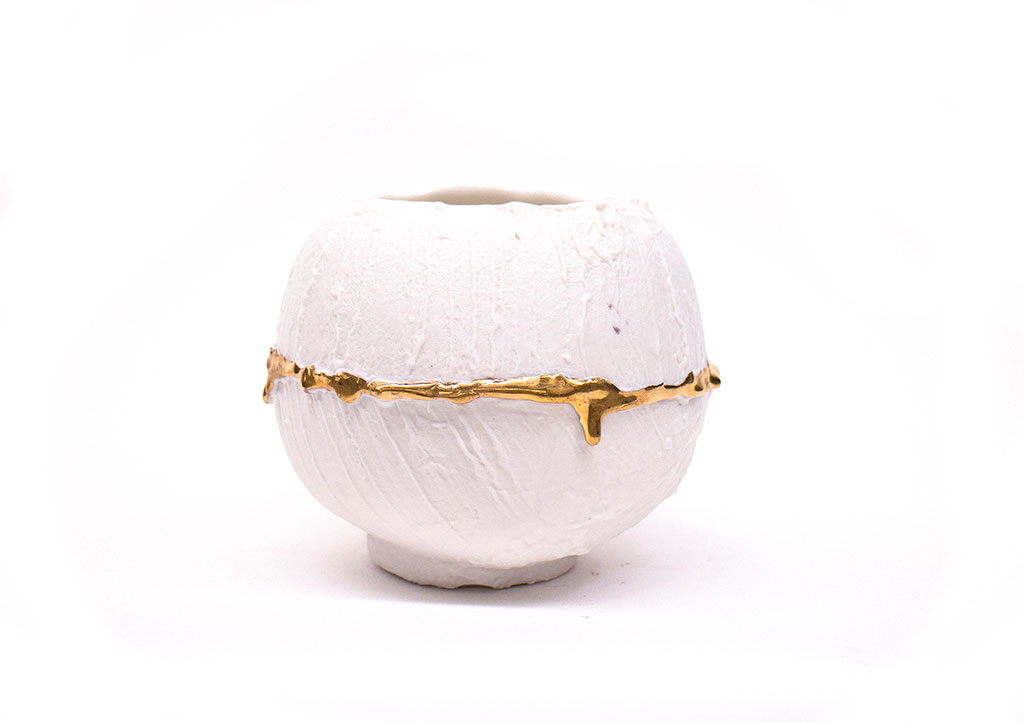 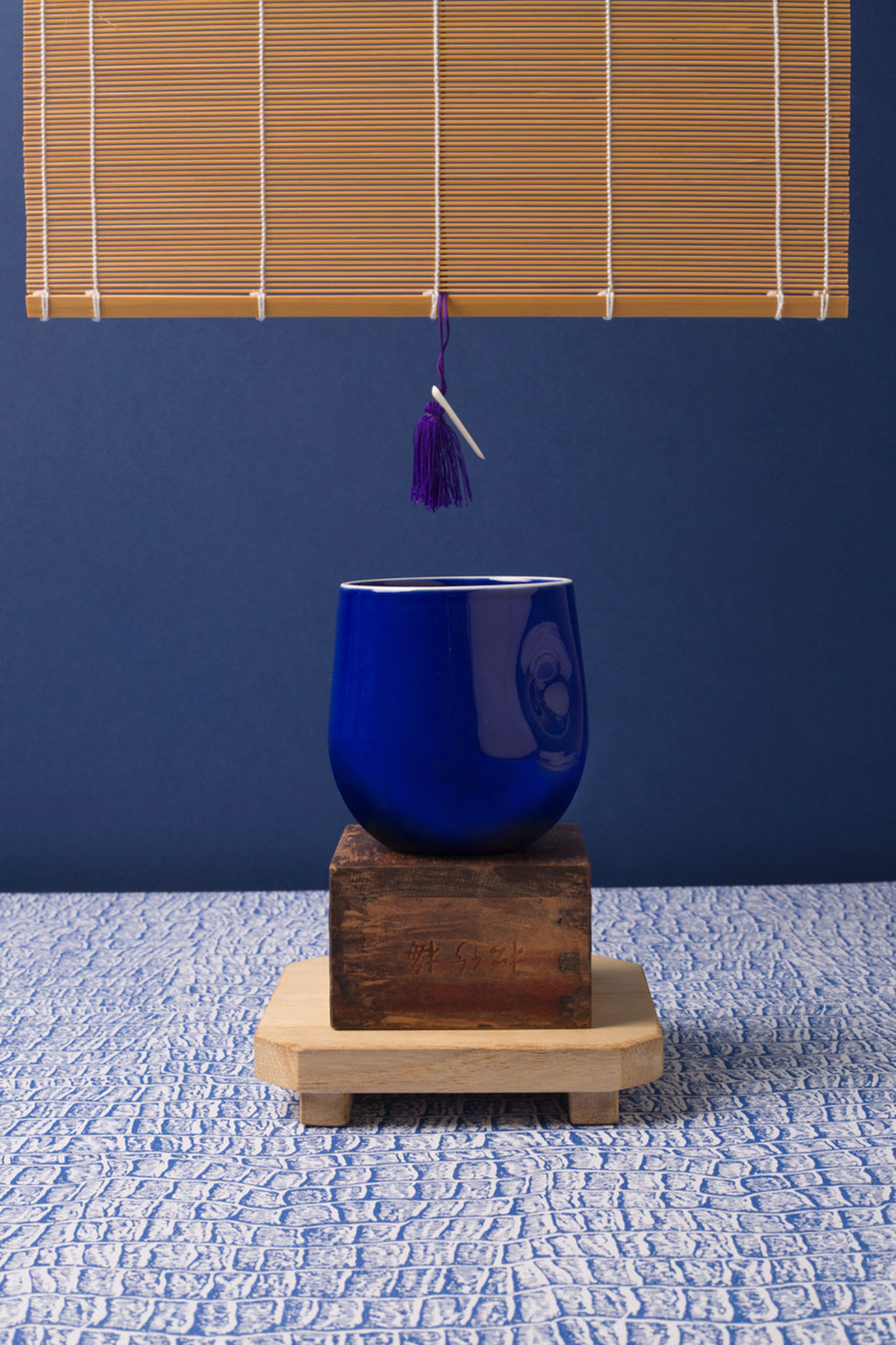 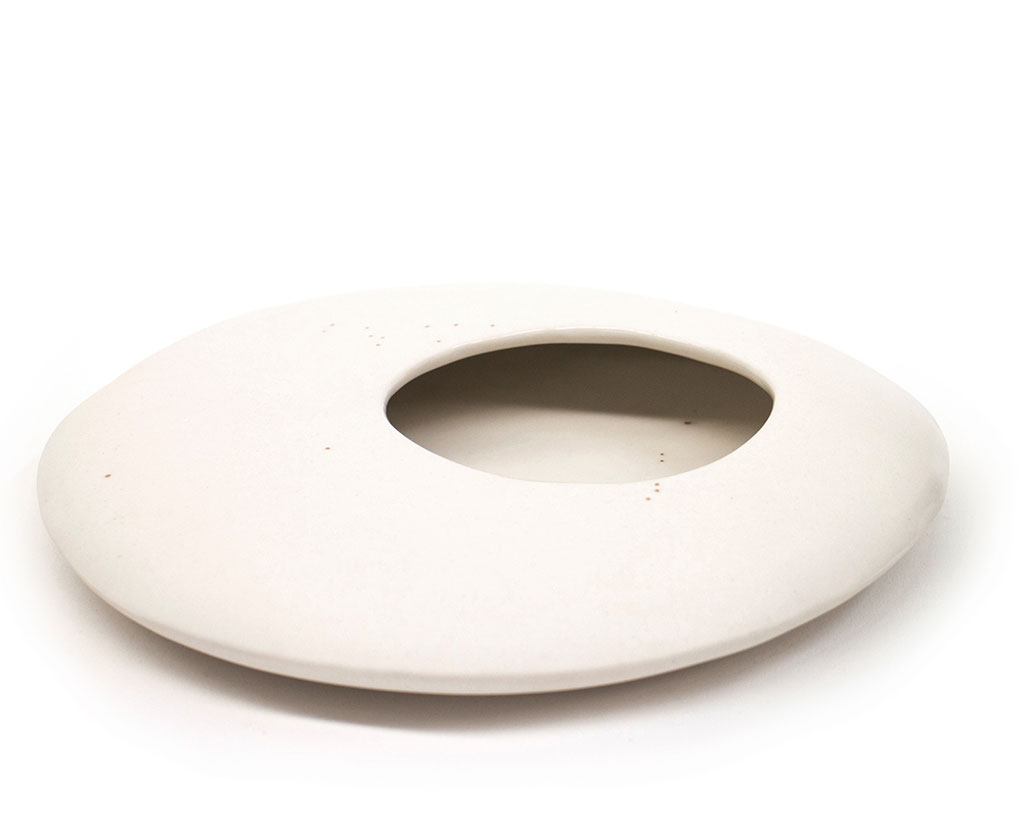 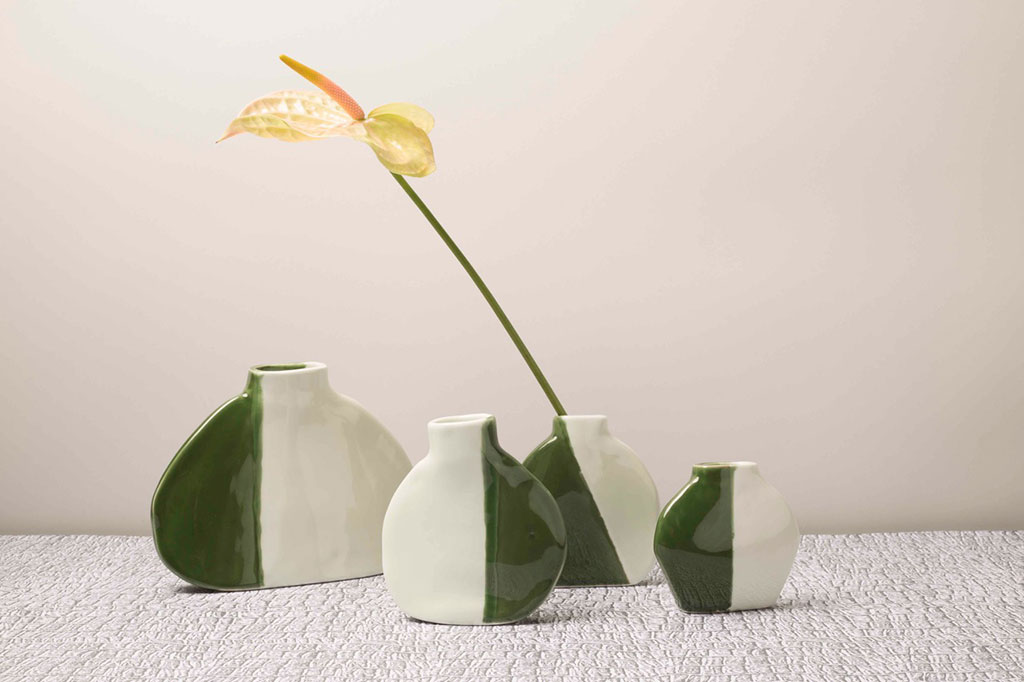 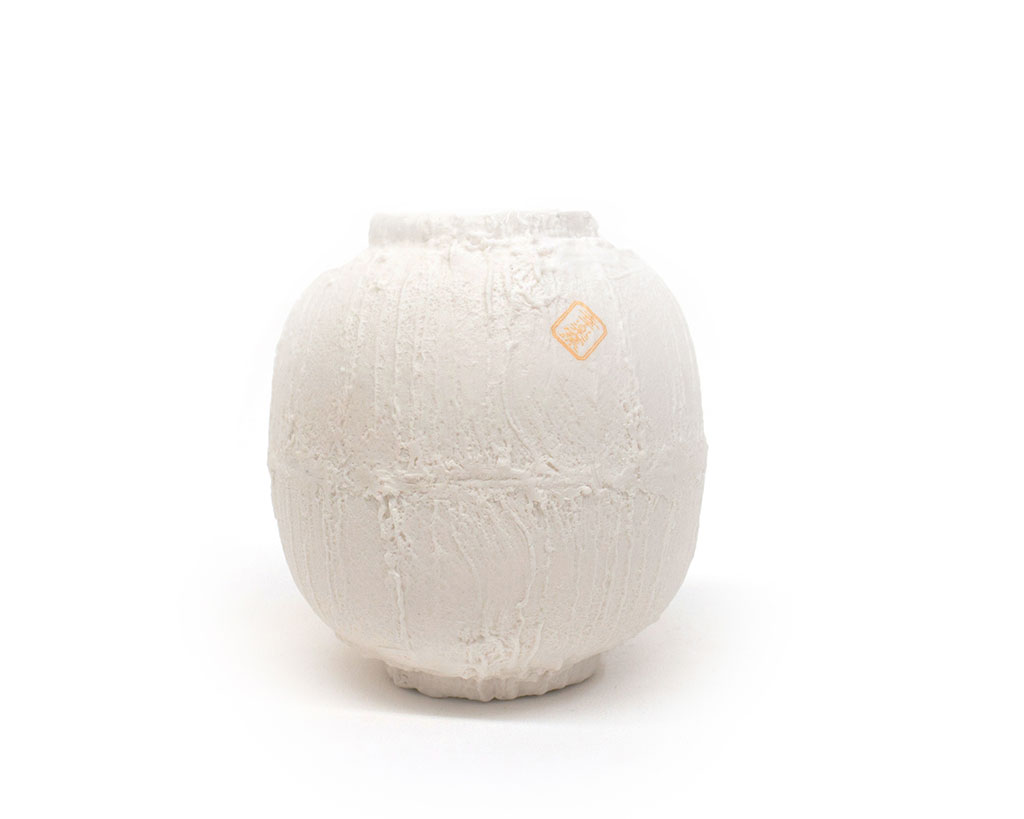 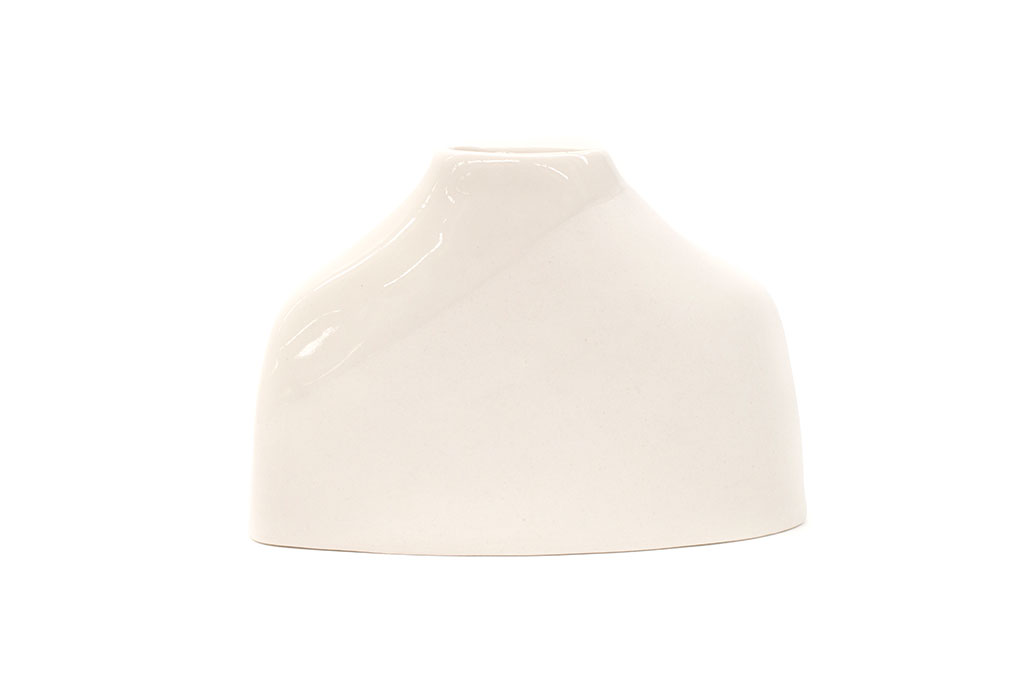 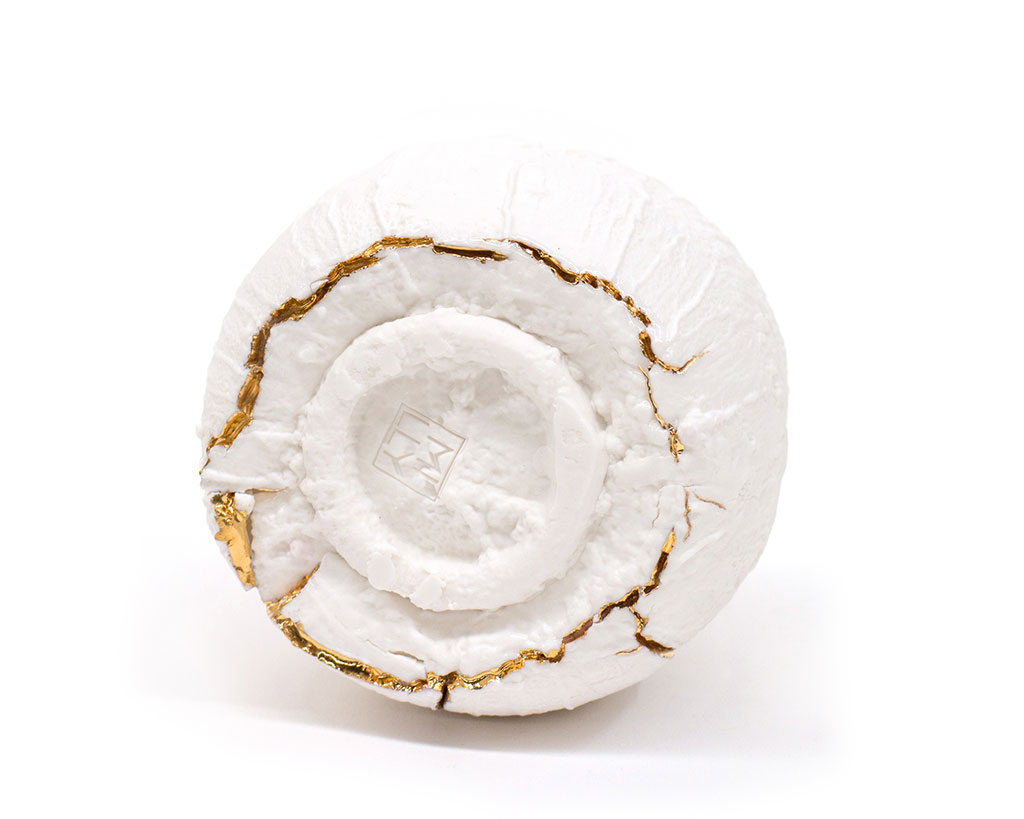 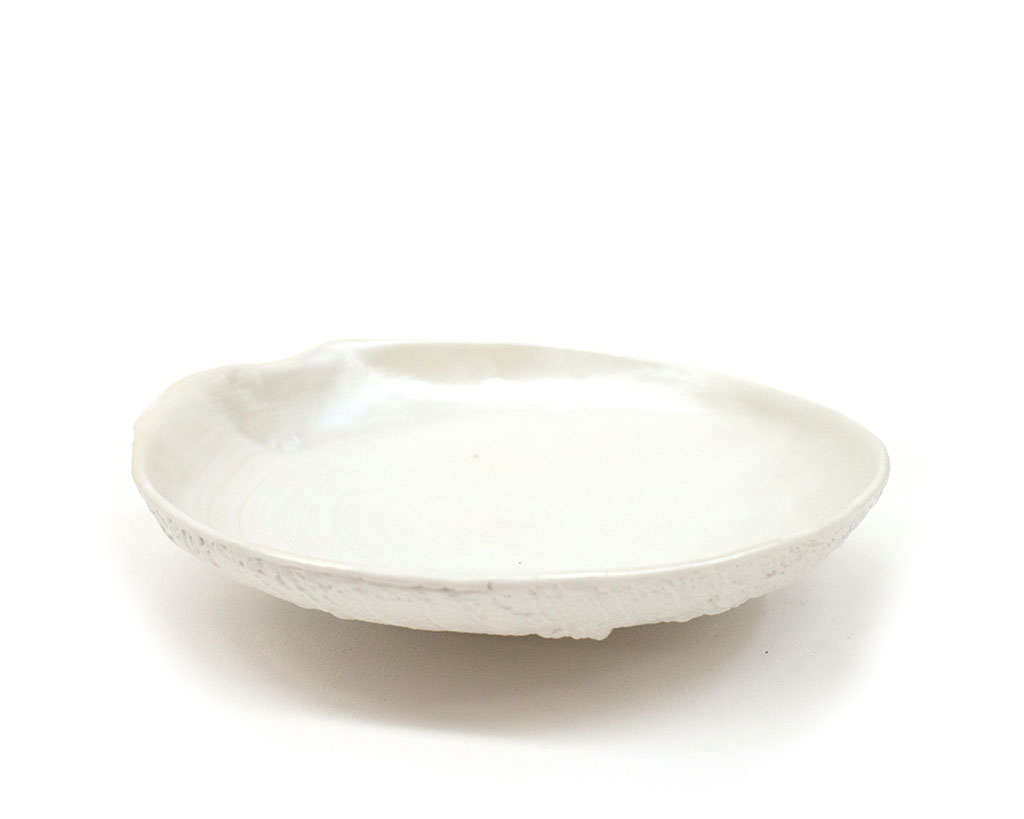 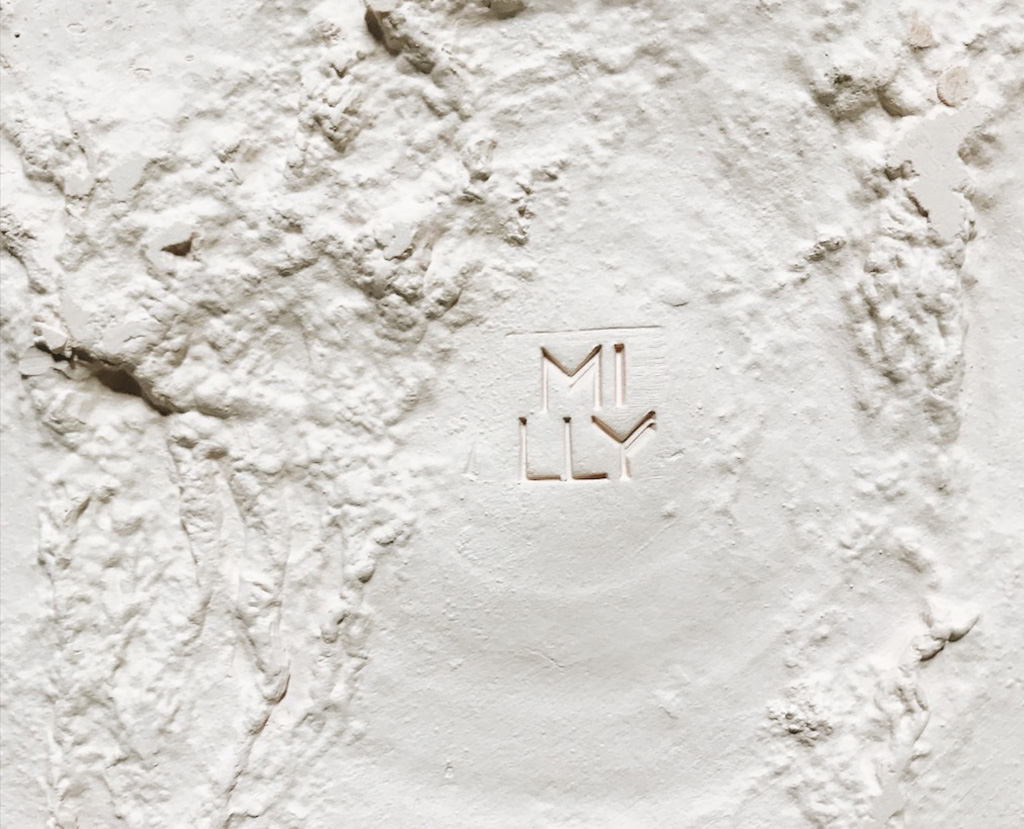 Using the process of slip casting to the discarded mould, Milly essentially paused this formative decay at that exact moment, turning it into something static and beautiful. From this exciting process the artist has created a new body of work, which captures a sense of space, form and clarity. Milly explores new glazes around this theme of the earth’s essential ecosystems, using new moss greens and tenmoku browns.

Milly Dent is a Sydney based ceramic designer whose work explores the material of porcelain through uniquely handcrafted, exclusive ceramic goods. The underlying philosophy behind Milly’s work is based on the simple ideal of producing works that result in outcomes which are both utilitarian and sculptural. During her time in Arita, Milly managed to explore both traditional and contemporary ways of making, engaging a mix of ceramic techniques including wheel throwing, hand building, slip casting and press moulding.