An accomplished artist with many exhibitions under her belt, we are so excited to have Ochre Lawson present a solo show for the first time at Saint Cloche. This body of work truly reflects Ochre’s appreciation of our unique surroundings in Australia; an environment that is a never-ending source of inspiration. Ochre’s translation captures the spirit of wild country, perhaps showing us a time when man was still connected to animals and nature and had not yet intellectualised a way to separation.

“The wilderness is at the heart of everything I create. I grew up in the country, where I roamed the wetlands and native bush, drawing and painting the natural Australian landscape from a young age. My love of the bush led me to become an environmental activist throughout my 20’s, and this time spent protecting native flora and fauna gave me a deep understanding of the importance of old growth forests and ecosystems that has informed my artwork ever since.

This body of work is inspired by my expeditions into the Gibraltar Range National Park in far northern NSW, an area of massive granite boulders, native grass trees and expansive wilderness areas, a special place that forms part of the Gwondana Rainforests of Australia’s World Heritage Area. This wild place has particular meaning to me as my childhood was spent living on the edge of it and many a weekend was spent on picnics and walking to hidden waterholes deep within granite and gorges.

I always begin a body of work through plain air sketches and paintings. This process is elemental to my practice in creating a strong observational and spiritual connection to the landscape which is translated into the energetic line, form, textures and colours.

Back in the studio I play with abstracting the landscape while still retaining a sense of place through breaking up space, overlaying line and texture, simplification of form and non-literal colour relationships.

The recent fires before Christmas devastated the Gibralta Range National park, and it is with much sadness I present to you the beauty that once was. Some of it may regenerate but some will never repair in our lifetime.” 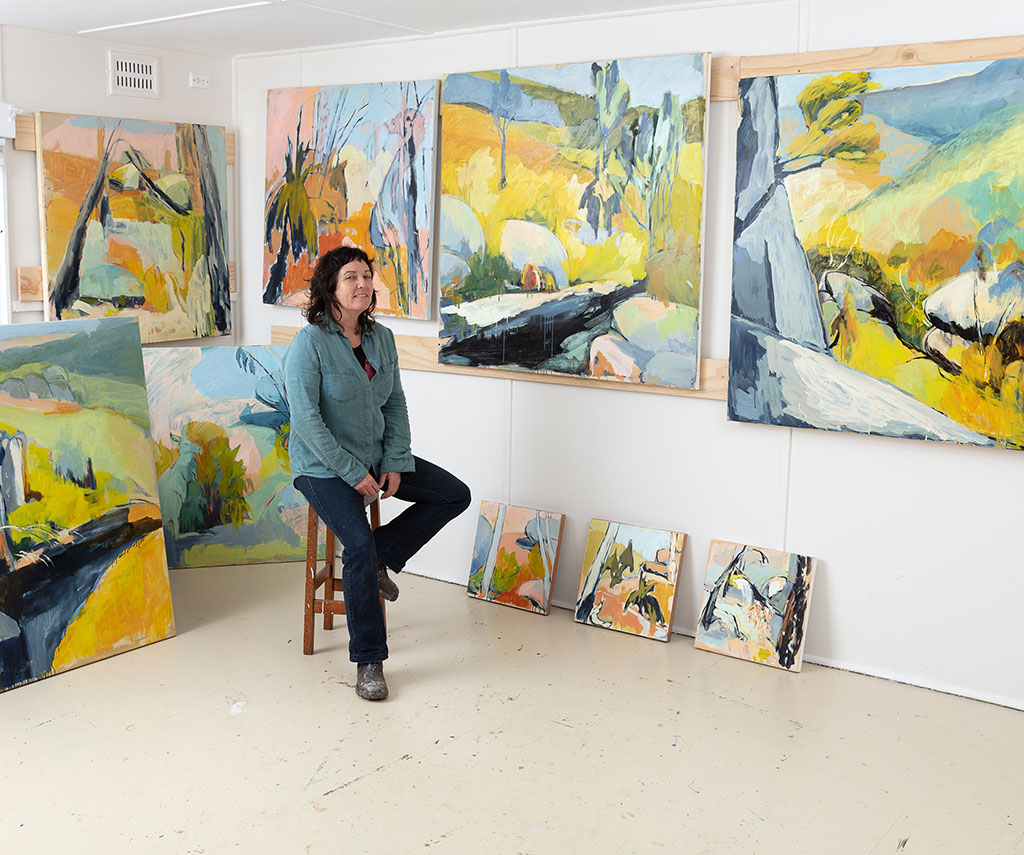 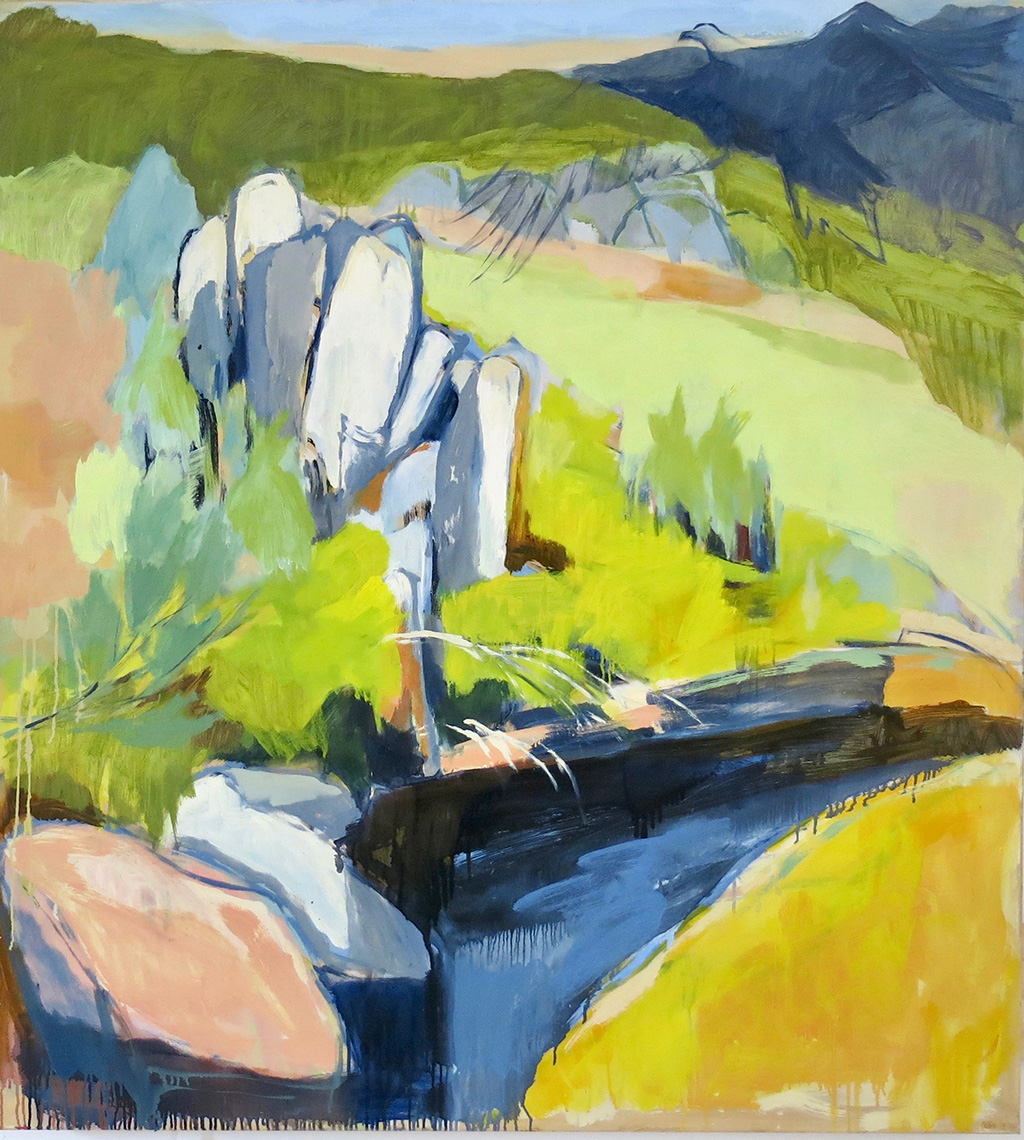 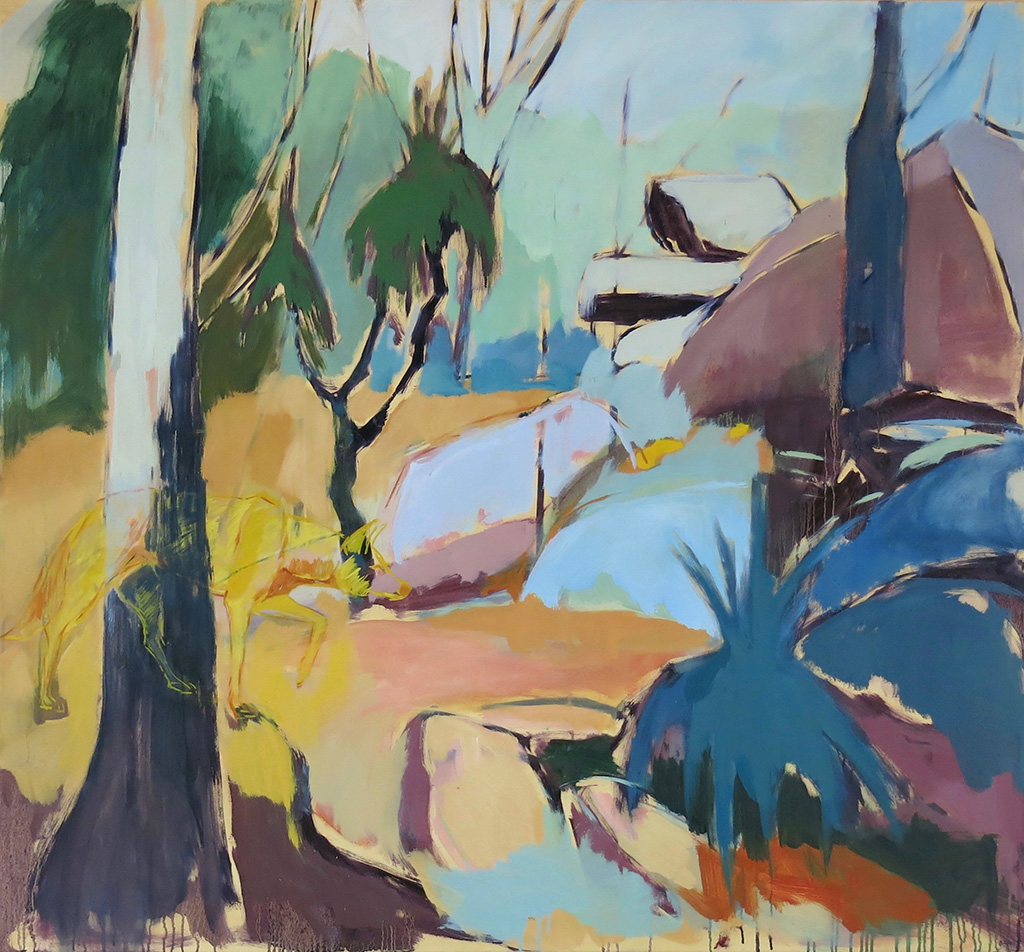 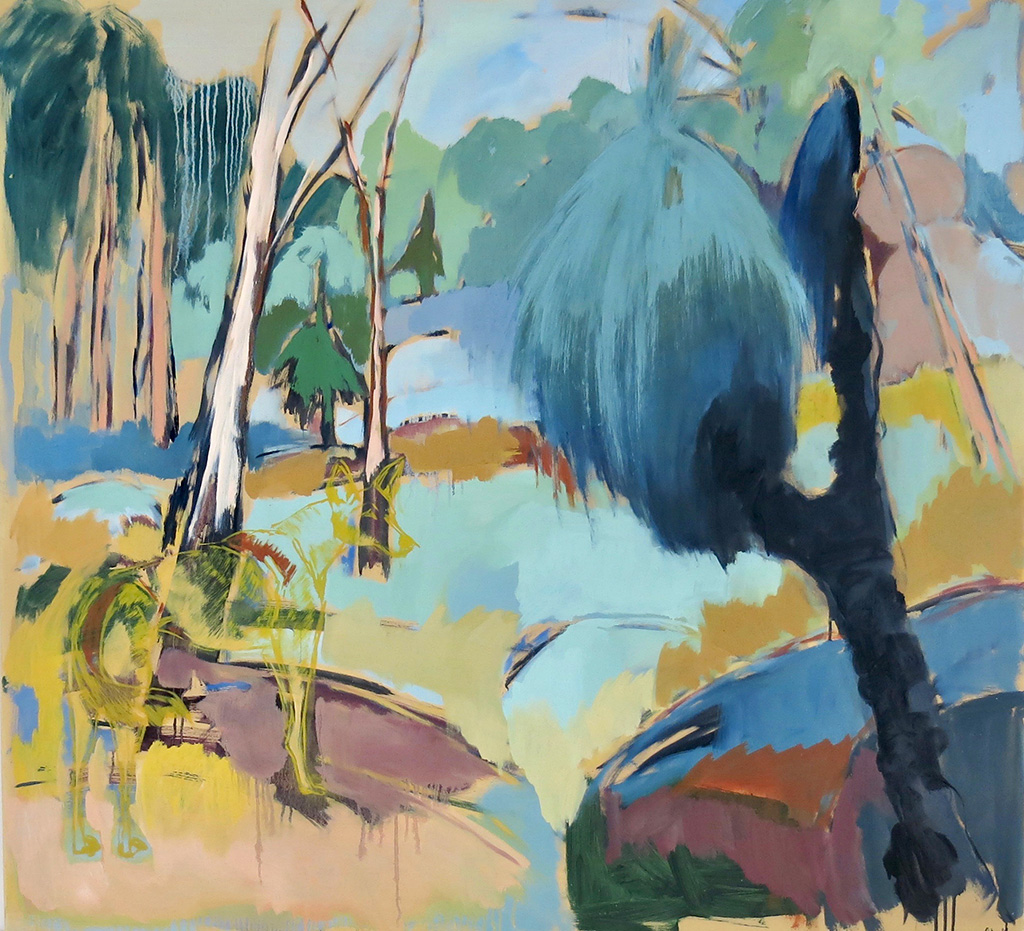 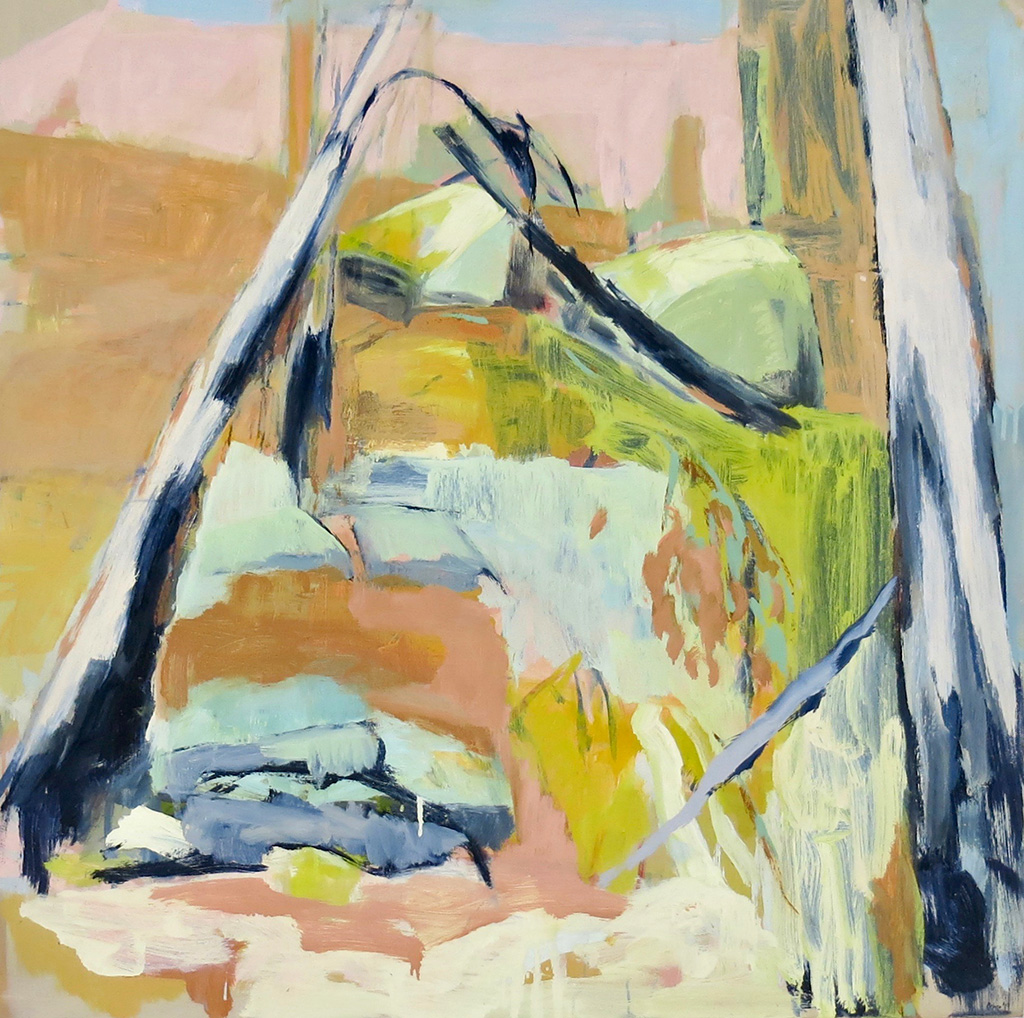 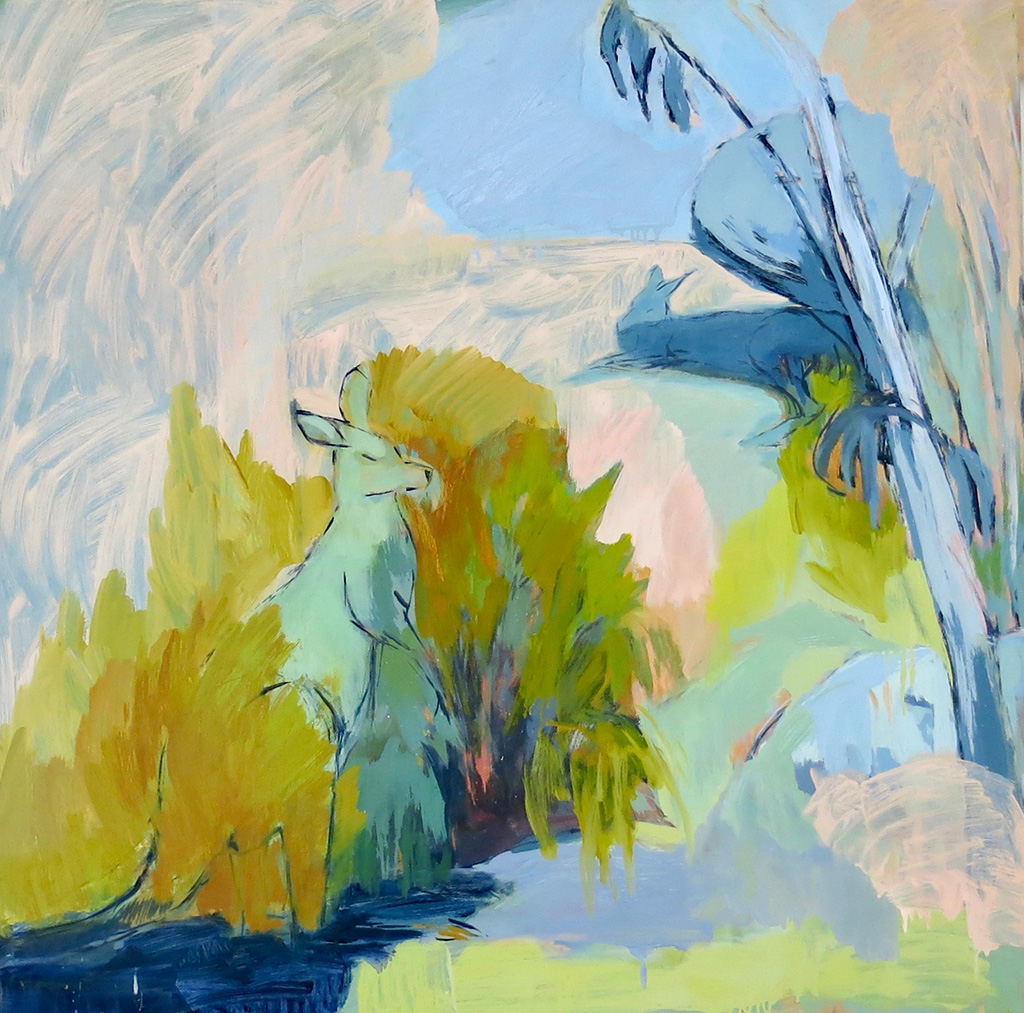 Ochre completed her Bachelor of Fine Arts at National Art School, Sydney in 2007 and a Diploma of Fine Arts at the Southbank Institute of TAFE, Brisbane in 2001. She has had five solo exhibitions and has taken part in numerous group shows around Australia as well as New York.

Ochre has been a finalist in many art awards including the NSW Parliament Plein Air Prize, the Gosford Regional Gallery Art Prize and the Waverley Woollahra Art Prize among others and has won awards in different categories. She has been awarded public commissions for Urban Growth, Sydney, NSW Transport, and for Momac residential development in Canberra.

Moriumius in Japan and the ‘Bilpin International Ground for Creative Initiative’ in the Blue Mountains both selected Ochre as artist in residence.