In presenting MUSIC TELEVISION, Saint Cloche Director Kitty Clark continues her mission to extend the frontiers of the stereotypical by merging the her two stable artists Evi O & Alex Xerri. As the title suggests, this duo show is an artistic examination into the radical pre-millennia decade filled with one- note punchlines, memorable catchphrases, dance-aerobic videos and voluminous perms.

Both Evi & Alex share a penchant for non-conformist interpretations and use of electrifying colours. Evi O’s latest collection ‘Borrowed Time’ is a response to the beats and strums of human feelings colliding, a personal story told through colours and music. In ‘Jurassic’, Alex has created paintings that elicits the nostalgia and passion for a pre-millennia television aesthetic.

Some say, nostalgia is a form of escapism, possibly because of all the challenges the world is facing today, nostalgia is being triggered to maintain a sense of stability and continuity over time – a way to distract ourselves from the uncertainty of present times perhaps?

From the first music video shown on Music Television – ‘Video Killed the Radio Star’ by The Buggles. 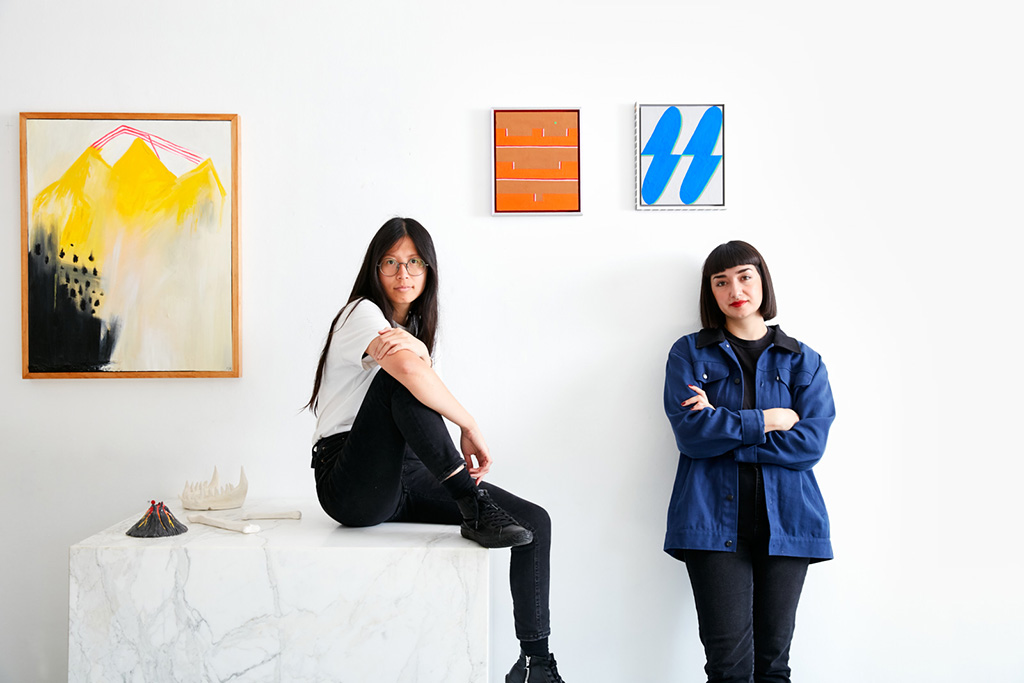 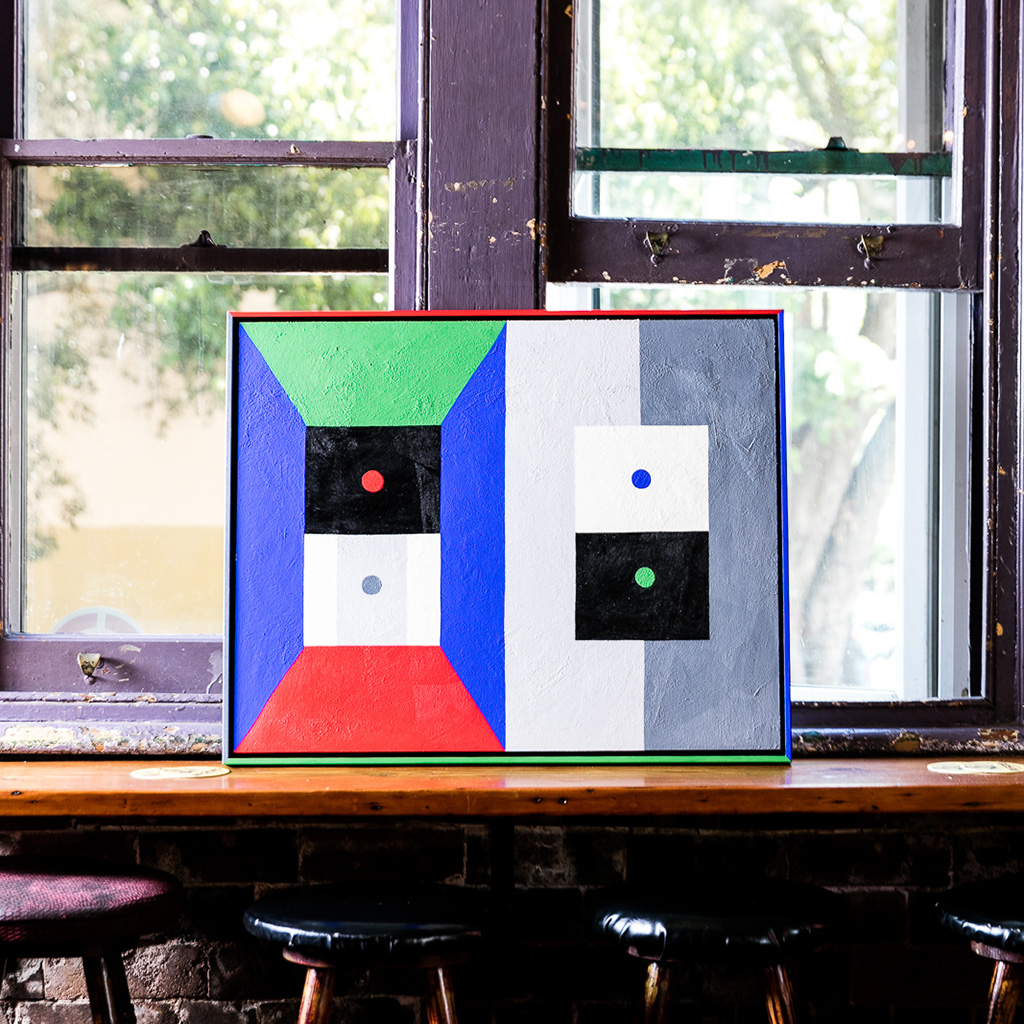 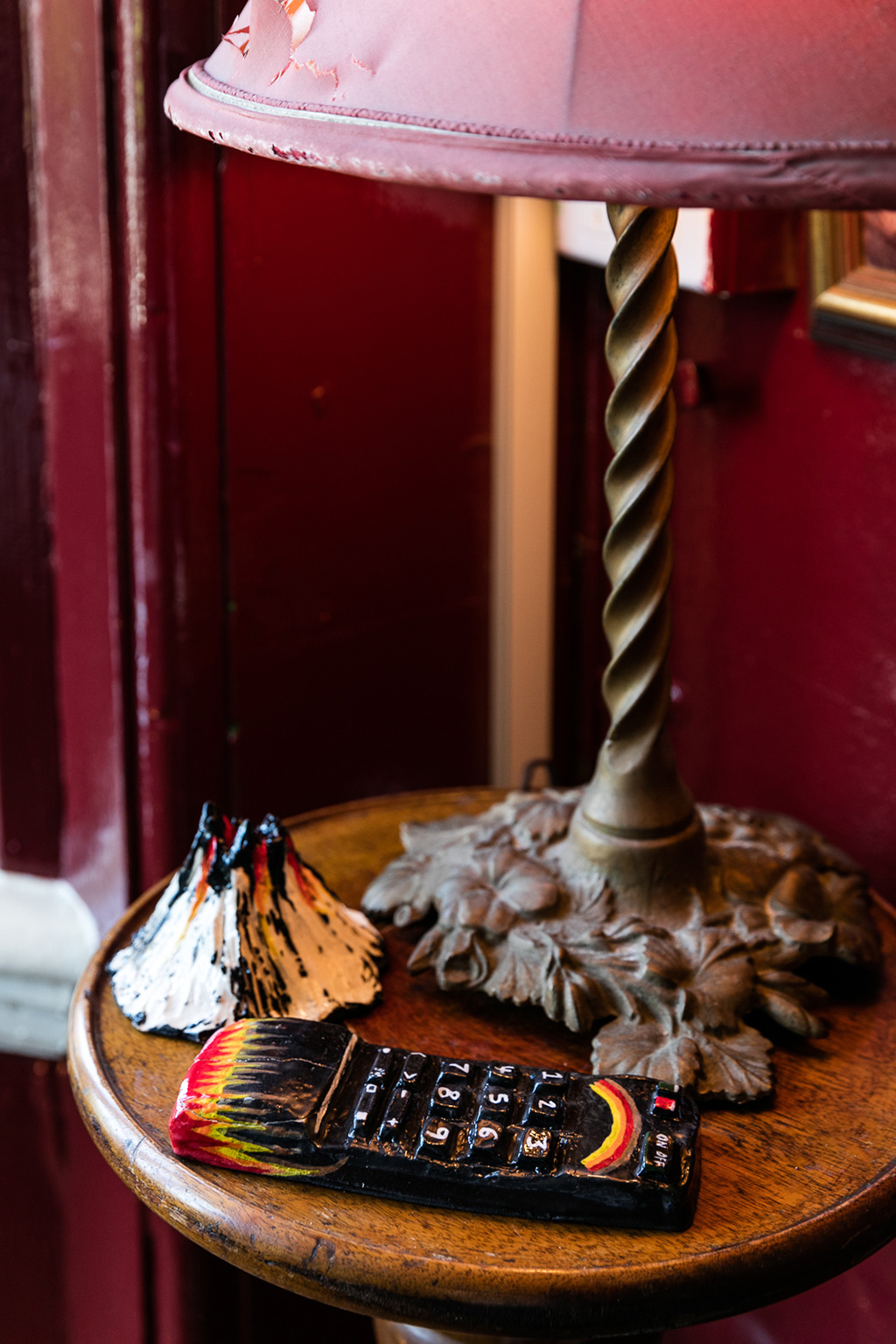 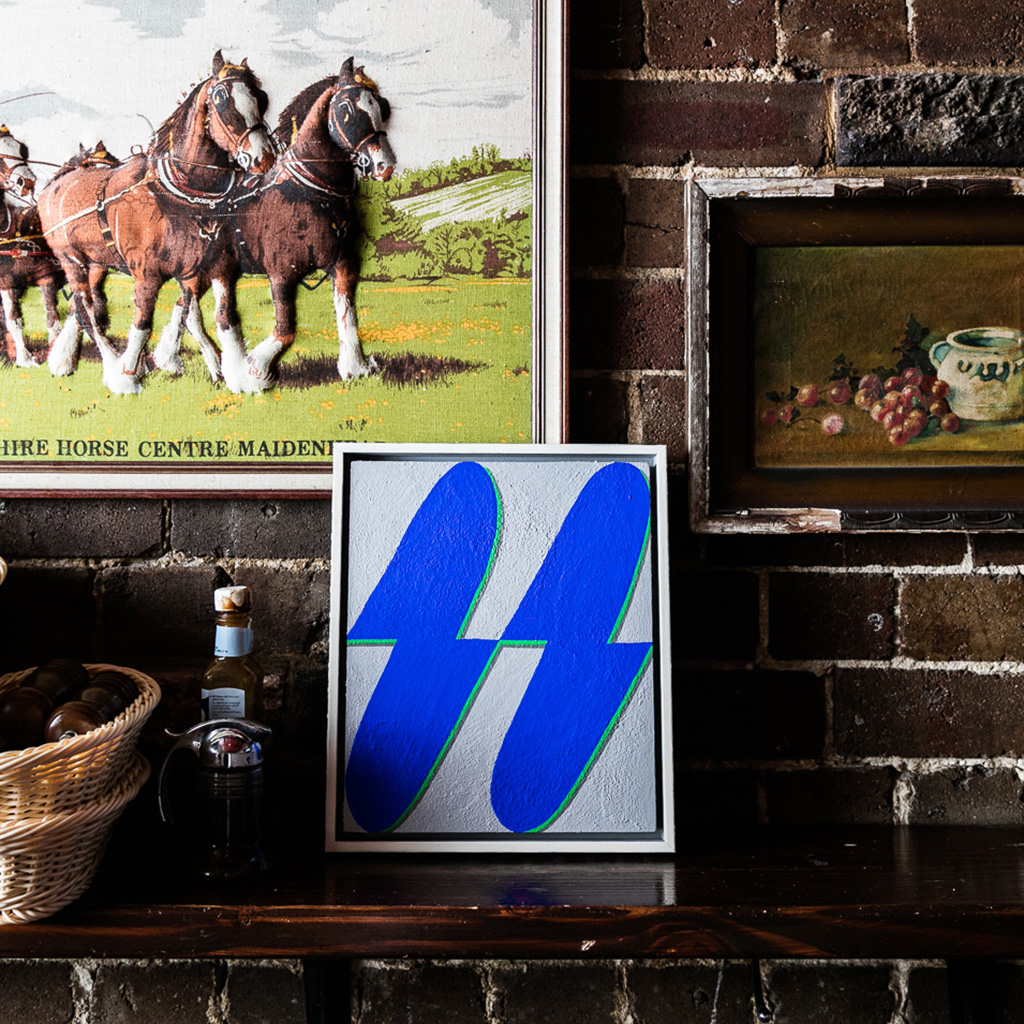 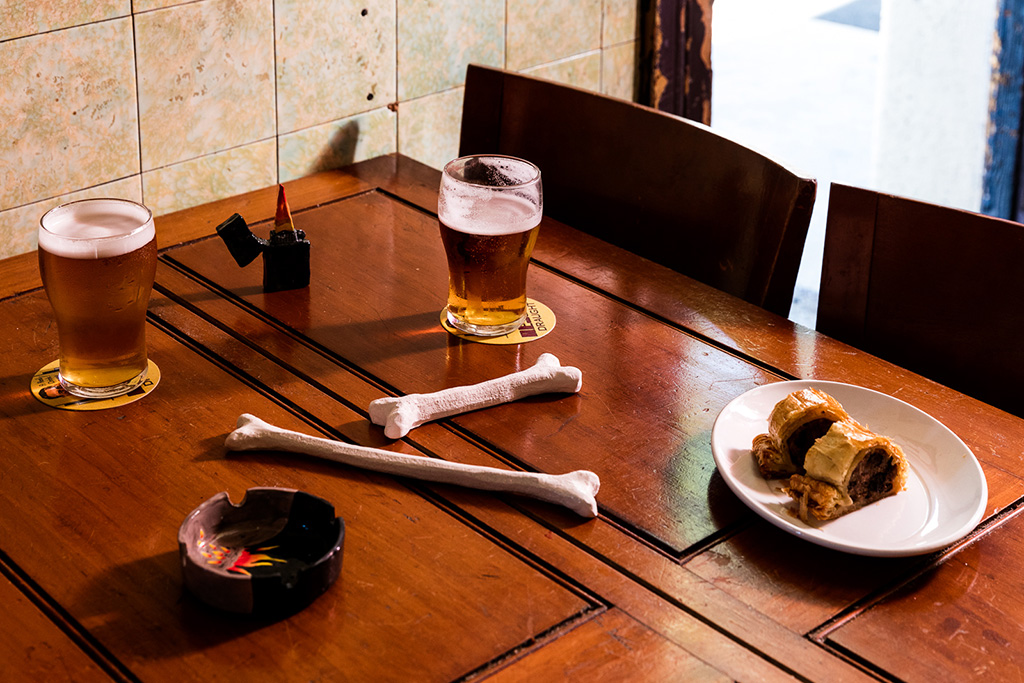 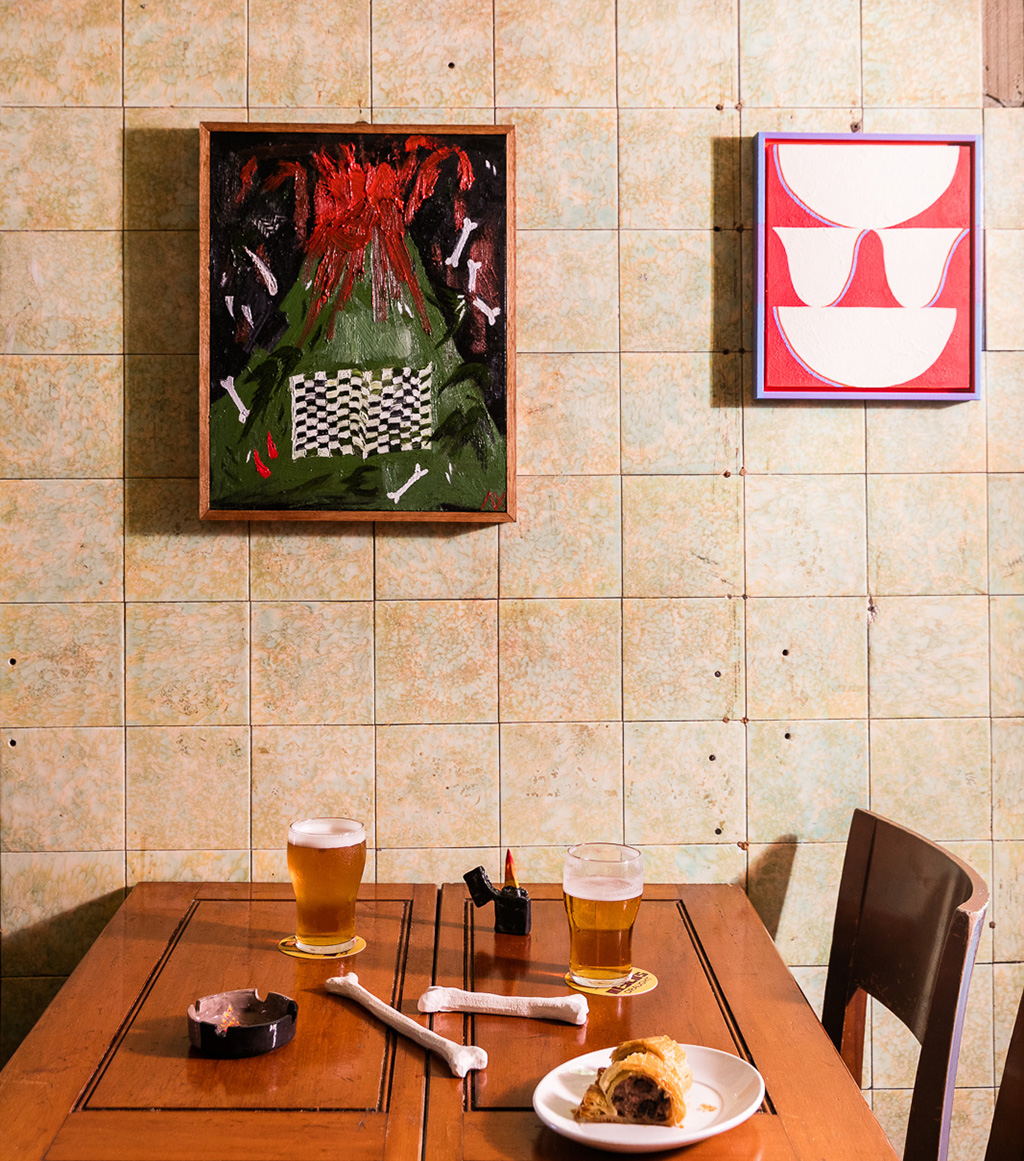 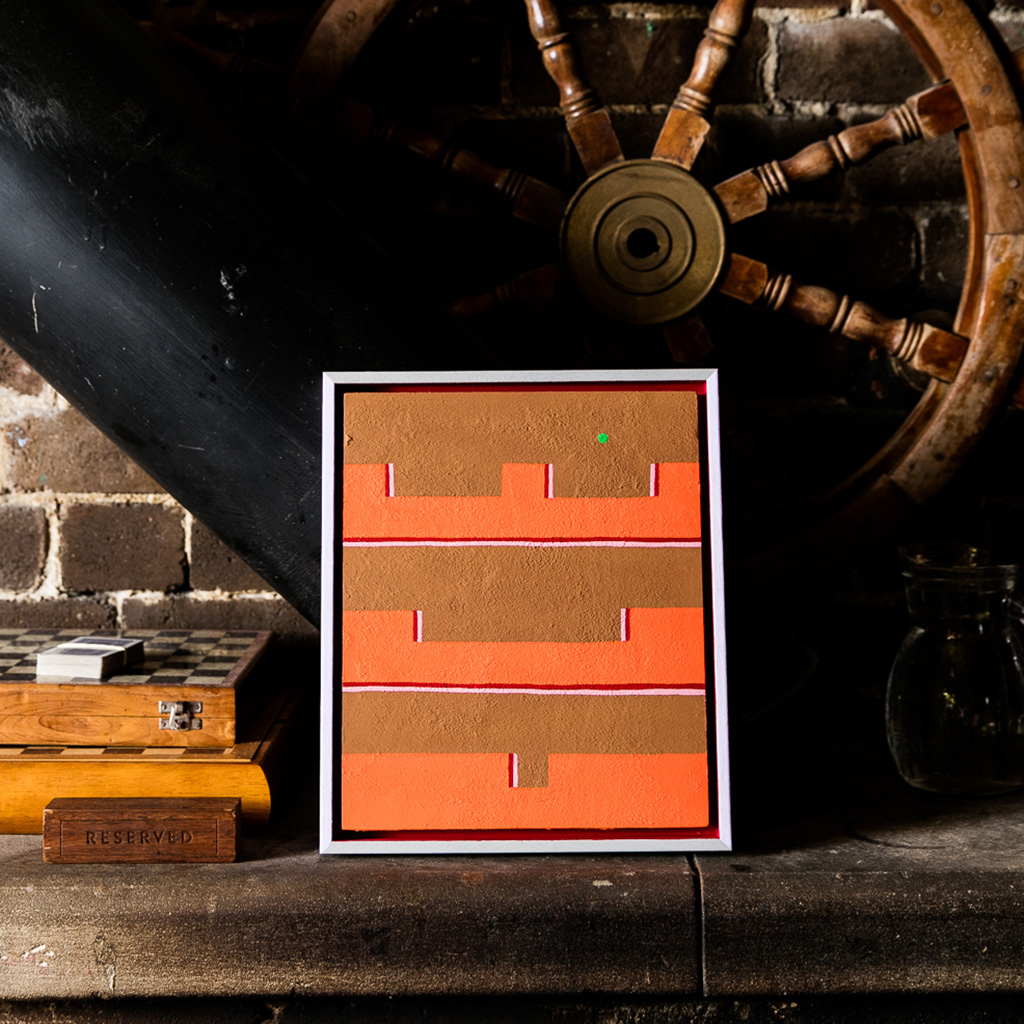 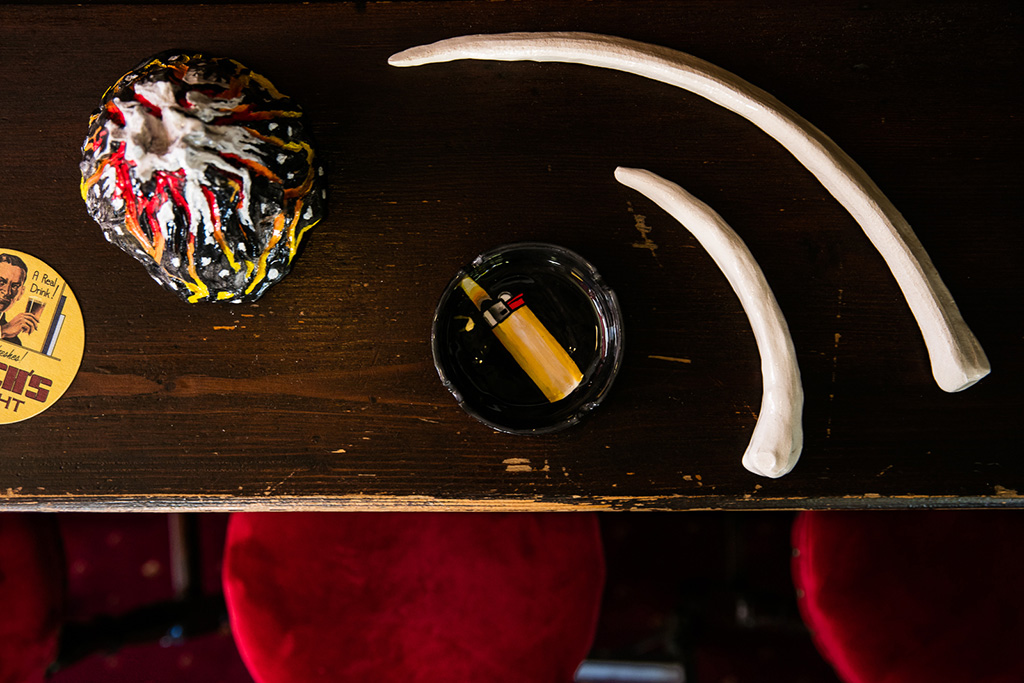 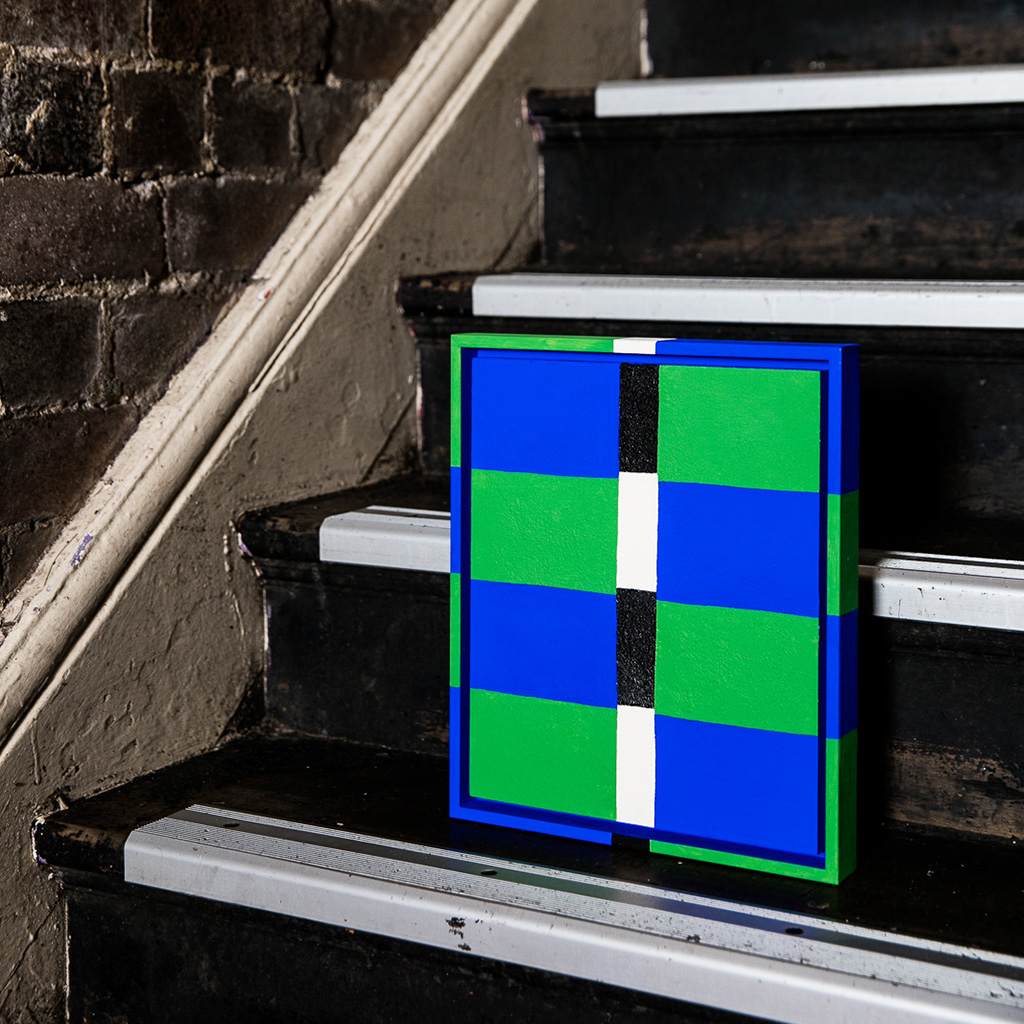 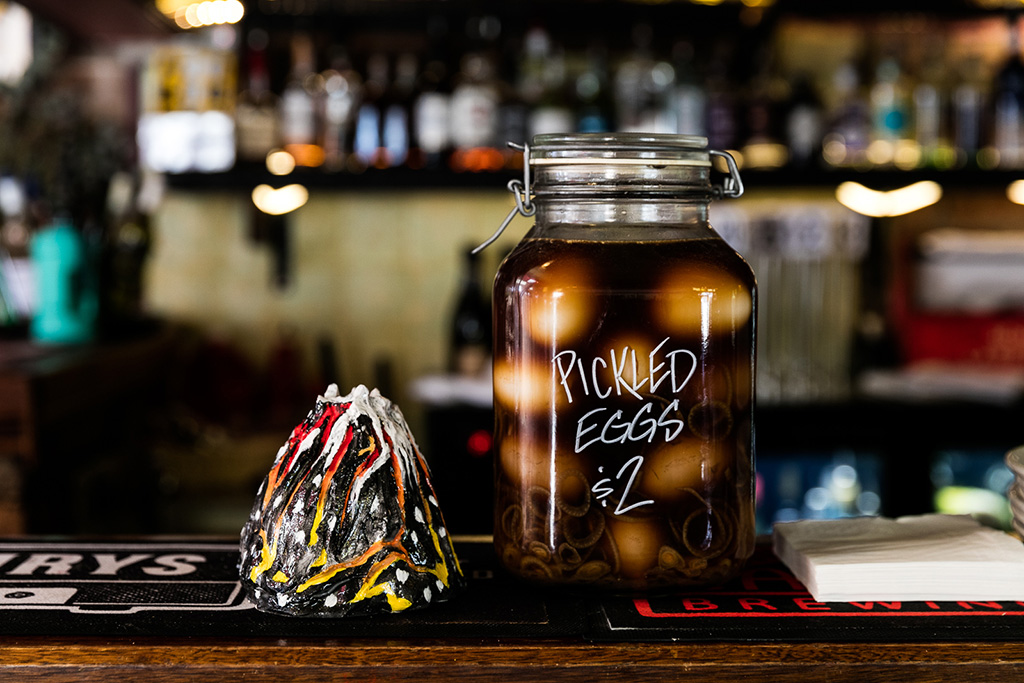 Alex Xerri’s work explores the discovery of the wonders of the ancient debris of life in foreign lands. Her paintings are playful, and rough, in bright, fiery palettes, and robust in texture.

Exploring the globe, she has gathered visuals from unique landforms, natural history museums and Palaeontology and Zoology Departments. There’s tension between representation and abstraction, in the discovery of prehistoric dinosaurs, documented as bright, goofy bones.

In this body of work, ‘Jurassic’, paintings document fossils re-emerging from the Earth’s crust, discovered by intrepid palaeontologists in sedans traversing unknown lands. There is the excitement of archaeological excavation and discovery. Perceptible also is the aesthetic sensibility, of a pastiche of vintage TV and cinematic influences ranging from wildlife documentaries, gritty cartoons, and the exciting mood and super-charged pace of 1980’s high-speed car chases.

Alex Xerri is a painter/ceramicist from Sydney. She has completed a Bachelor of Fine Art majoring in painting at the National Art School and is currently completing a Masters of Fine Art at National Art School, majoring in painting. Former Co-Host of radio program ‘Retro-Rehash’ on Blue Mountains Radio, Xerri has exhibited in a number of exhibitions since 2016, including at Carriageworks and Alaska Projects in Sydney, as well as internationally in England and the United States of America.

Saint Cloche most recently revealed Xerri within NEXT at Sydney Contemporary 2019 – a recent annexe that showcased the next generation of talent with 50 works from artists under the age of 40.

“A sip, a smack, a beat alright.
Who are you, is that your new face, friend?
Blues for muse, reggae for real. Jazz the stage, bass can wait.
The moon ain’t full yet,
Today nor tomorrow is here either.
Fast or slow, I don’t care so long it’s sweet. Let’s get away from here before it’s too late.”

In this body of work, Evi O captures energy and explores tension by contrasting colour, lines, curves, texture and space. The narratives are raw and unfiltered, the paintings explorative, offering visual and emotional escapism for those who care to peruse further.

‘Borrowed Time’ is a visual recollection of Evi O’s jagged hours spent with fine friends and entertaining strangers. A riff of conversations, a strum of laughs, awkward beats, these moments were short, yet sharply everlasting.

Evi O is an award-winning multi-disclipinary designer and self-taught artist based in Sydney. With a curious eye and mind, she is constantly exploring and observing her surroundings. Through paint, Evi O continues to explore the use of dominant abstract shapes, although the compositions she presents are broadly suggestive of earthly forms – animal, plant or constructed. The creatures she depicts, and the scenes that she relays are symbolic of people, places and scenes that have left their mark – and this affords her an intimacy with her subjects that infuses the images with emotional resonance.

Colour is the cornerstone of Evi O’s practice, and her works are reduced, abstracted, and finely balanced colour works. Running a design practise that exposes her to 3D forms, and spatial design brings a unique dimension to her artworks. Saint Cloche most recently revealed Evi O. with a sellout show, FANTASIA at Sydney Contemporary 2019. 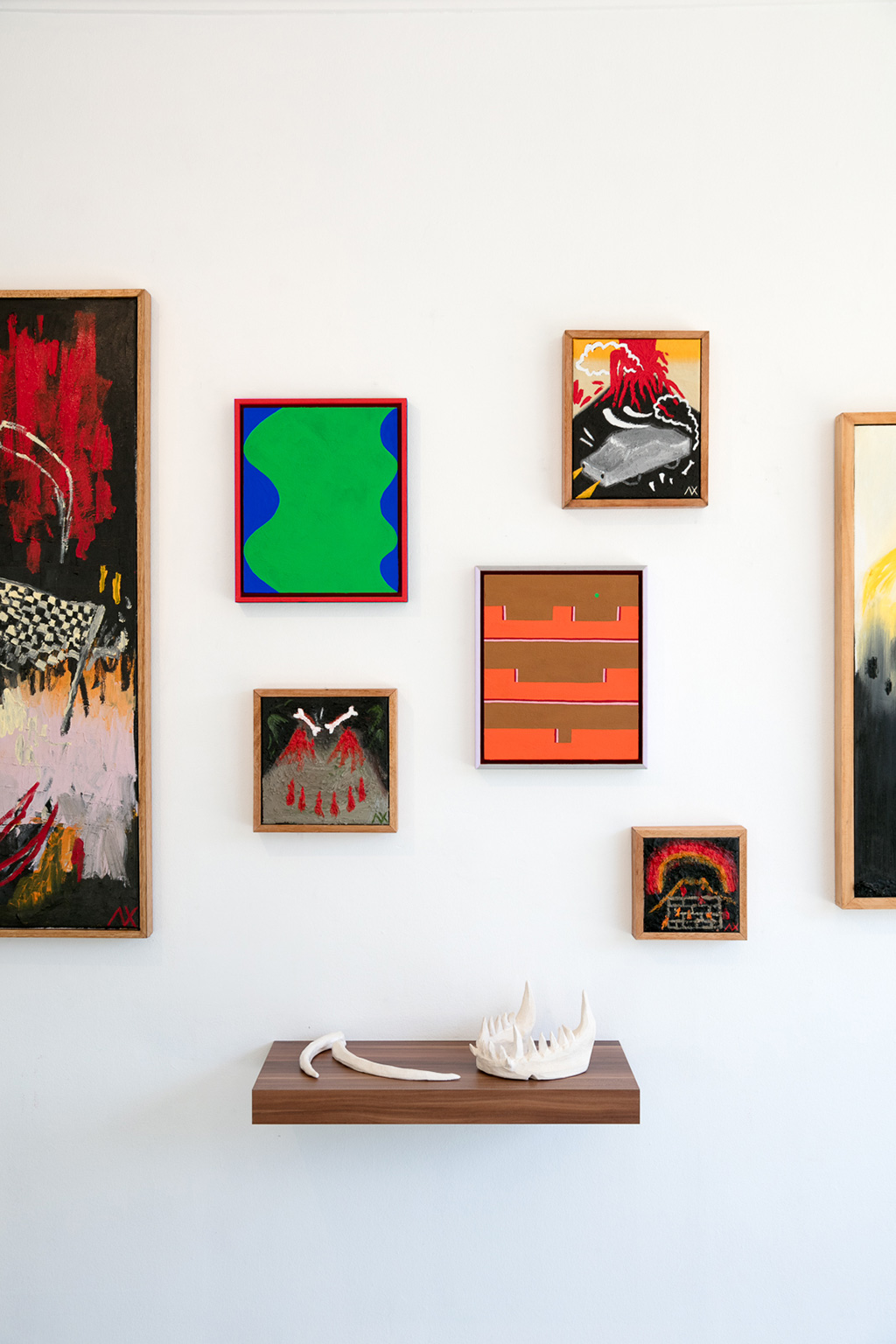 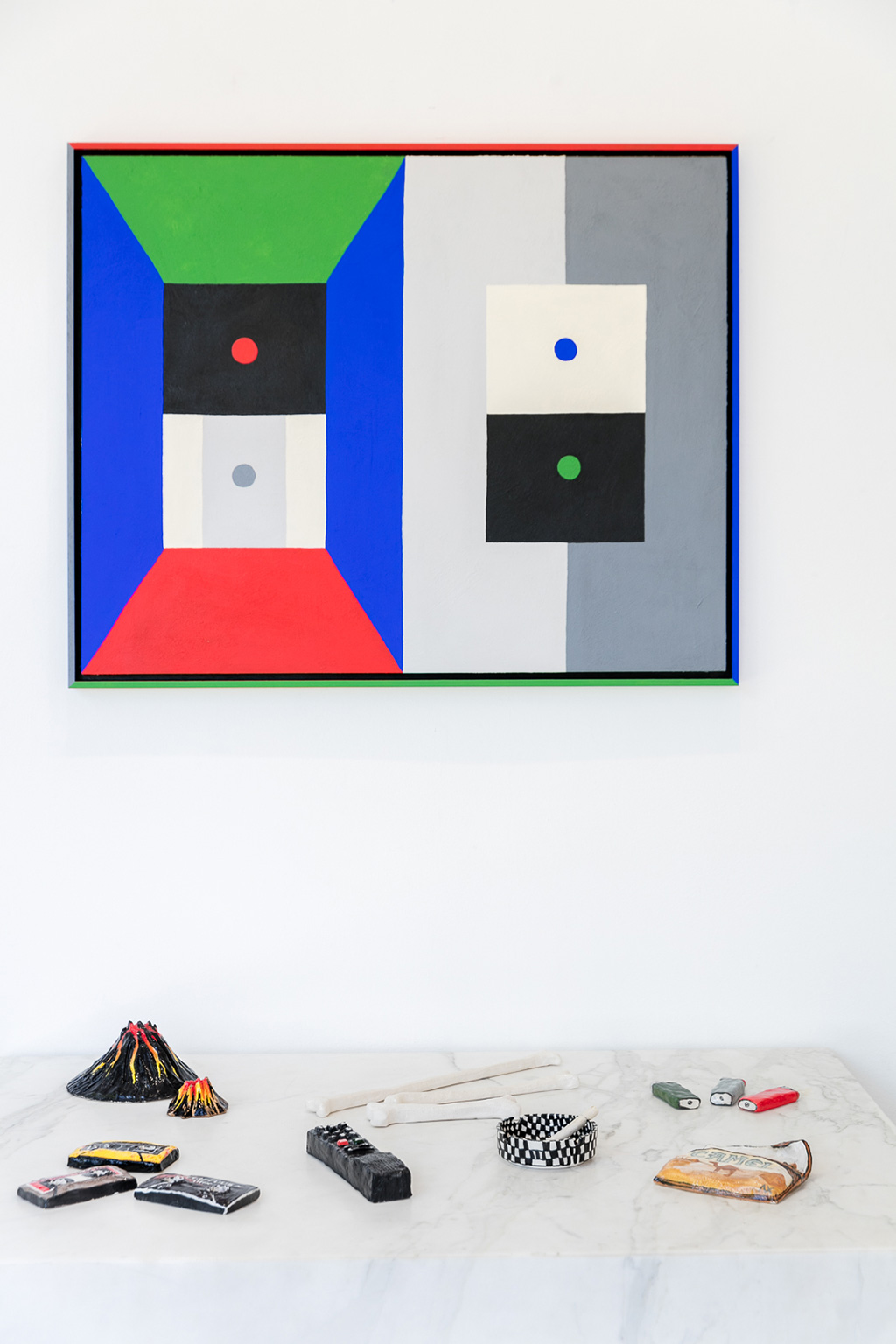 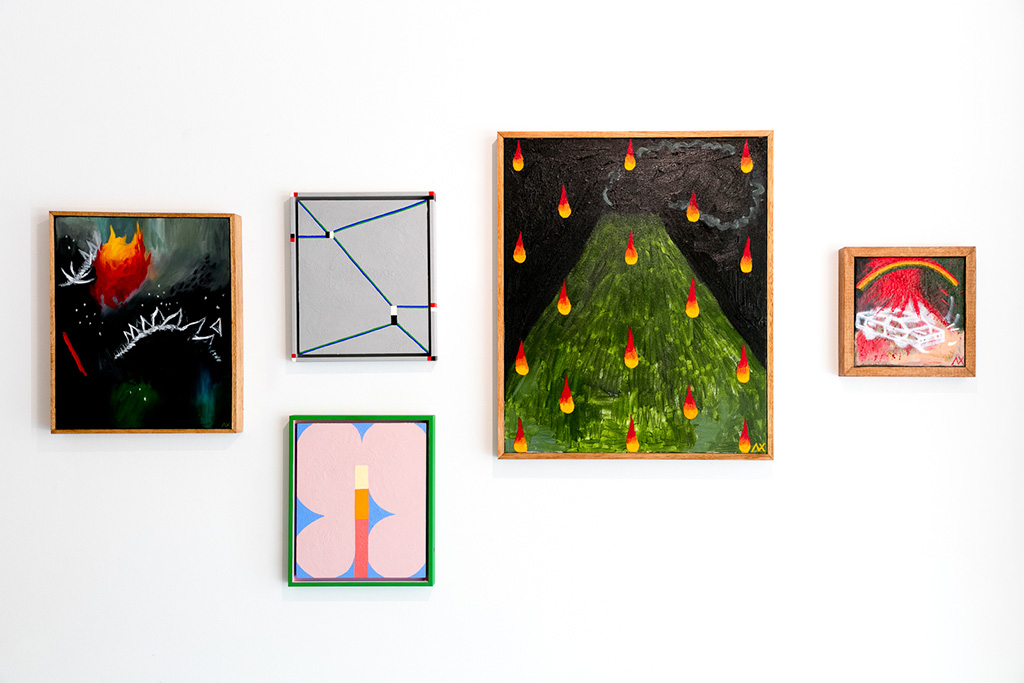 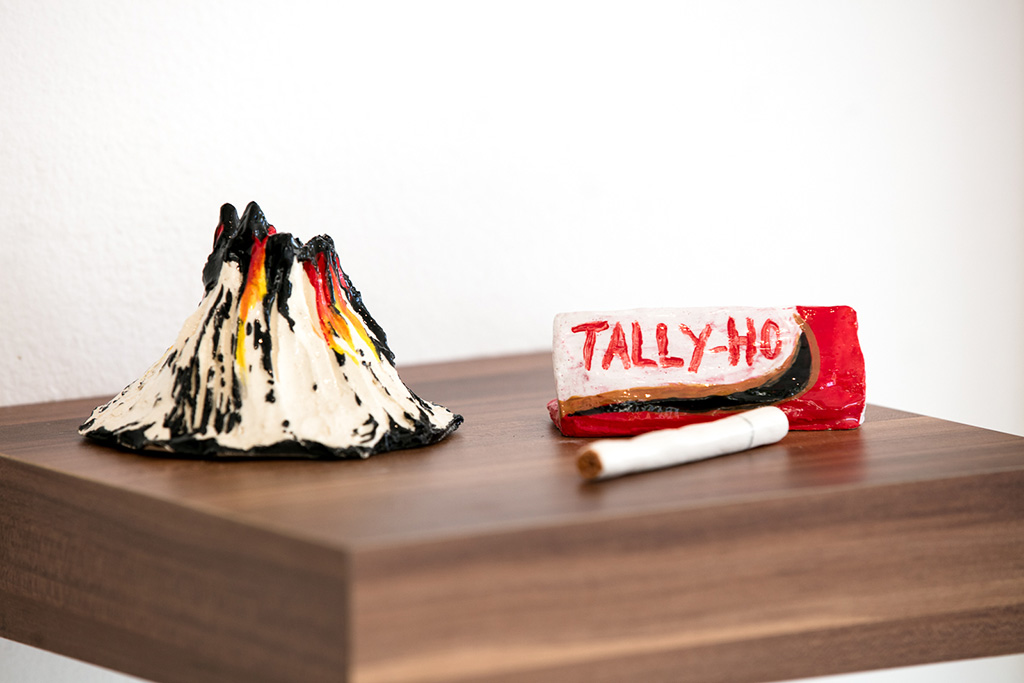 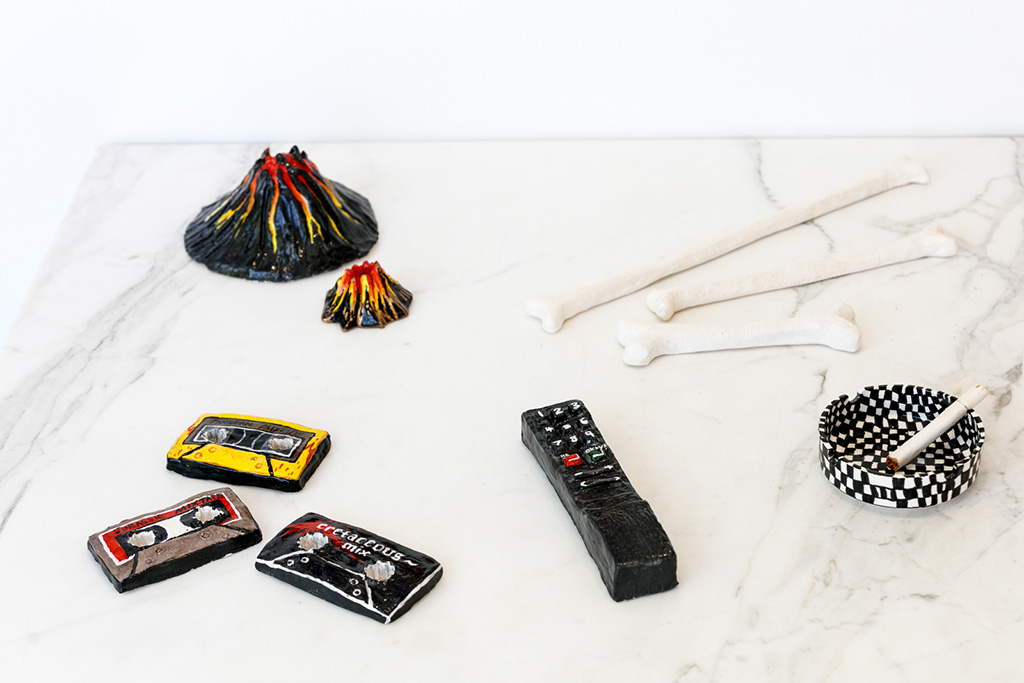 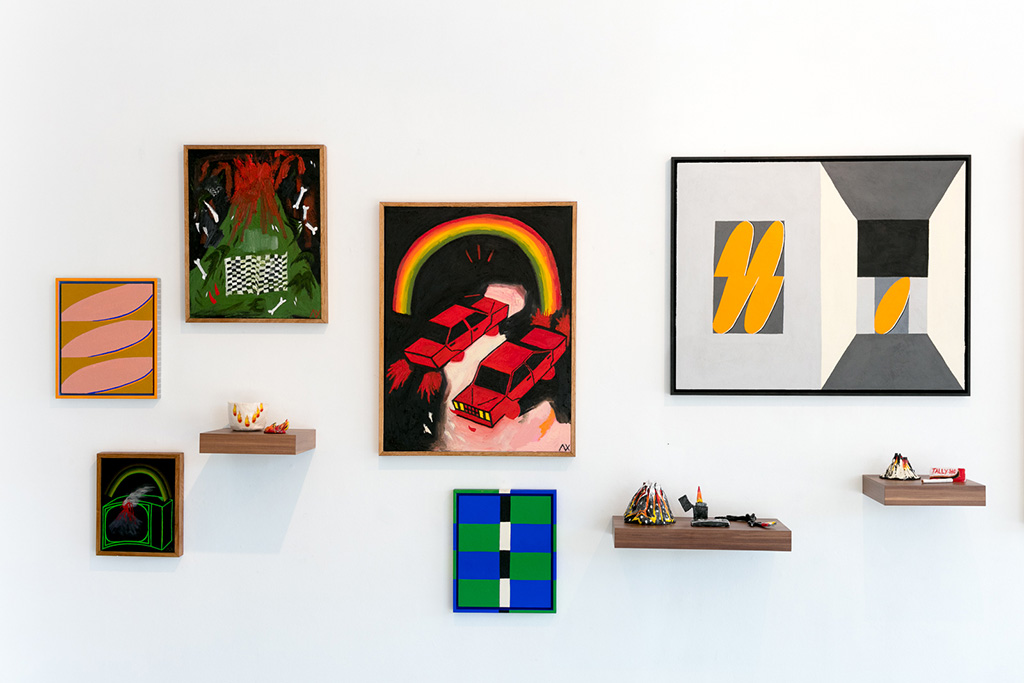 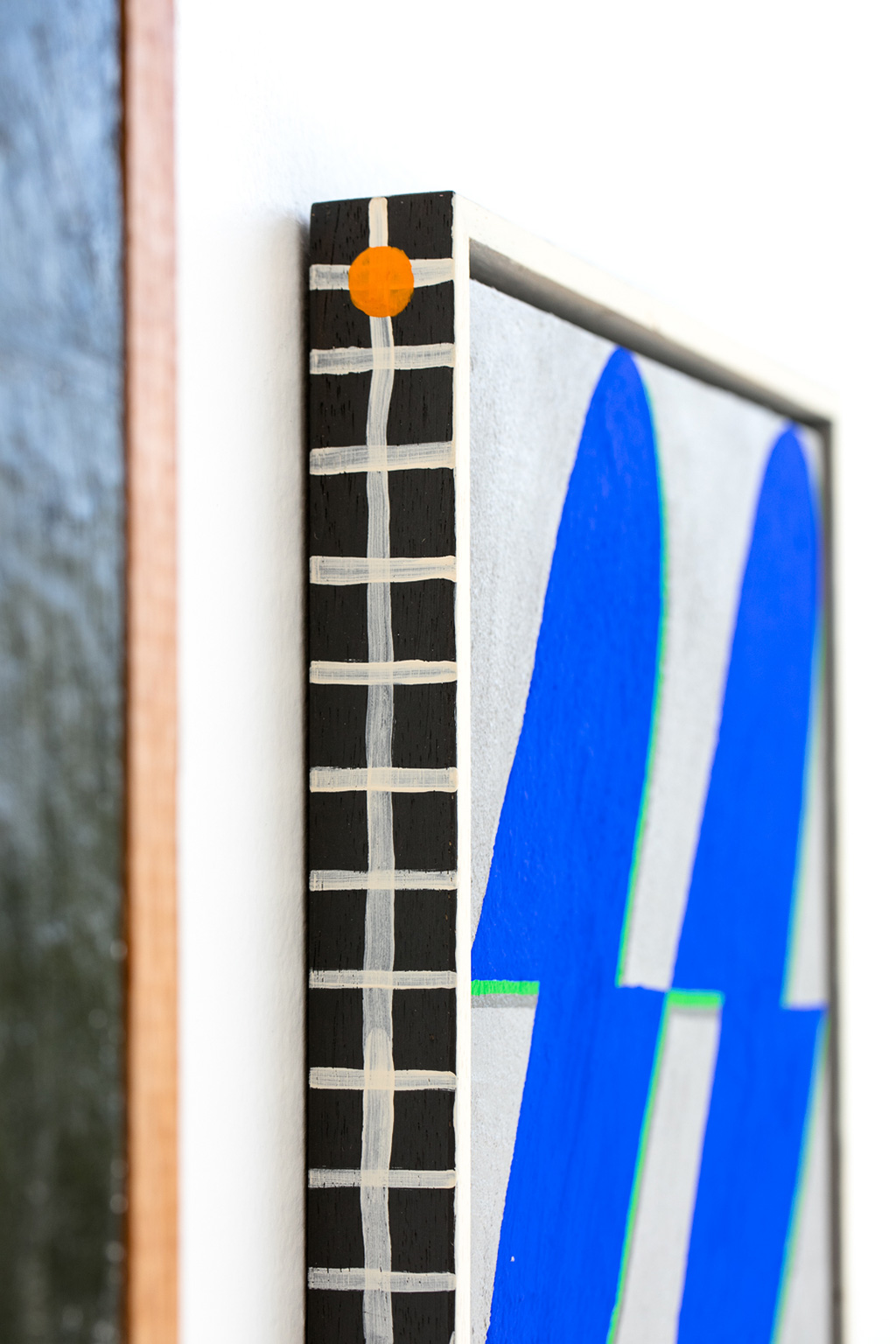 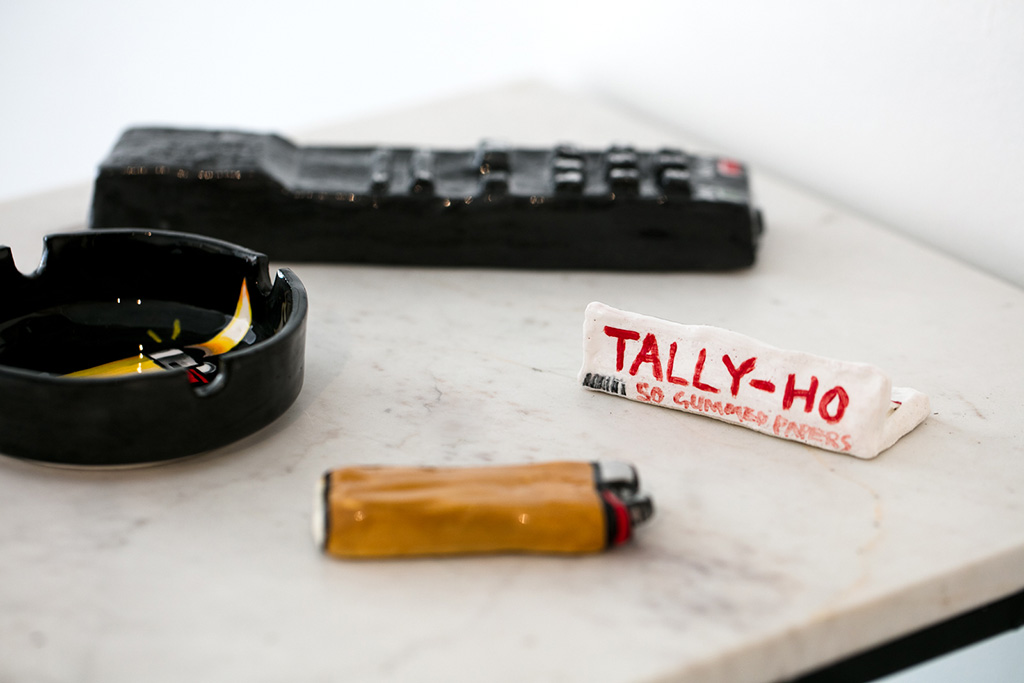 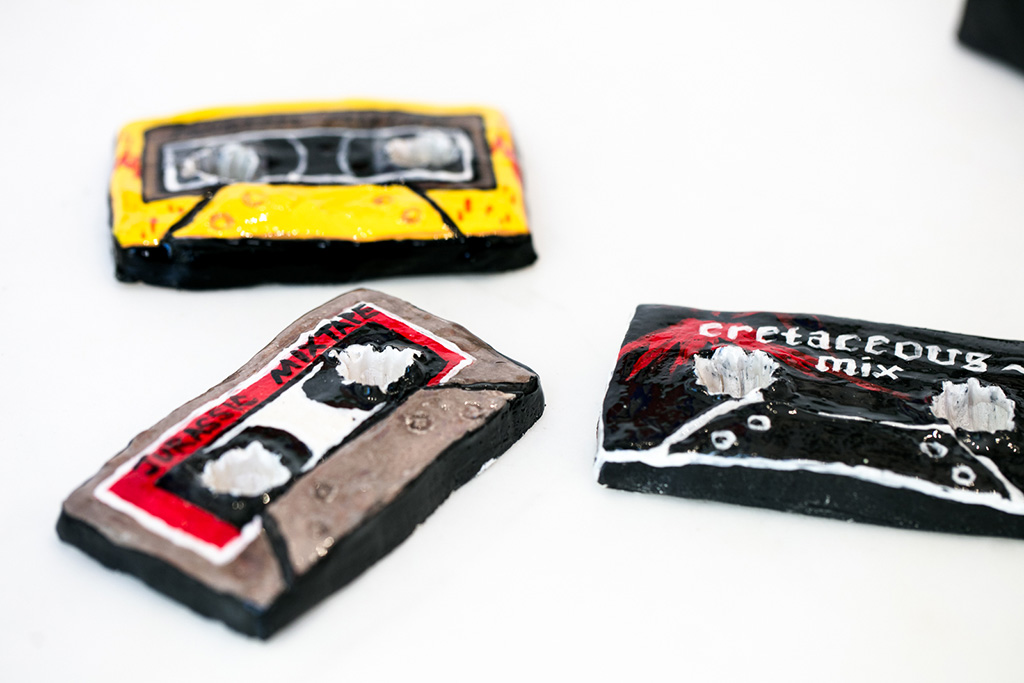 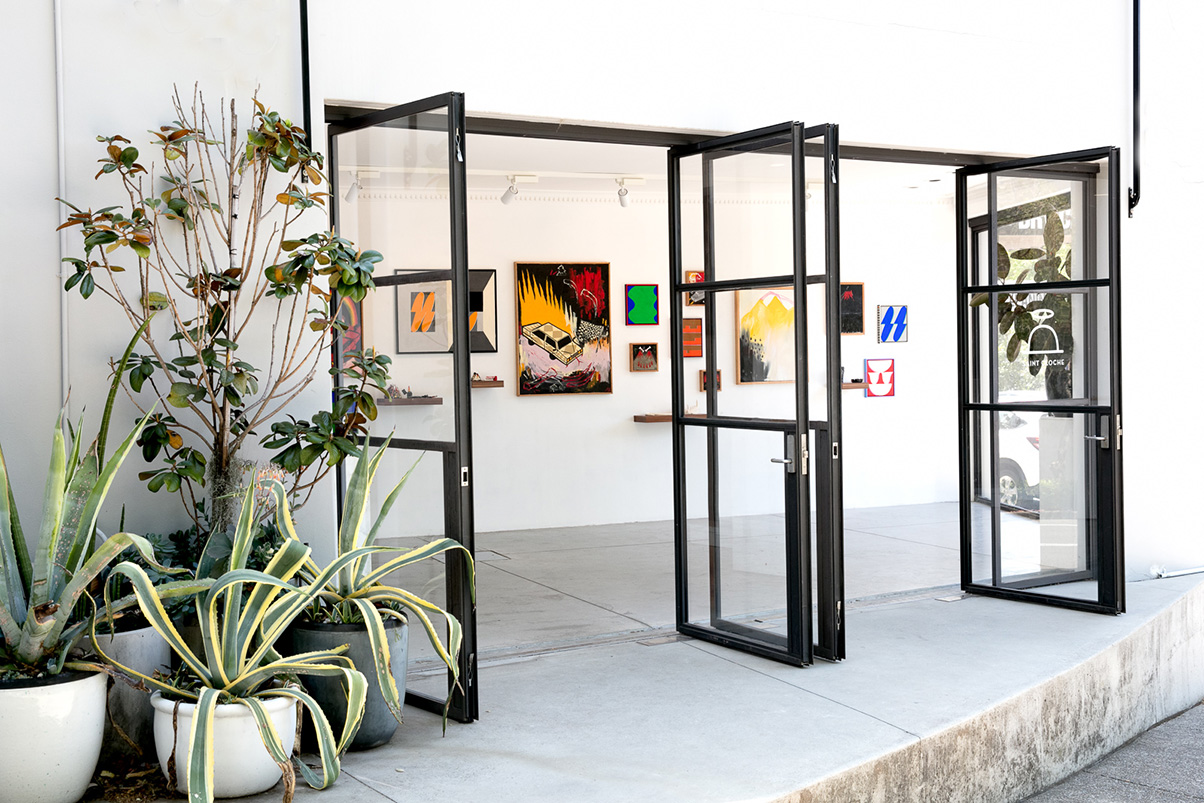 MUSIC TELEVISION is proudly sponsored by CAMPARI, a brand with a rich legacy of collaborating with creative minds and emerging artists. On the night, we will be serving the timeless classic, Campari & Soda, and the iconic Negroni.