While Tyrone is a New Zealander by birth, he has firmly entrenched himself into the Australian culture as artist-in-residence at the onsite Saint Cloche studio – a popular fixture in the Paddington neighbourhood as he paints the ’people-scapes’ and all of the characters that pass him by as they go about their days.

This body of new oil paintings will focus on the Eastern Suburbs of Sydney, including the secret little bays and beaches of Vaucluse to the iconic Bondi Beach. There will also be scenes of urban life, showing the neighbourhoods of Paddington and Woollahra. Attention to detail is an important part of this series, with a close focus on fashion, trends, and way of life.

Tyrone’s oil on canvas people-scapes are fresh and sensitively drawn observations of human behavior, layered with intricate exchanges between characters in the background whilst making confidently broad statements about people and culture – documenting the ways of the people in his newfound home. 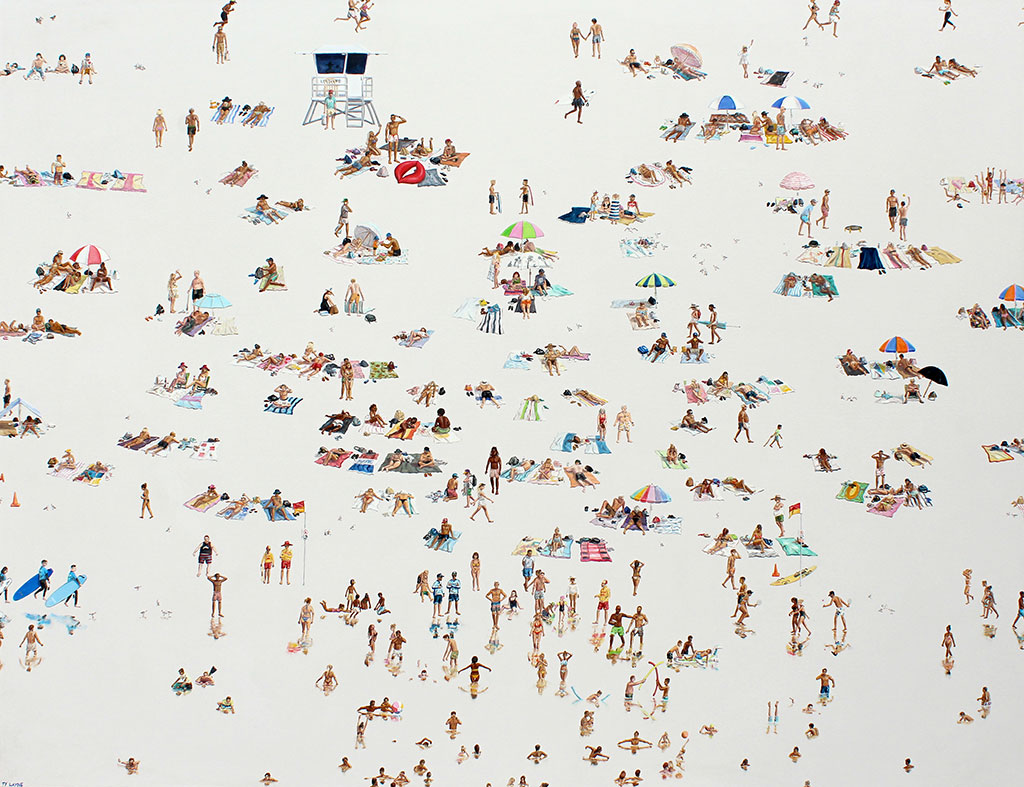 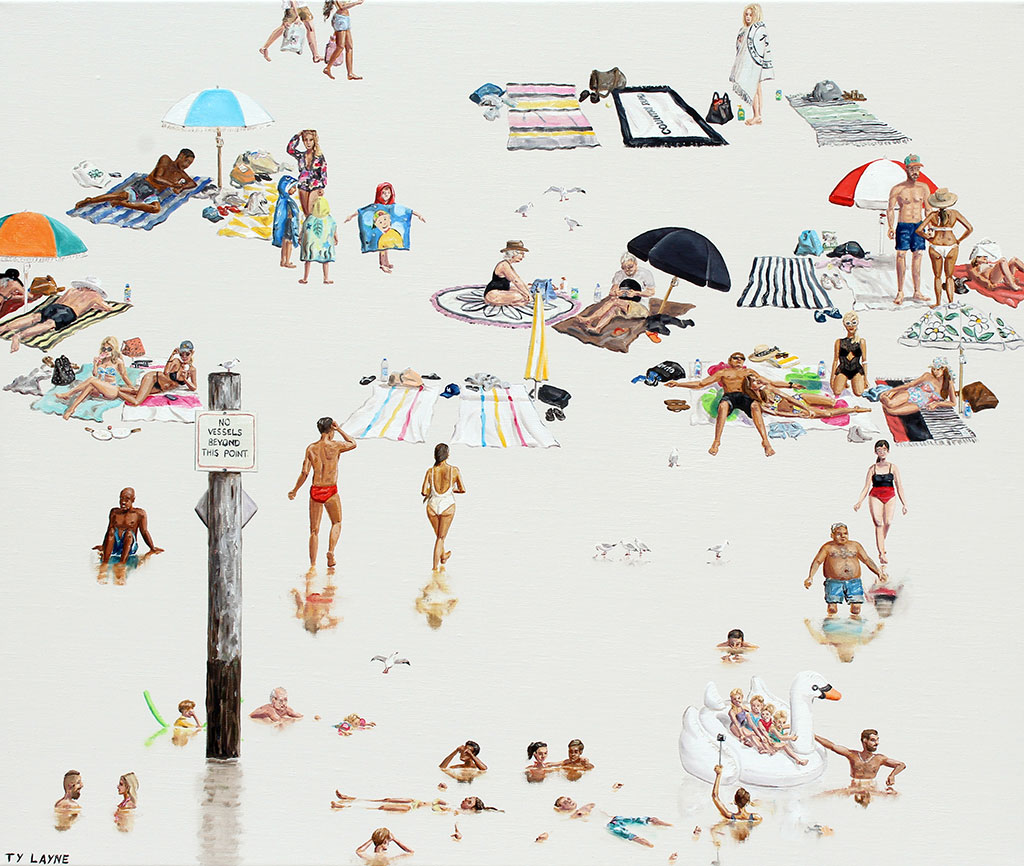 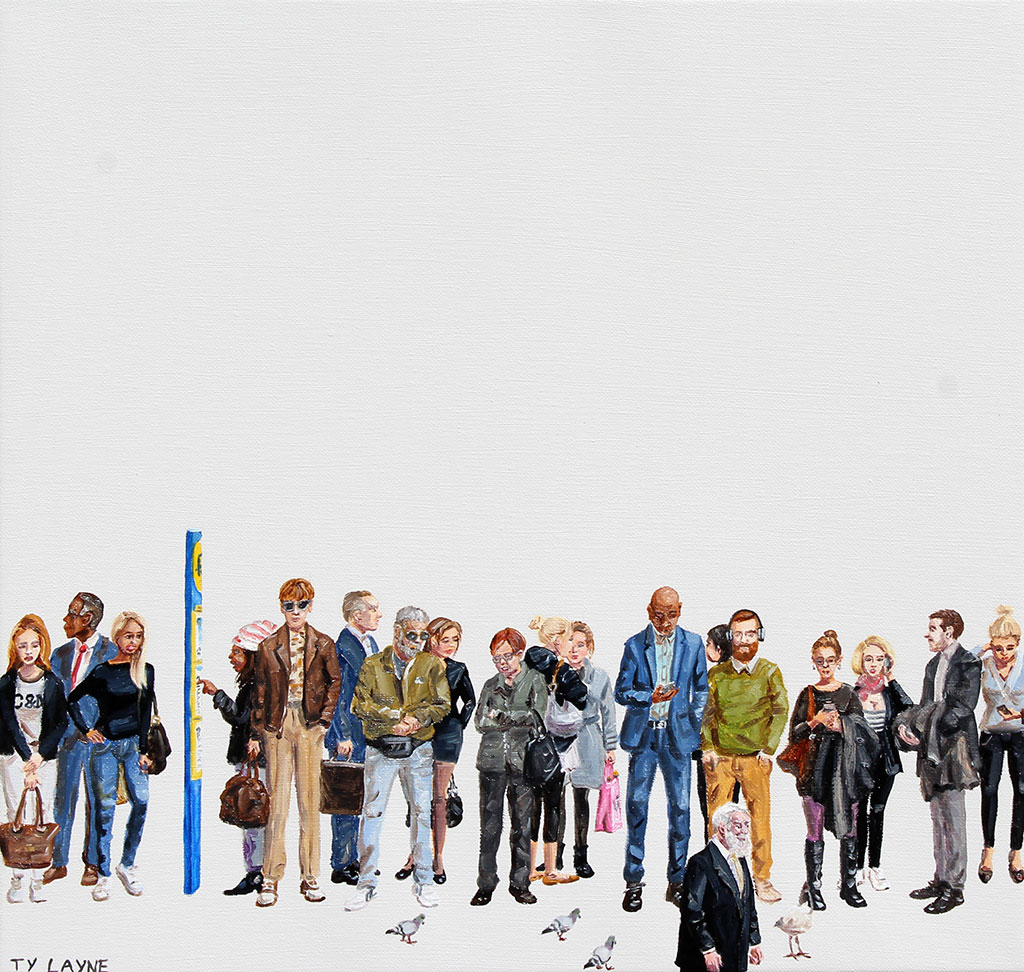 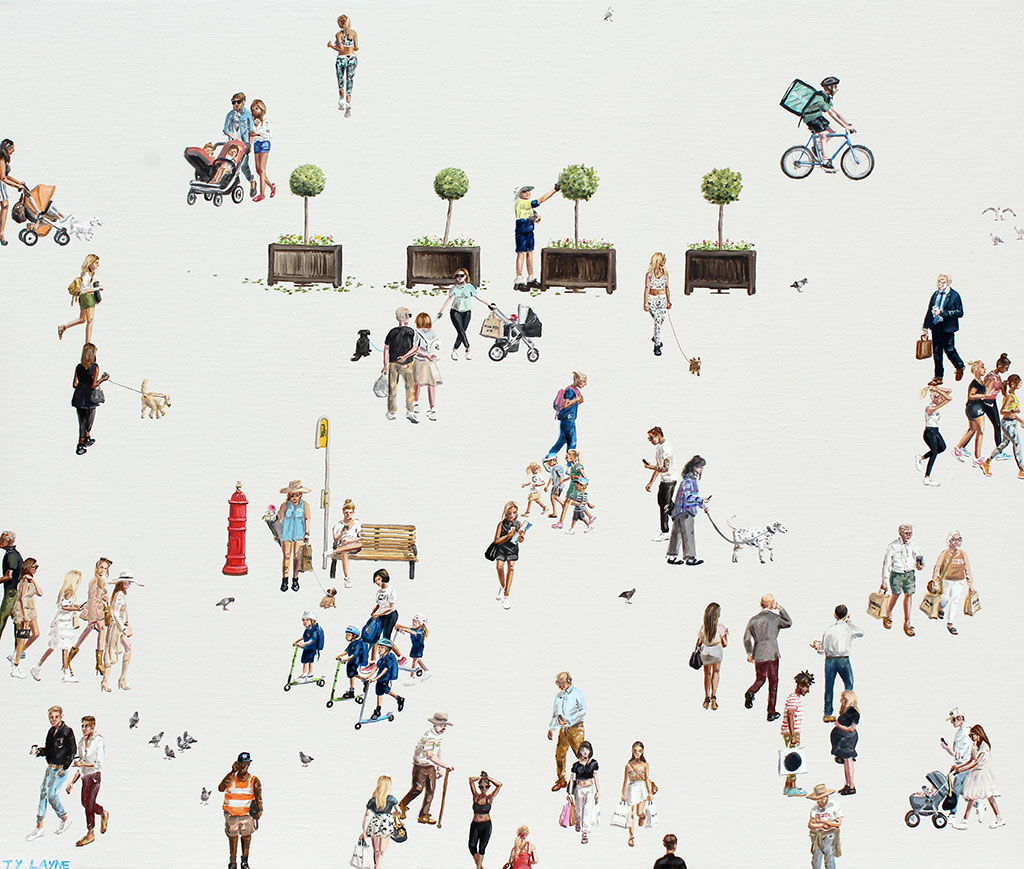 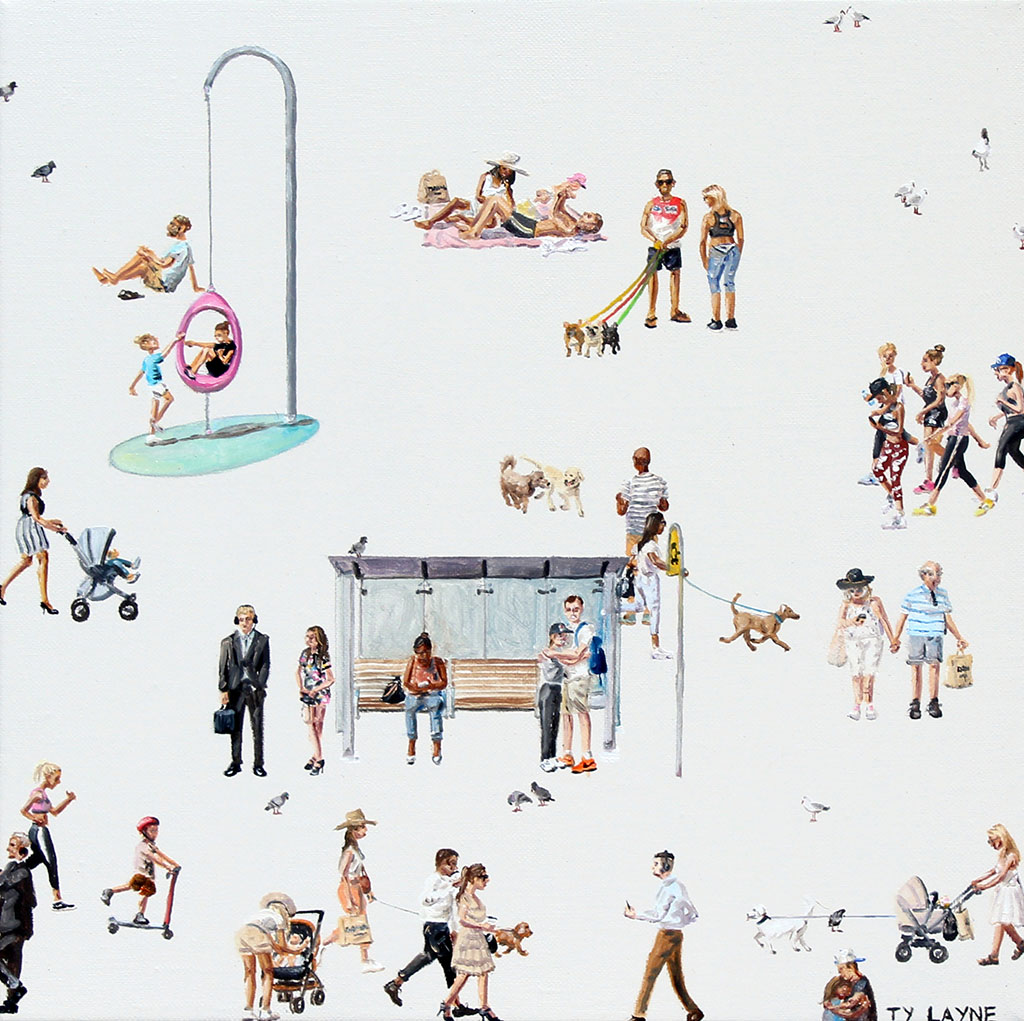 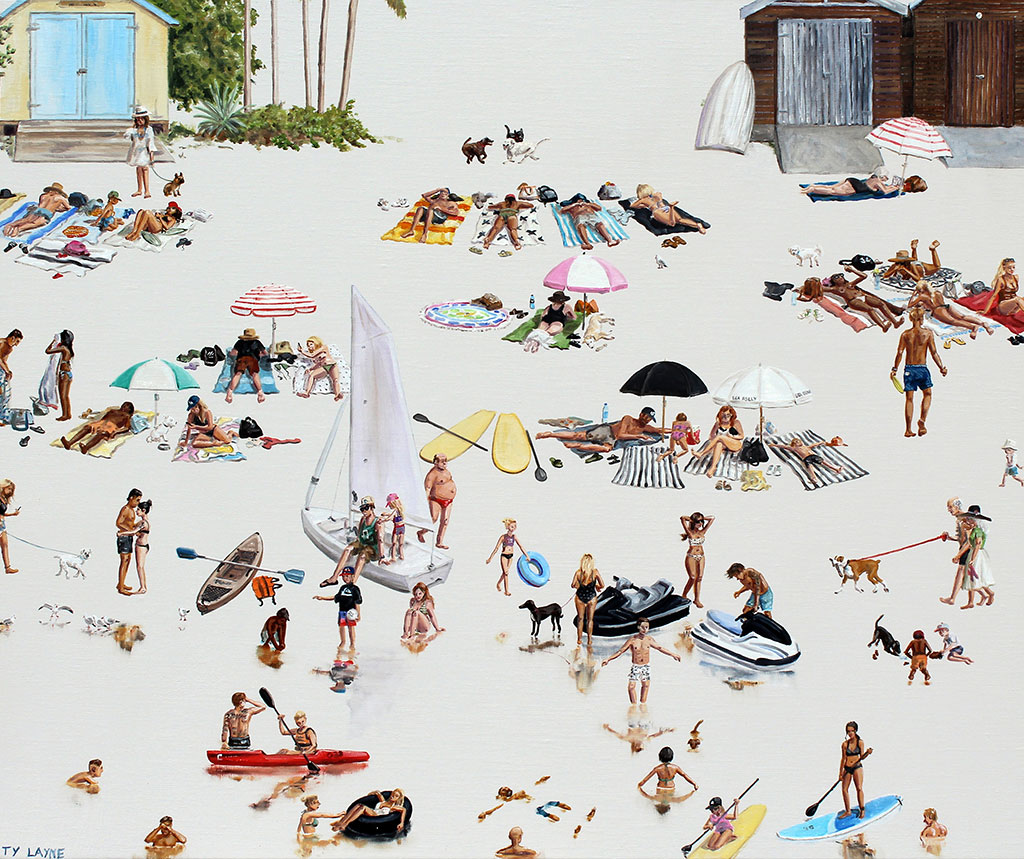 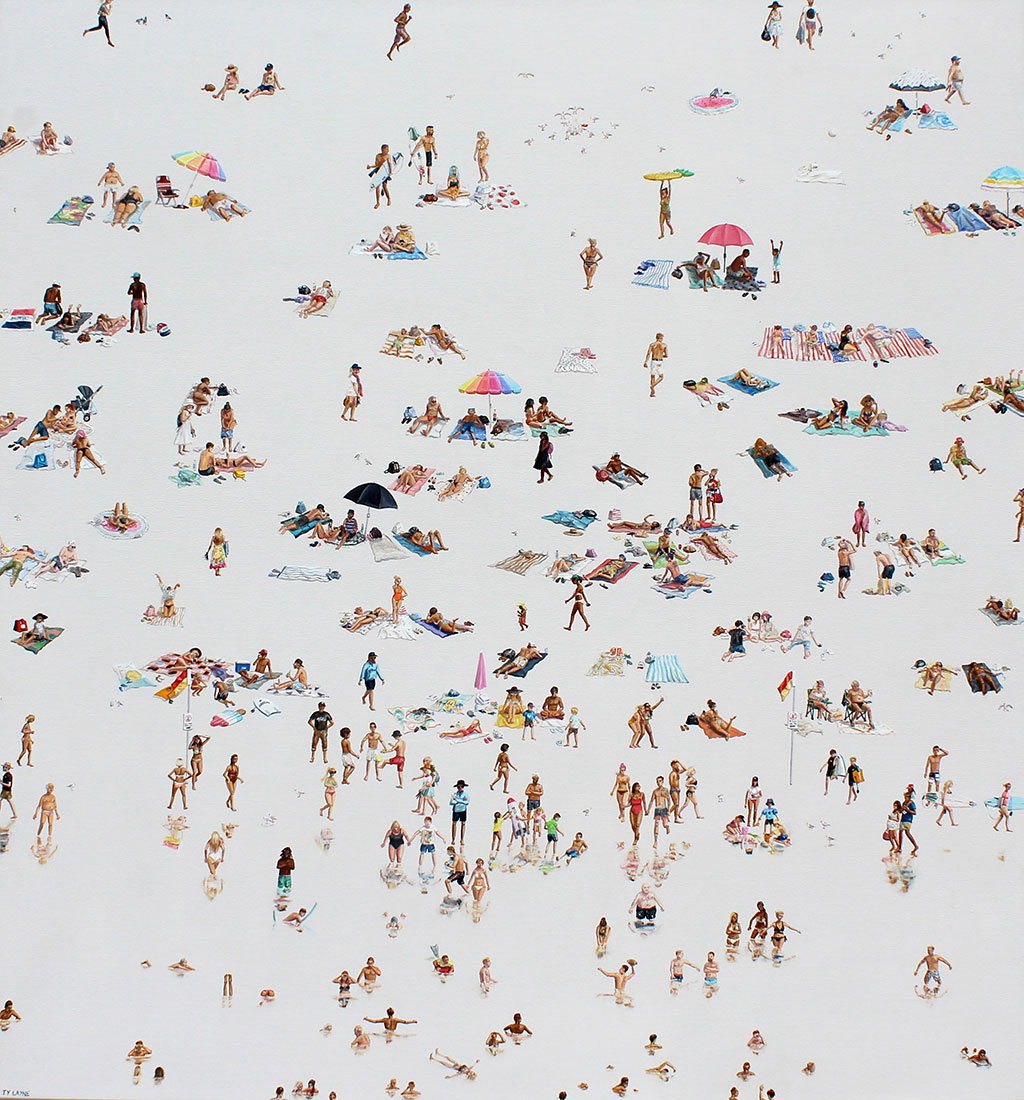 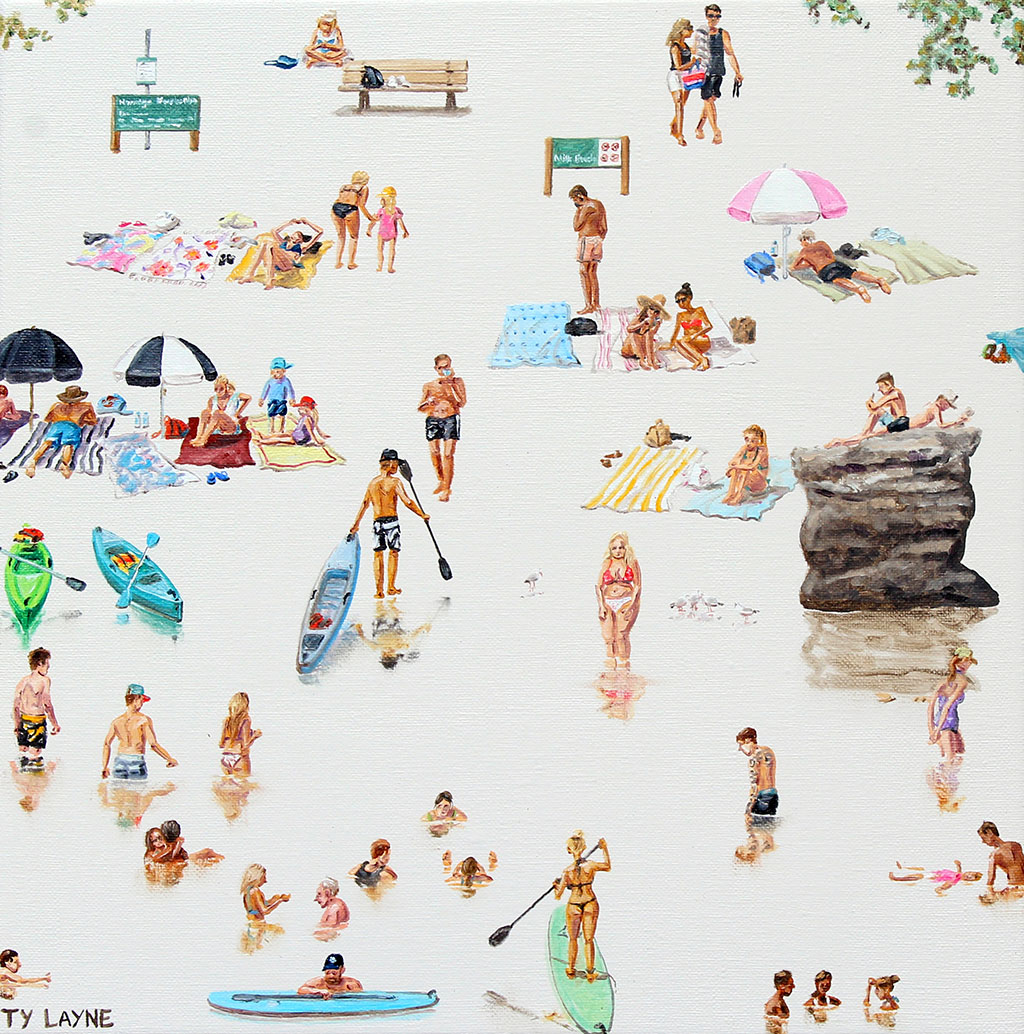