Following on from ‘Plastic Fish’, Waters’ successful prior exhibition of works, Coral Lands is a series of photographs constructed in large water tanks, in which unique marine creatures are arranged amongst live rock and florals to present strange and other- worldly landscapes.

These unusual and precious sessile animals exist alongside bright colours and night sky backdrops, creating familiar yet dream like vignettes, encouraging the viewer to delve into their own imagination. Coral has long been a source of fascination and mystery for early philosophers and scientists. Theophrastus, Aristotle’s pupil included them in both his book on stones, and in his Enquiries on Plants describing them as “large stony plants that reveal bright flowers when under water.”

The works feature stars and moons which hint at the lunar relationship and cyclical synchrony within all nature, also symbolising the artist herself living with Premenstrual Dysphoric Disorder, a debilitating hormone-based mood disorder which follows a predictable, cyclic pattern where imbalances arise during the luteal phase of the menstrual cycle.

“Each planetary day, coral emerges at dawn and retreats at dusk. One magical night of the year on a full moon, entire coral reefs spawn, reproducing in synchrony. Their eggs are carried by ocean currents to create new life, shining a glimmer of hope for this disappearing life form. It is my hope that this series draws the viewer into the strange beauty and acute fragility of this life form and highlights the devastating impact of humans on our oceans.” 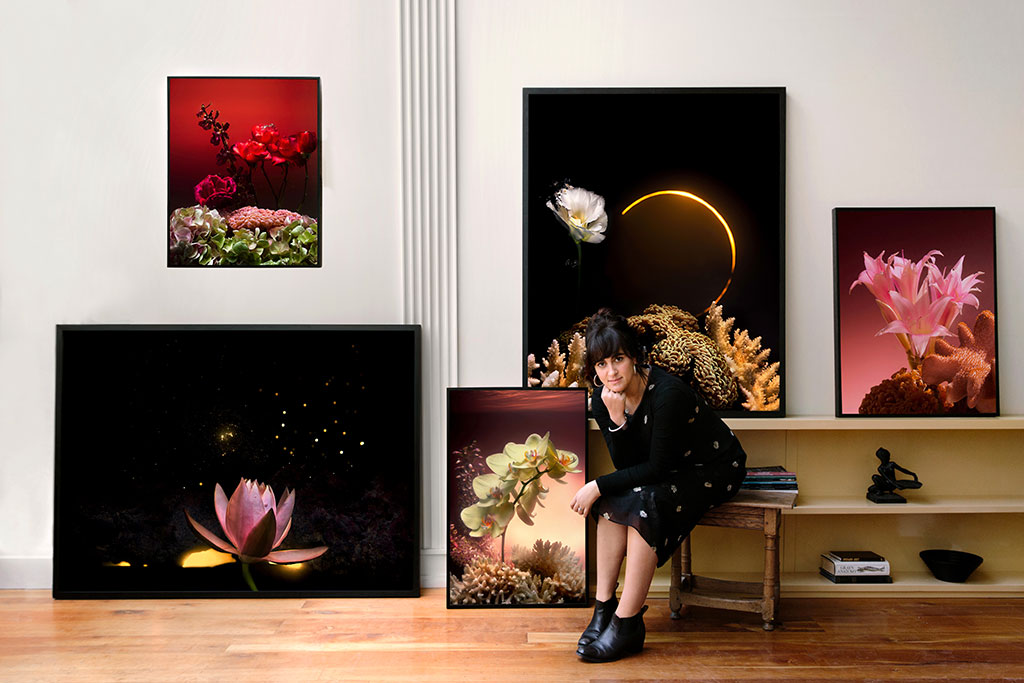 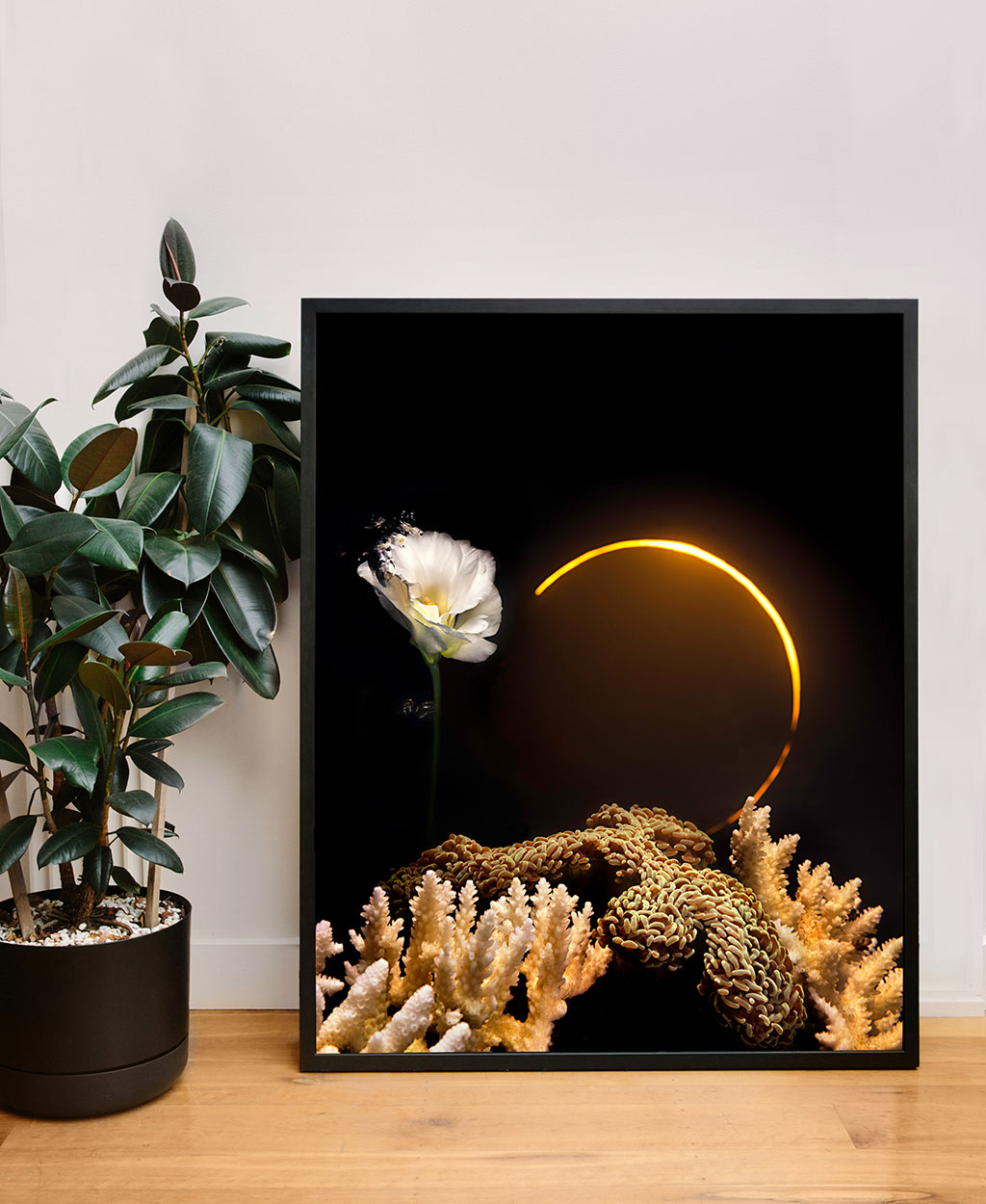 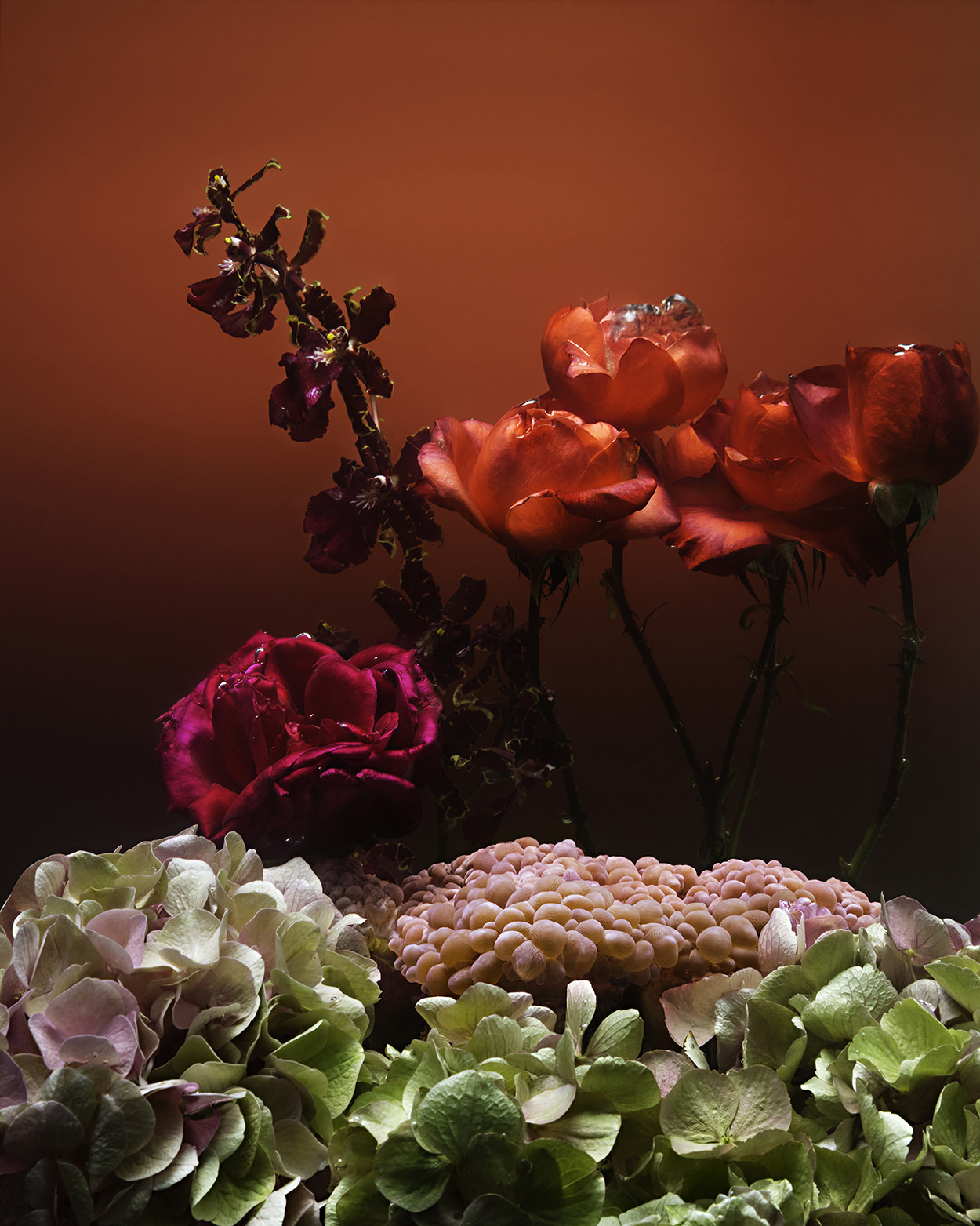 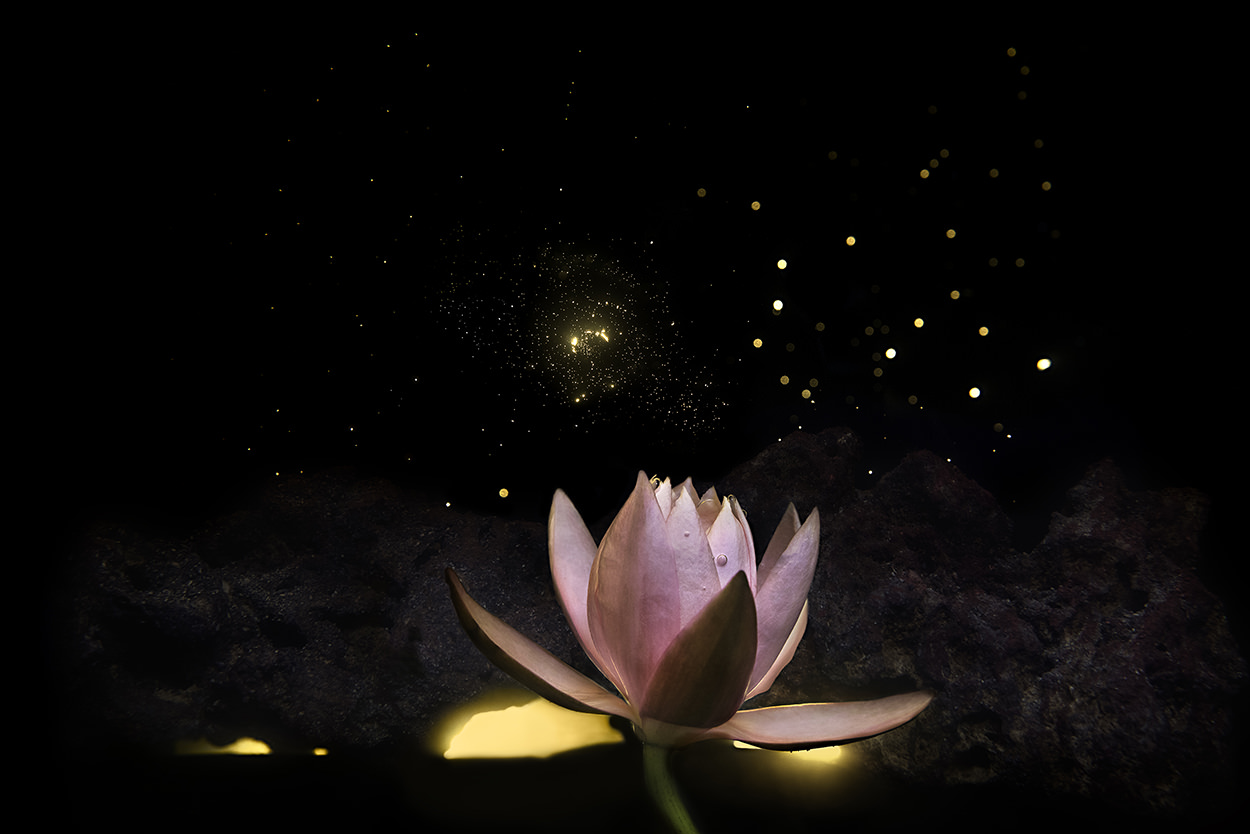 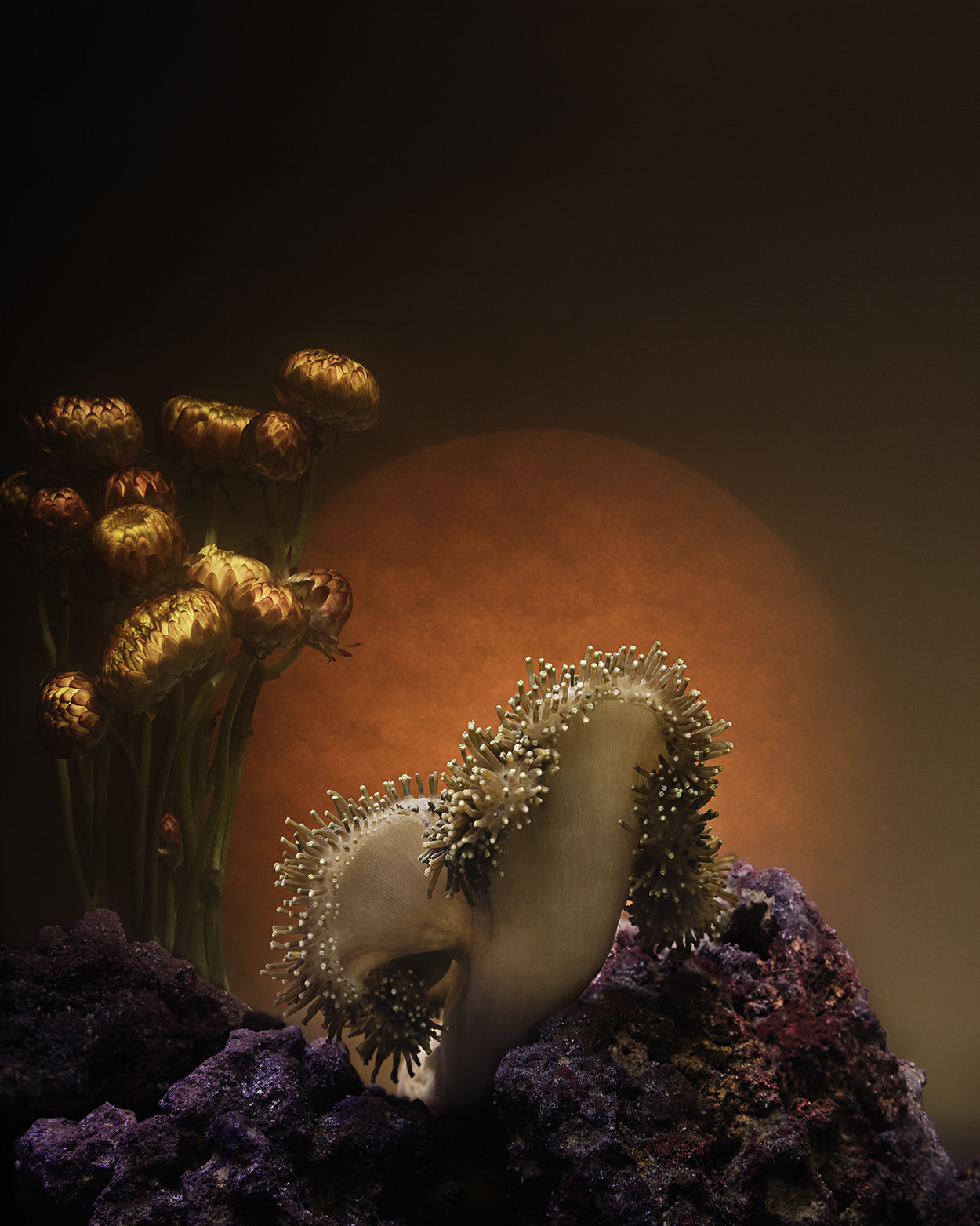 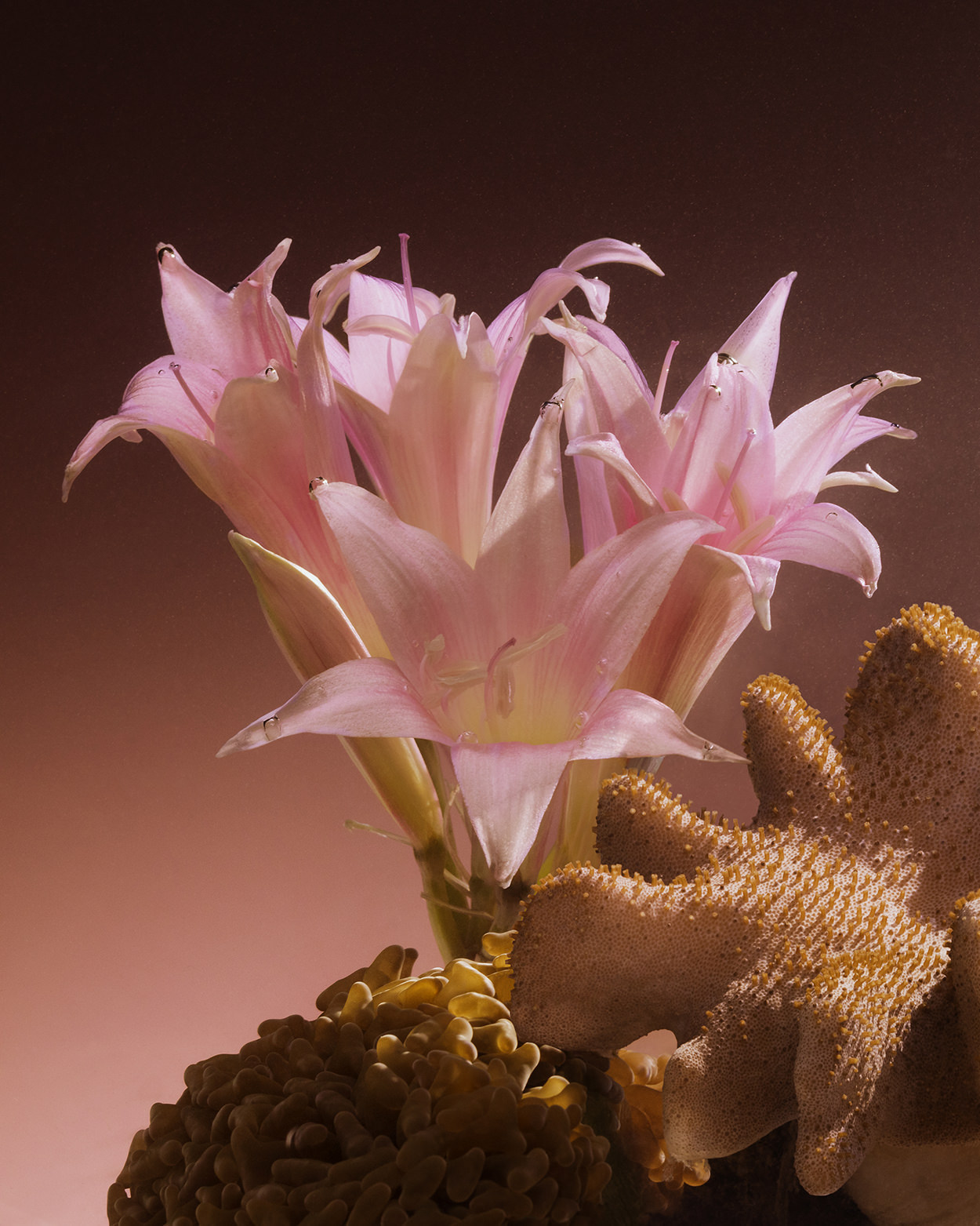 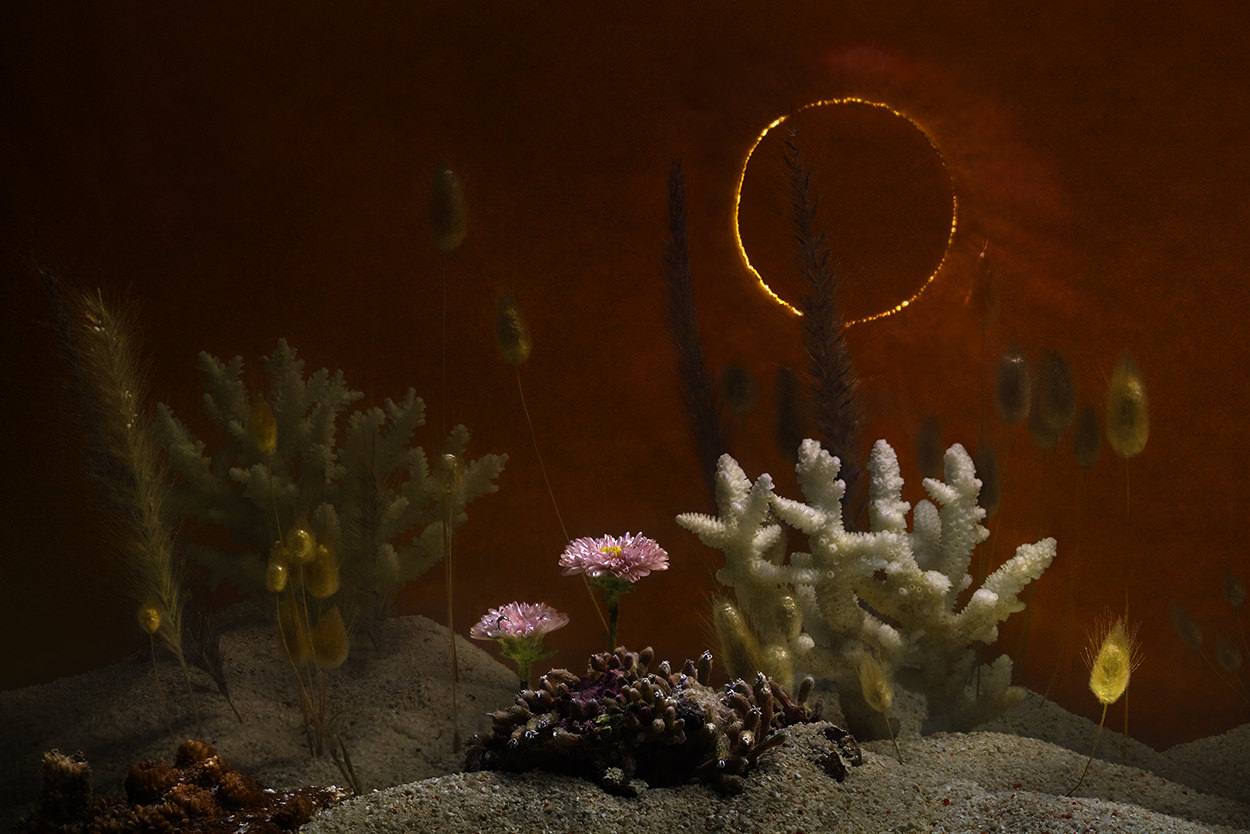 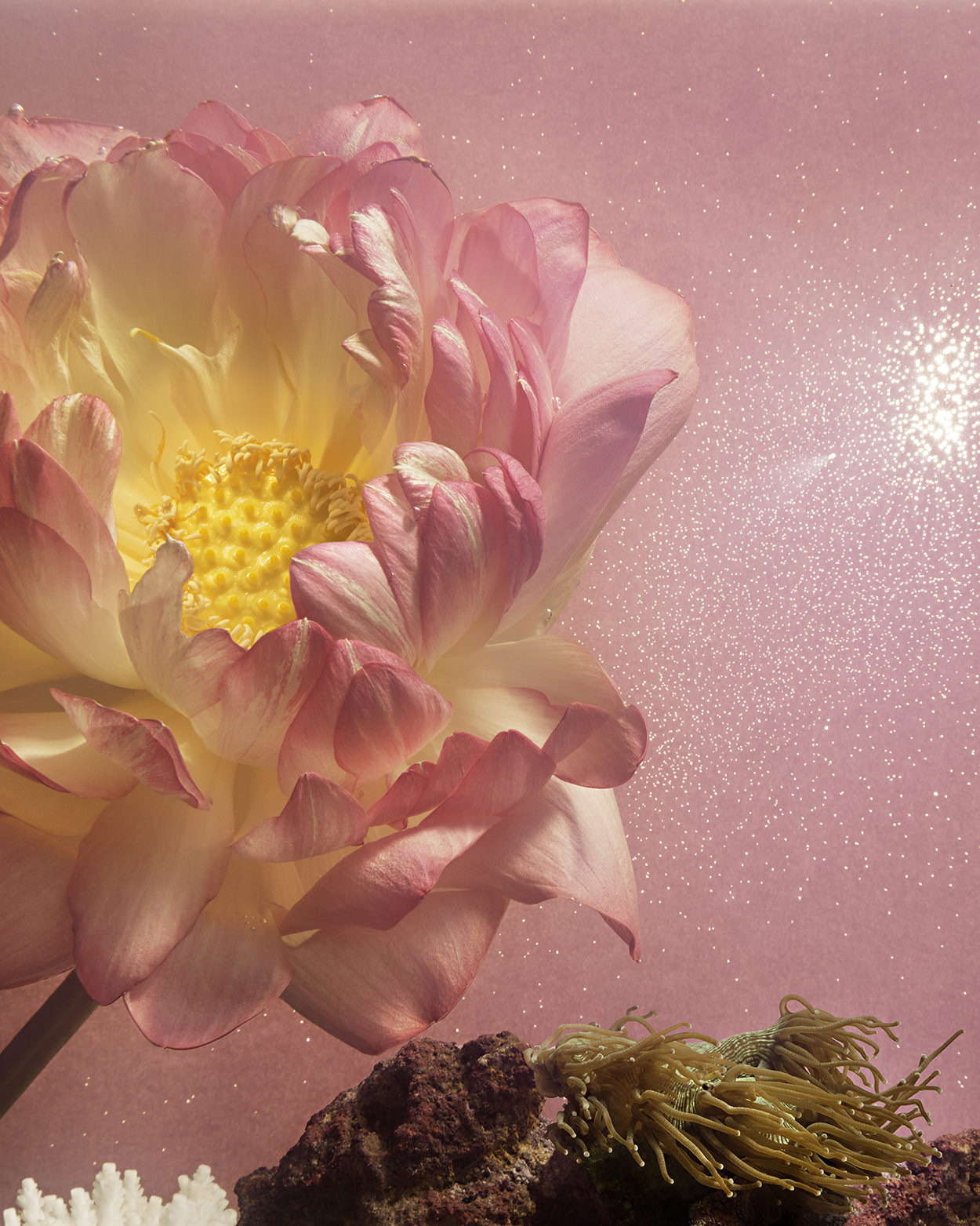 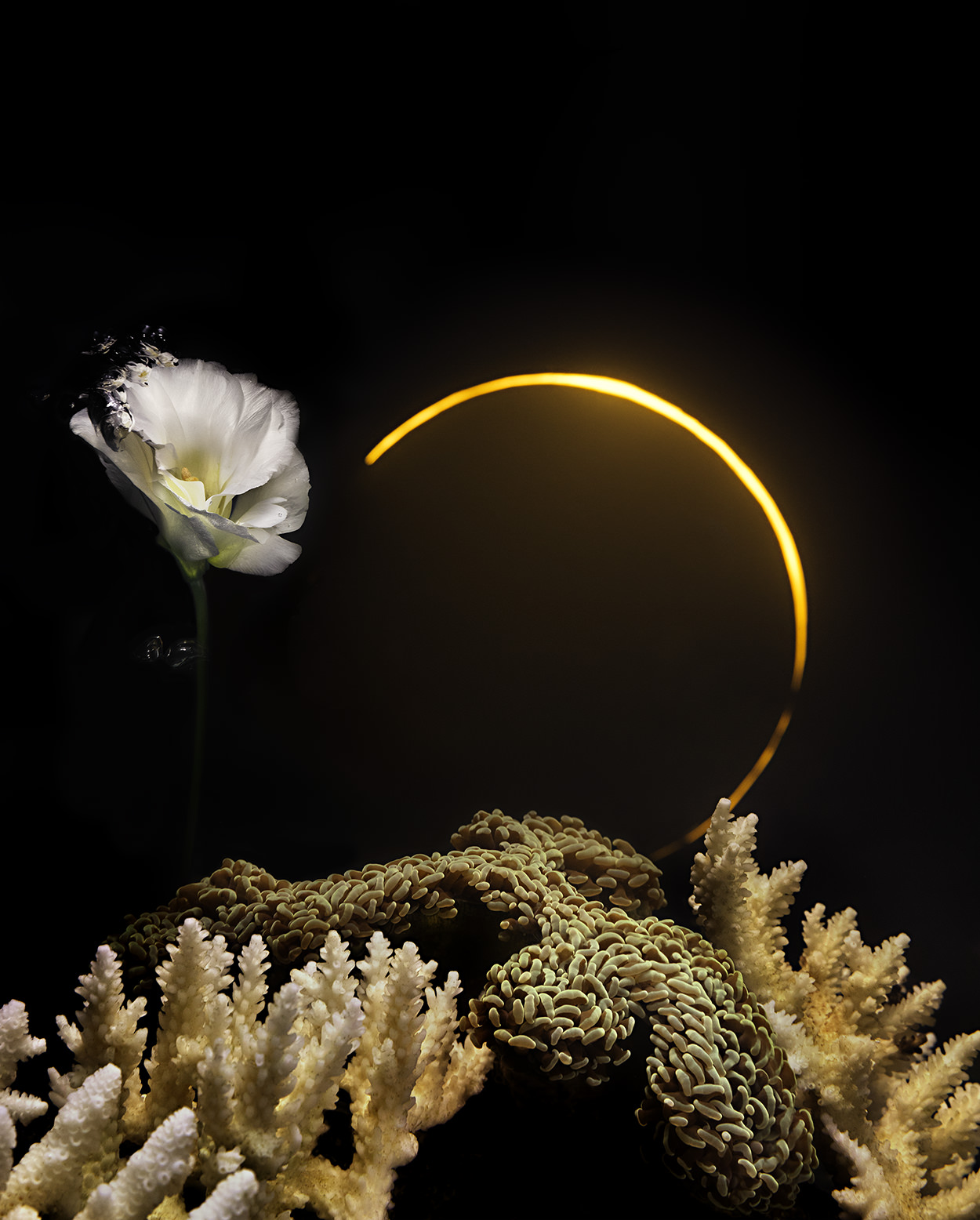 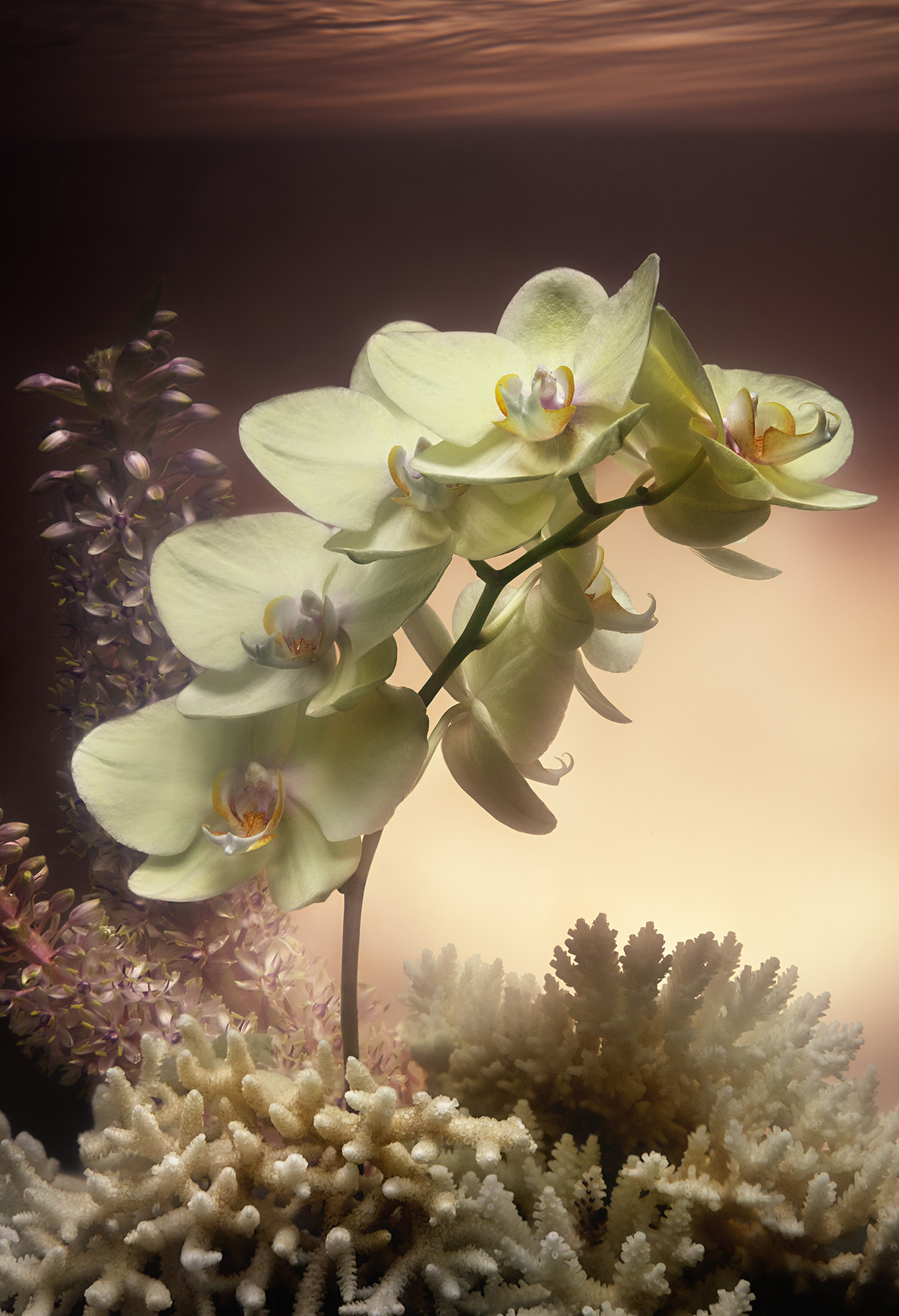 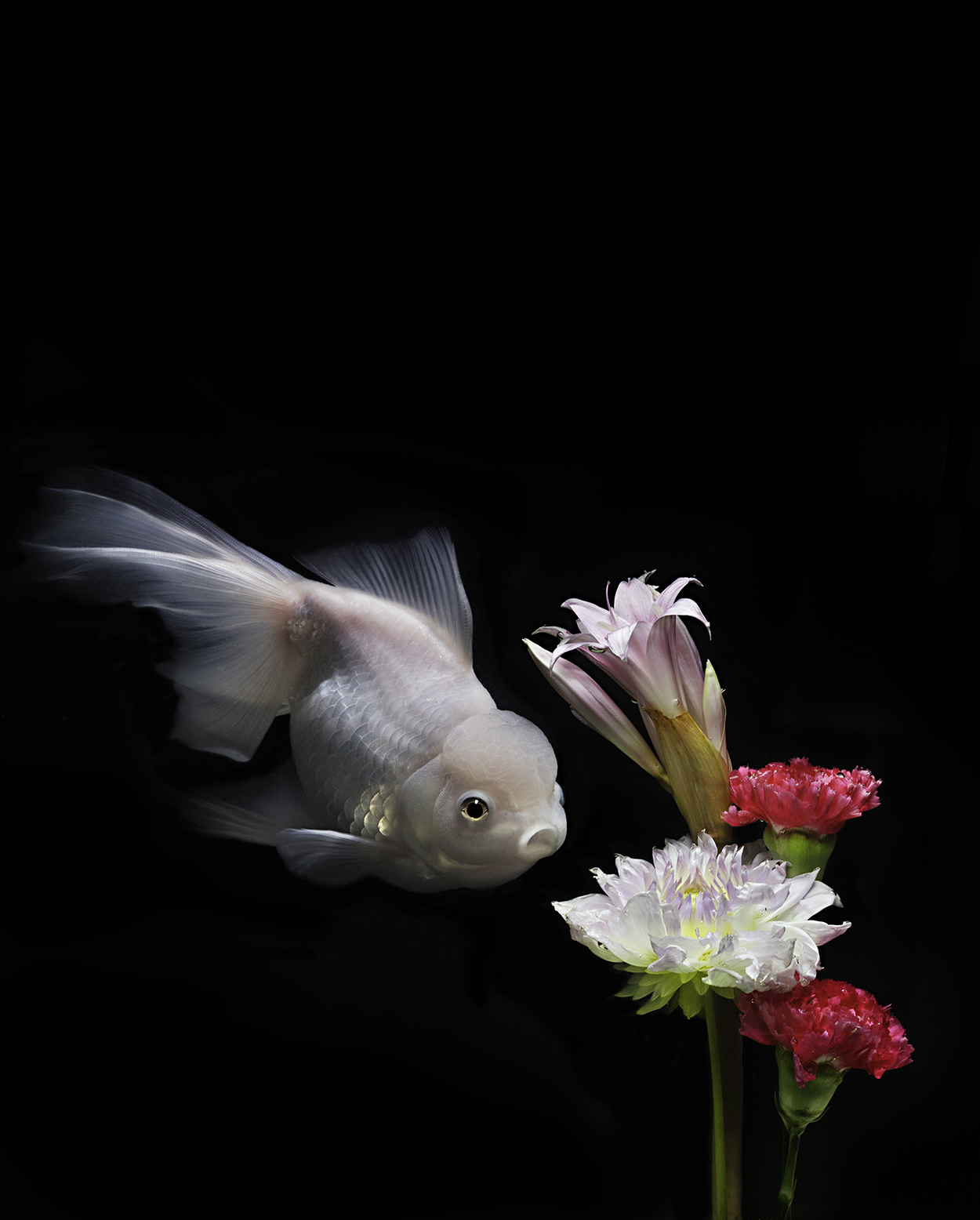 Lilli Waters is an award winning Australian photographic artist currently based and practicing in Melbourne. Both a fine art and commercial photographer, Waters’ work has largely focused on portraits, mostly of women, and still life. Figures and objects are placed within environments which take both the subject and the viewer out of their comfort zone, pushing and testing reactions to the natural worlds and gender roles. Waters’s photographs often portray a sense of mystery, where objects lurk in shadows and bodies contort, merging into the landscape.

Recently Waters’ work has been published in magazines such as Elle, Yen, Art Aesthetica, Vogue Living and Real Living, and photographs featured in the film ‘Fifty Shades Darker’ in 2017 and ‘Fifty Shades Freed’ in 2018. Waters was also invited to show works as part of the Venice Biennale Festival in 2017 and was invited to create a self-portrait for the documentary series ABC Art Bites: Mirror in 2018.