Saint Cloche is delighted to welcome back ‘Melbourne-based artist, Bec Smith. Following on from Bec’s previous successful solo show, ‘SUB’ in 2019 we are thrilled to reveal ‘Cassette’.

Bec continues her evolution staying true to her signature geometric shapes revealing her background as a designer. Her colour palette is always a mix of rich and subtle tones – in ‘Cassette’ she continues her interest in the idea of duality. Ruminating on opposing values or traits such as love and hate, as well as concepts around time: juxtaposed states such as then and now.

“Somewhere in the recent past I became fascinated with the notion of ‘parallel lives’. I learned that a ‘provisional life’ – as it is known in the world of psychology, called ‘Puer Aeturnus’ in the Jungian lexicon – is a sort of fictional life lived in the imagination alongside the actual. I’d been thinking about this from the point of view of the domestic, the everyday, and the ordinary: the place most of us reside, especially now during lengthy periods of lockdown, and particularly for those of us in my hometown of Melbourne.

These ideas were manifest in me long before the current pandemic, but considered profoundly since it began, bringing hard reality also into question: a before and an after. I’d begun to depict this in my mind as a cassette playing; two reels joined by a continuous tape that contains analogue signals on each side. Side A and Side B are being played concurrently, however only one is audible at any given time, and the other is playing – subconsciously perhaps – on the inverse, and in the reverse. For we also know that time is an illusion, and not linear, but circular and dynamic.

Cassette is a French word for a ‘small case’, a vessel containing belongings that tell stories about the person who owns them, much like analogue signals contained within the continuous thread of one’s life. Real or imaginary, side A or side B.” 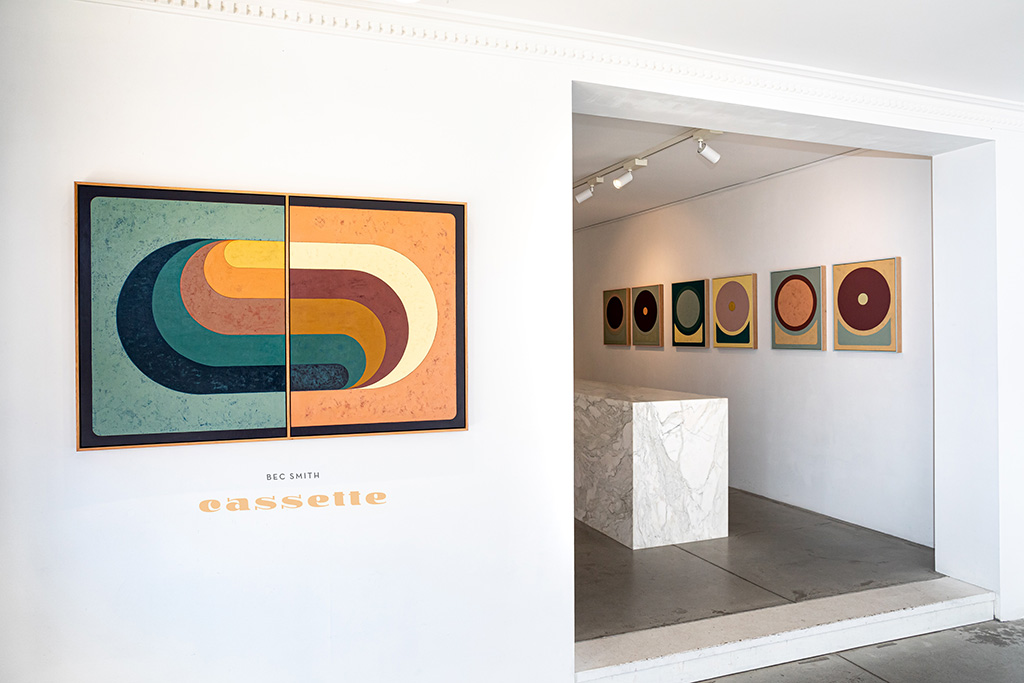 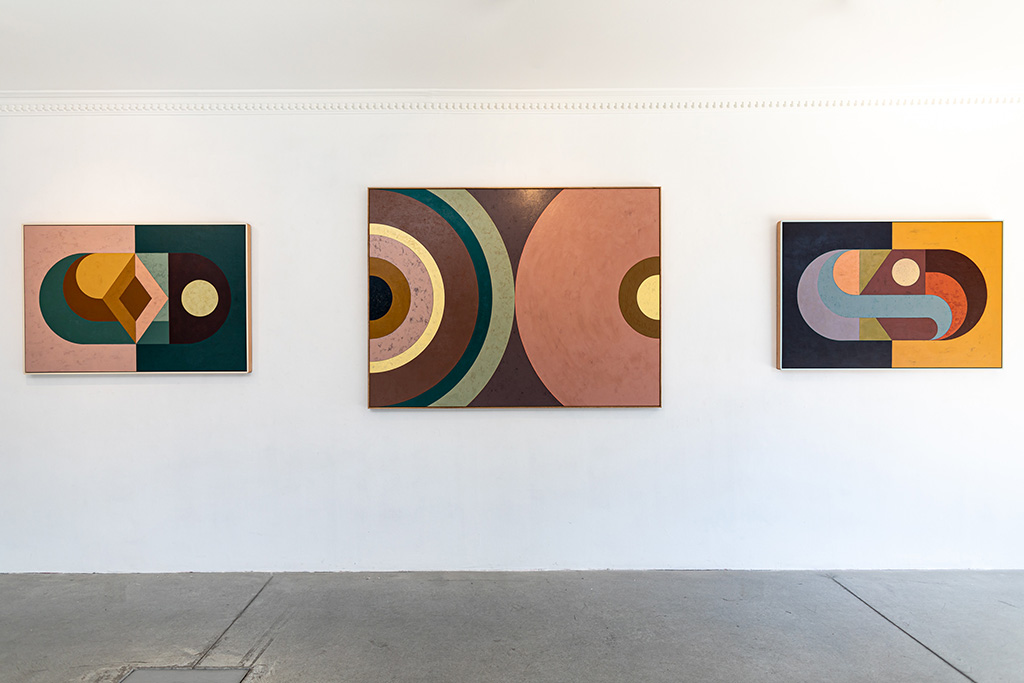 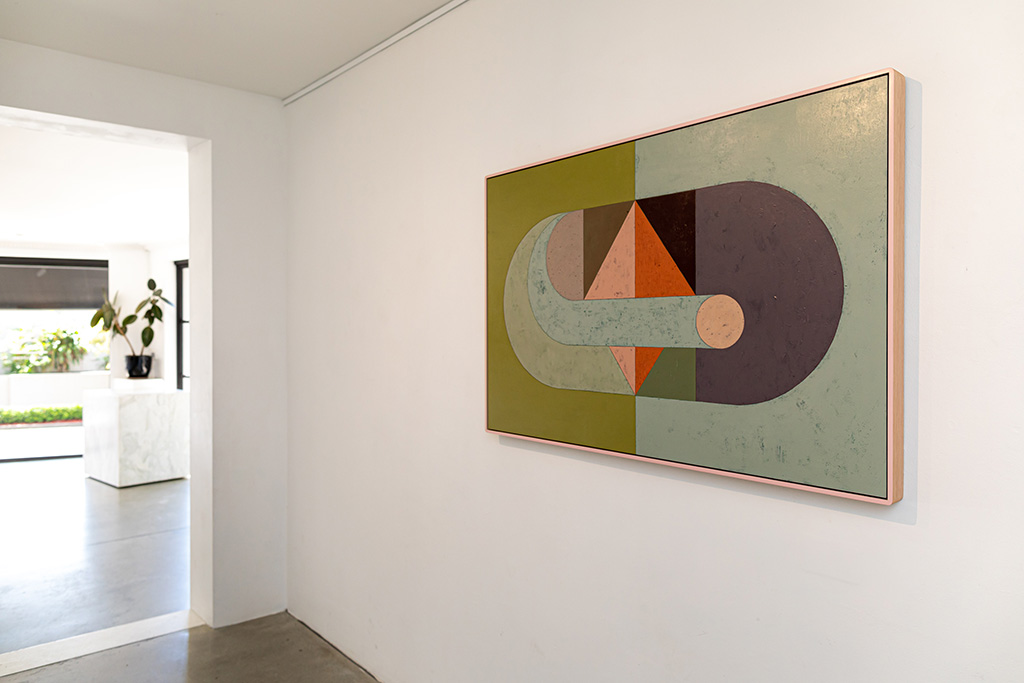 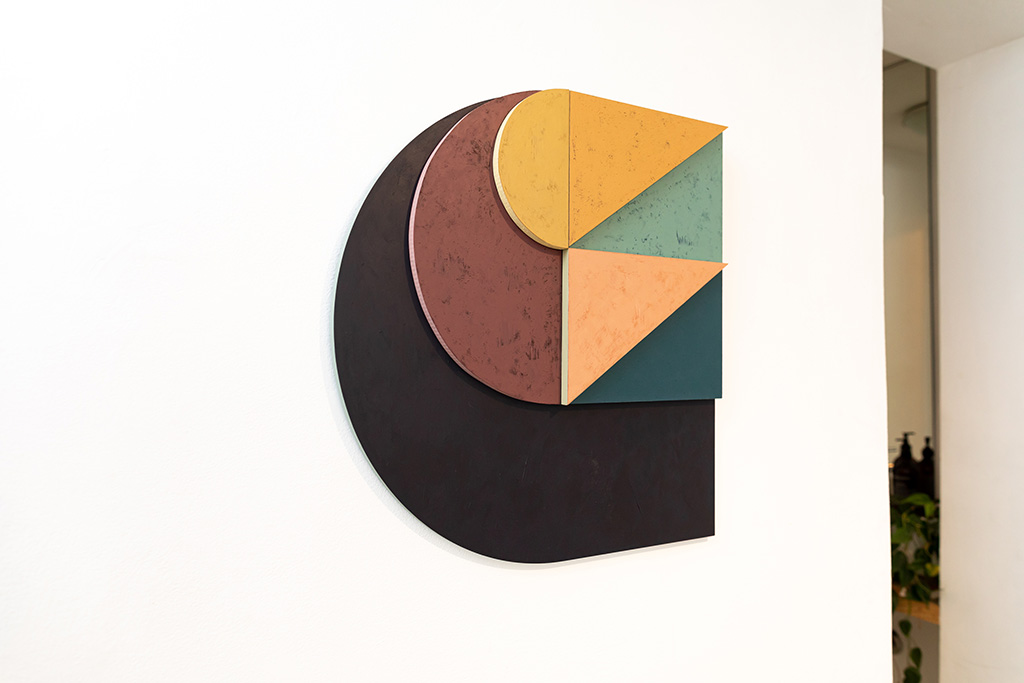 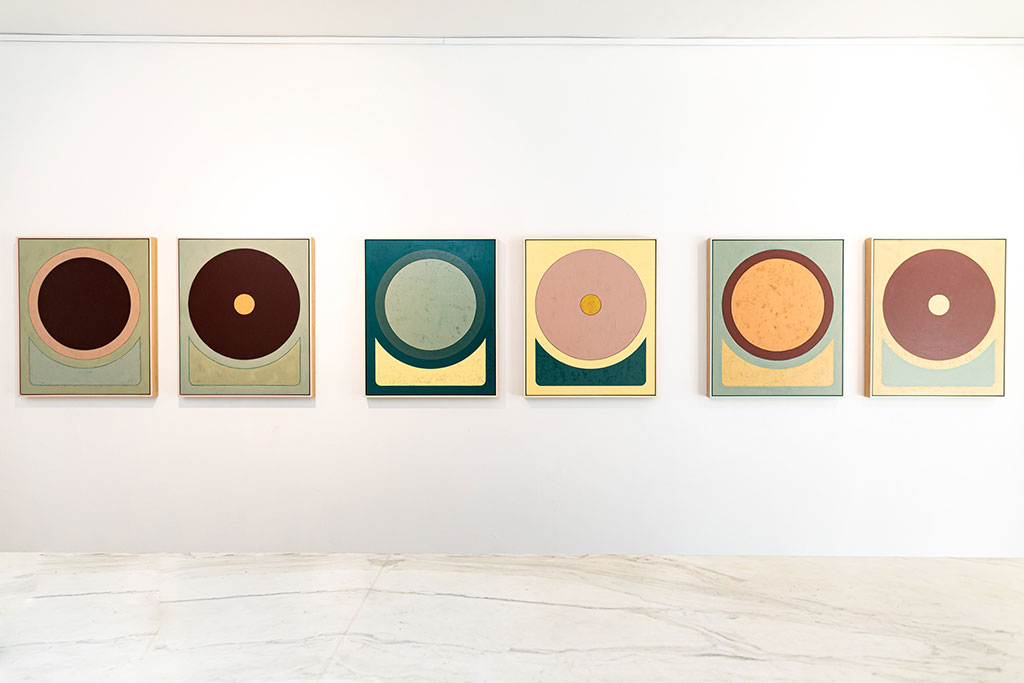 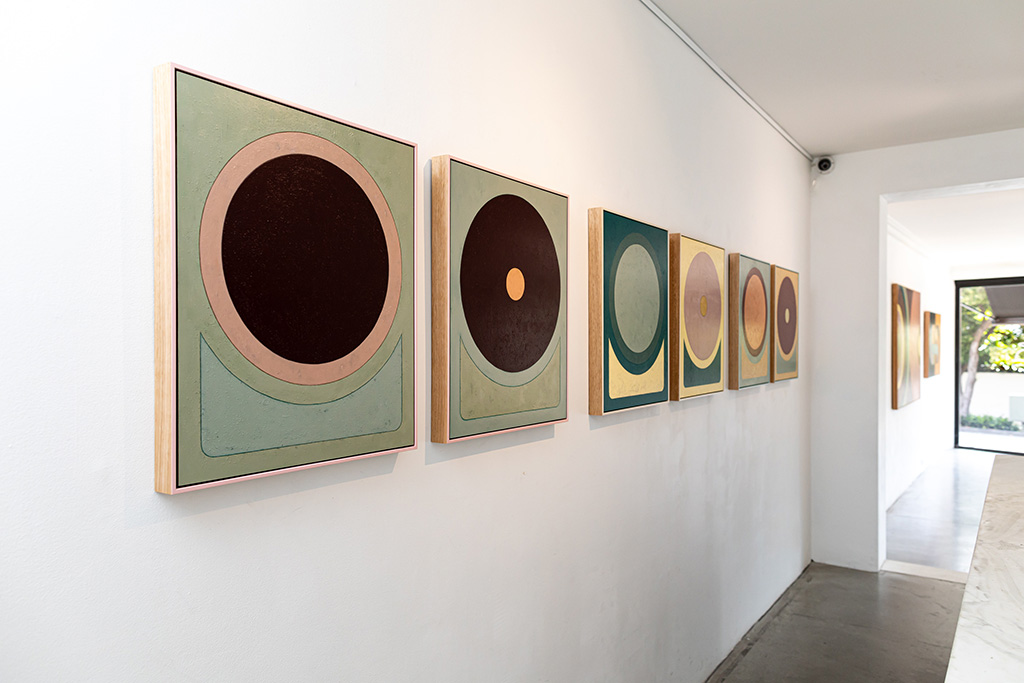 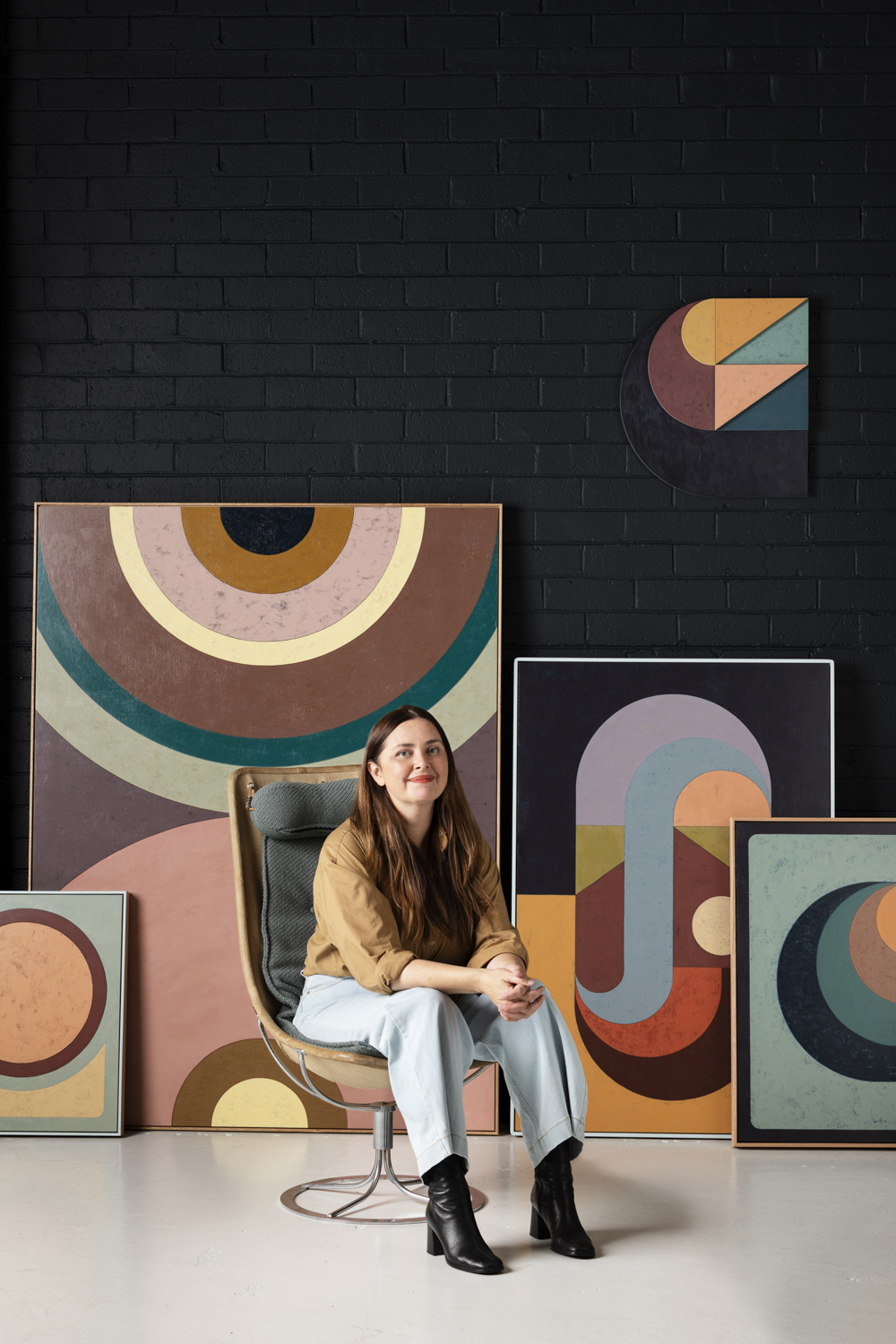 Bec Smith is a Melbourne-based artist who has practiced art and design in both Australia and overseas for over 20 years. In pursuit of her creative practice Bec has studied at The Art Academy in London, the Art Room in Melbourne, RMIT and Swinburne National School of Design where she holds a Bachelor degree. She has always stayed particularly interested in abstract, non-objective, and colourfield paintings from the early part of the last century – a natural extension of a designer’s grounding in the early design language of the Bauhaus, equally with her interest in 20th century postmodernism. Her works are realisations of actual and idealised situations about the dynamics of people translated into static, photograph-like frames. A particular moment in time for what it may be or may become – fiction, non-fiction and multiple truths. Bec has been selected for the Belle Art Prize, exhibited at the Melbourne Design Festival on multiple occasions, and her work is held in private collections.