BOTANICAL INQUIRY – A series of photographs by Daniel Shipp 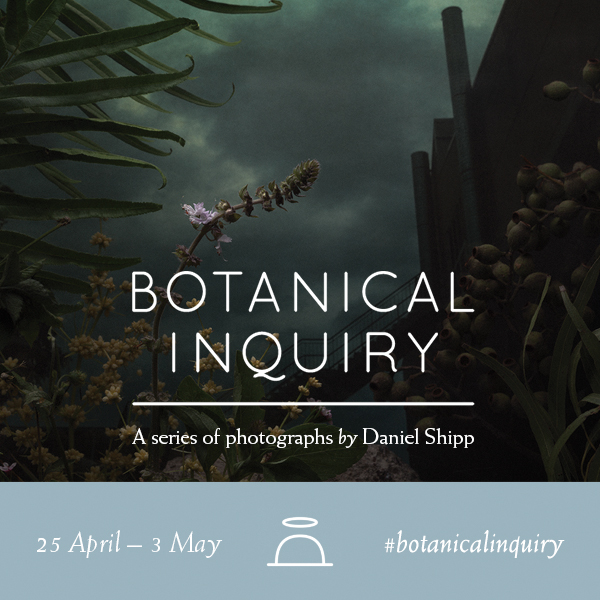 A short look into the process of making the ‘Botanical Inquiry’ series:

This work is a series of elaborate photographic dioramas constructed in the studio in which nature, geography, and physics are shuffled to present familiar but fictional environments. The colour, shape, and texture of the unremarkable plants I’ve collected become storytelling elements which, when staged against the backdrop of common urban environments, provoke the viewer to imagine their own narratives.

In Georgina Reid’s short essay The Poetry of Plants published on her website The Planthunter, she discusses our inherent drive to interact with nature and our increasing distance from it. Inspired by this contradiction, this body of work was shaped by some key questions: How does civilisation’s unstoppable march forward play out against plant’s sole mission to survive and reproduce? What if the weedy, common and disregarded plants were to become rare and studied specimens in the future?

My visual approach was influenced by Robert John Thornton’s Temple of Flora – a series of engraved plates commissioned in the 18th century which are a document for the classification of unusual botanical specimens presented in the form of darkly romanticised illustrations with an other-worldly aesthetic. Botanical Inquiry alludes to the studied aspect of Temple of Flora but romanticises a new epoch where plants have adapted to the increasingly brutal impact of humans and now live amongst it. This sense of evolution is reflected in the way I have freely arranged elements of different plants, often creating unidentifiable hybrids.

A long-standing interest in visual illusion steers the crafting of these images. They rely on the manipulation of optics made possible with a camera, and employ traditional cinematic techniques for achieving visual effects “in-camera” rather than on a computer. It was important to me that the images retain an organic, hand crafted quality and an imperfect atmosphere – one I didn’t believe I could achieve with digital compositing techniques.

These images reframe how we might view small examples of life force in our daily lives but I would also suggest that they resonate with something broader and innate that connecting with plants can make us feel. I hope that these images remind us of a vitality that would be regrettable for us to lose touch with. 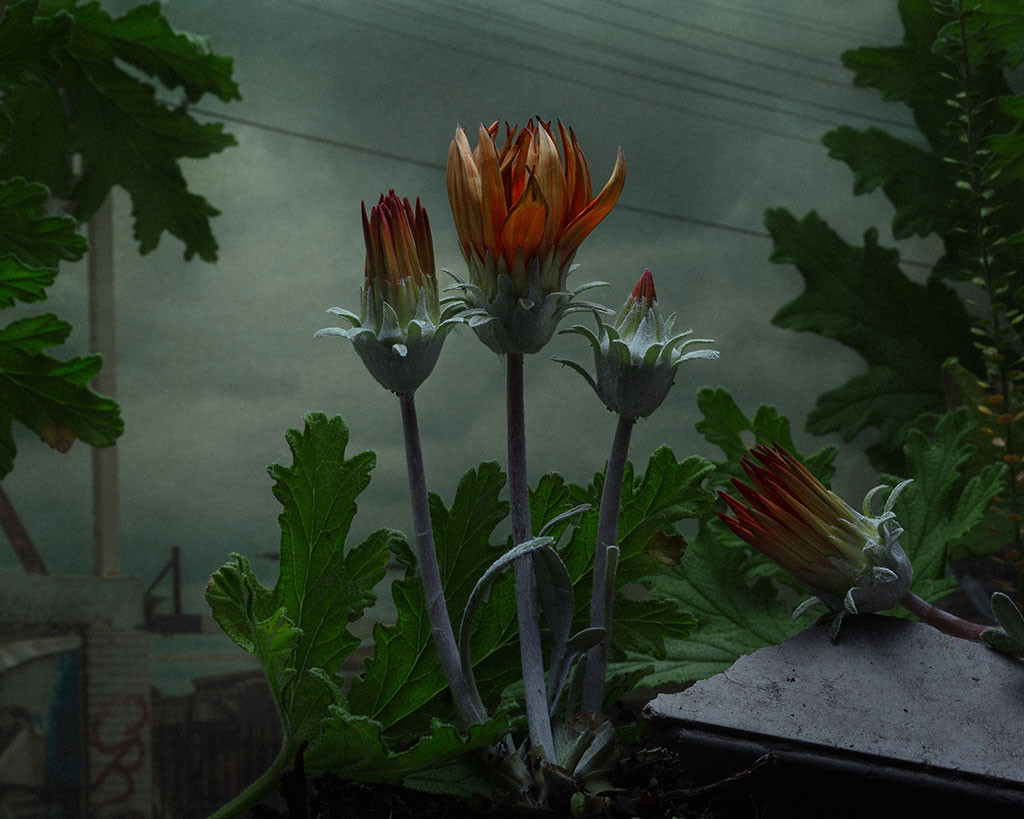 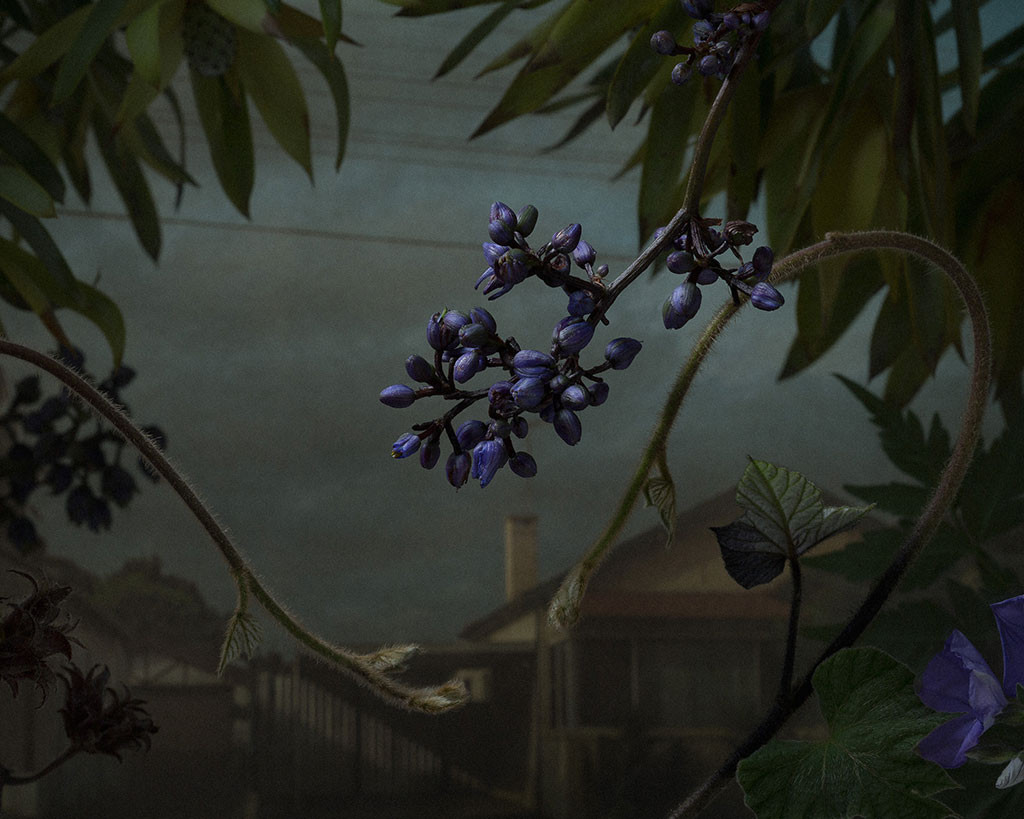 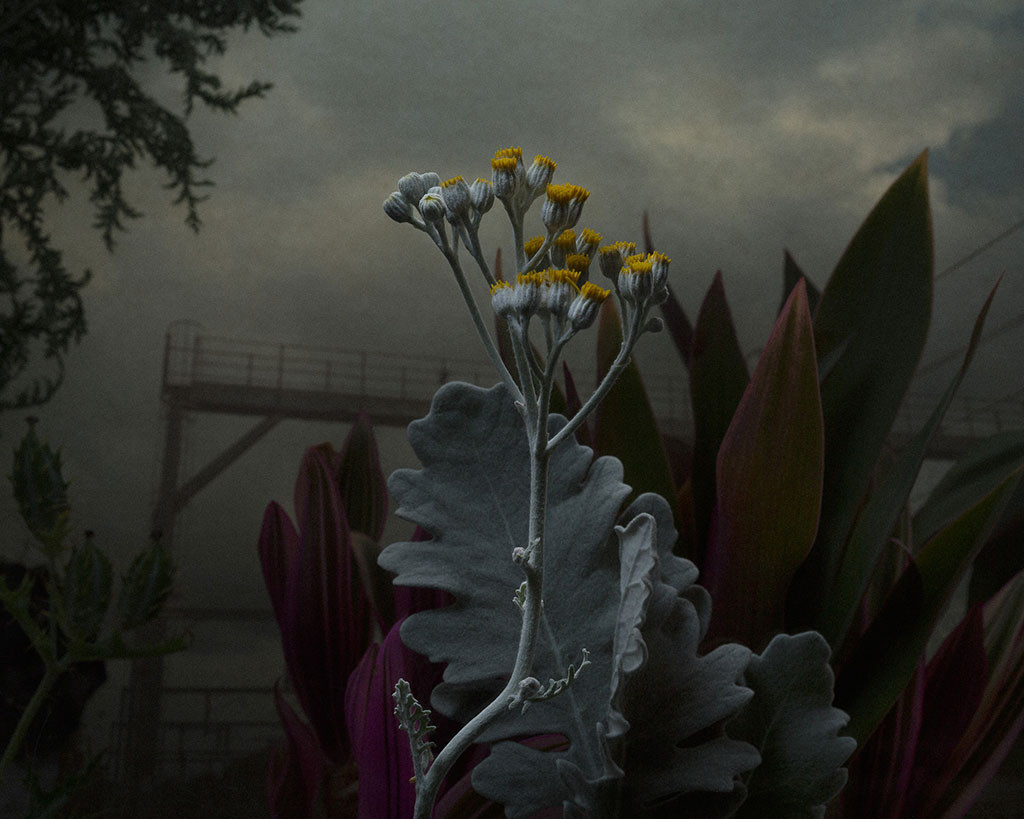 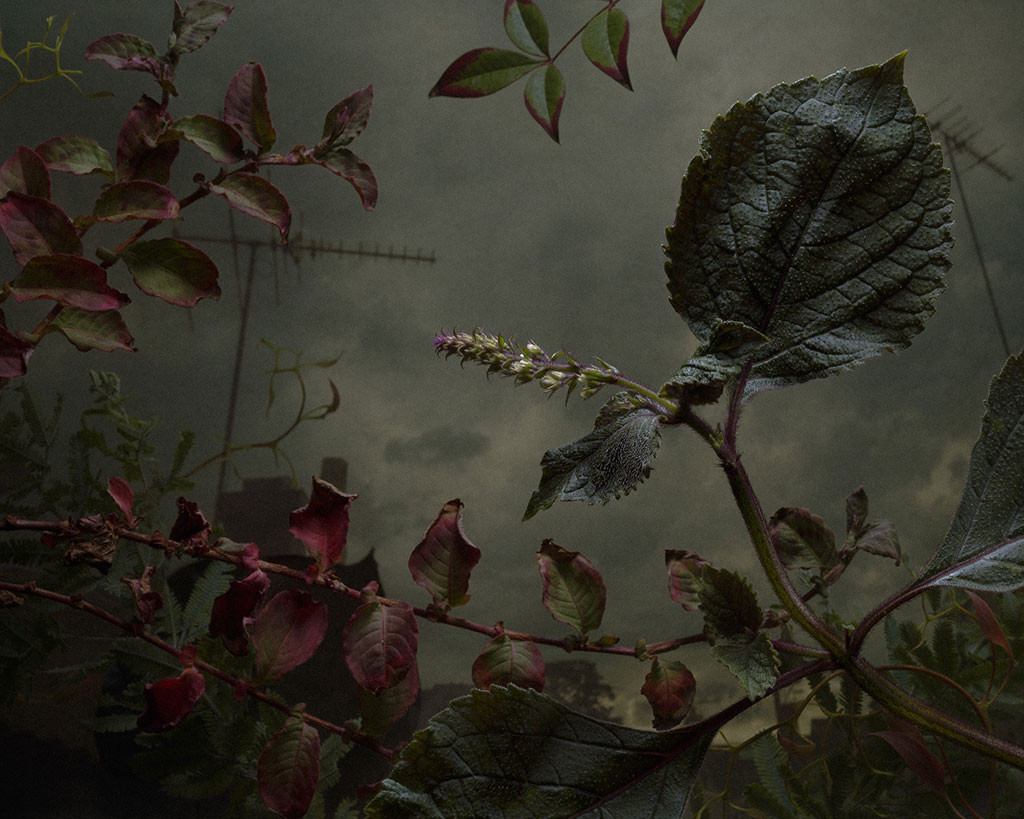 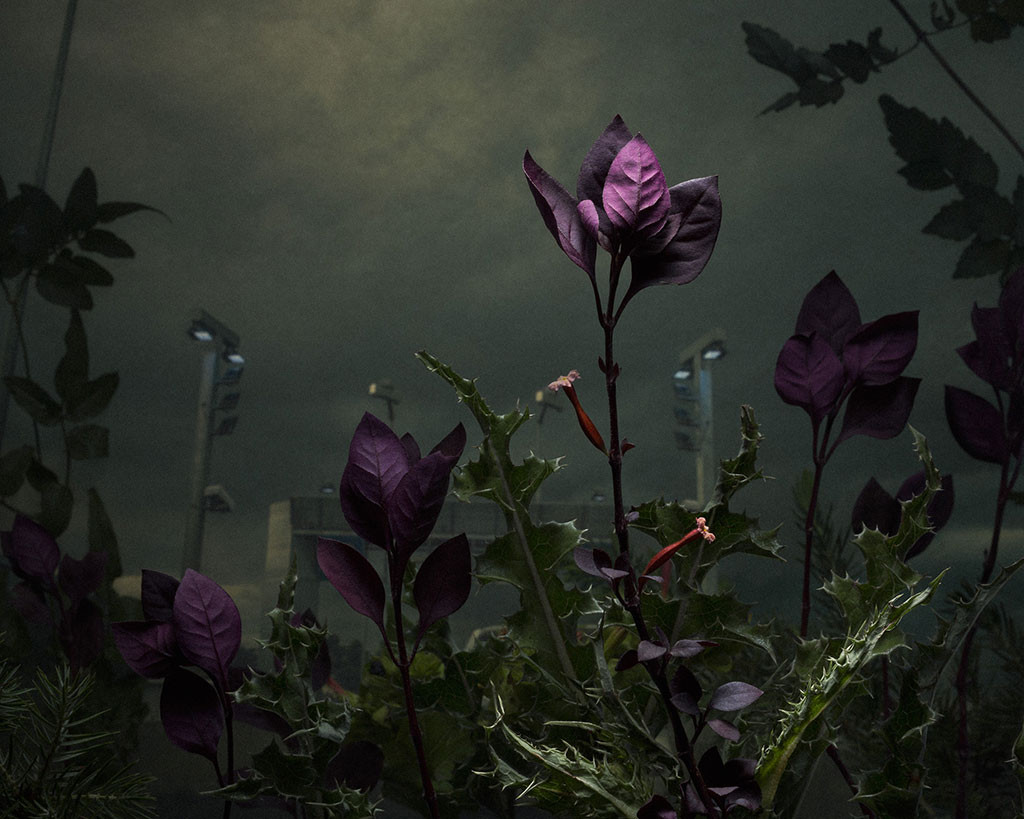 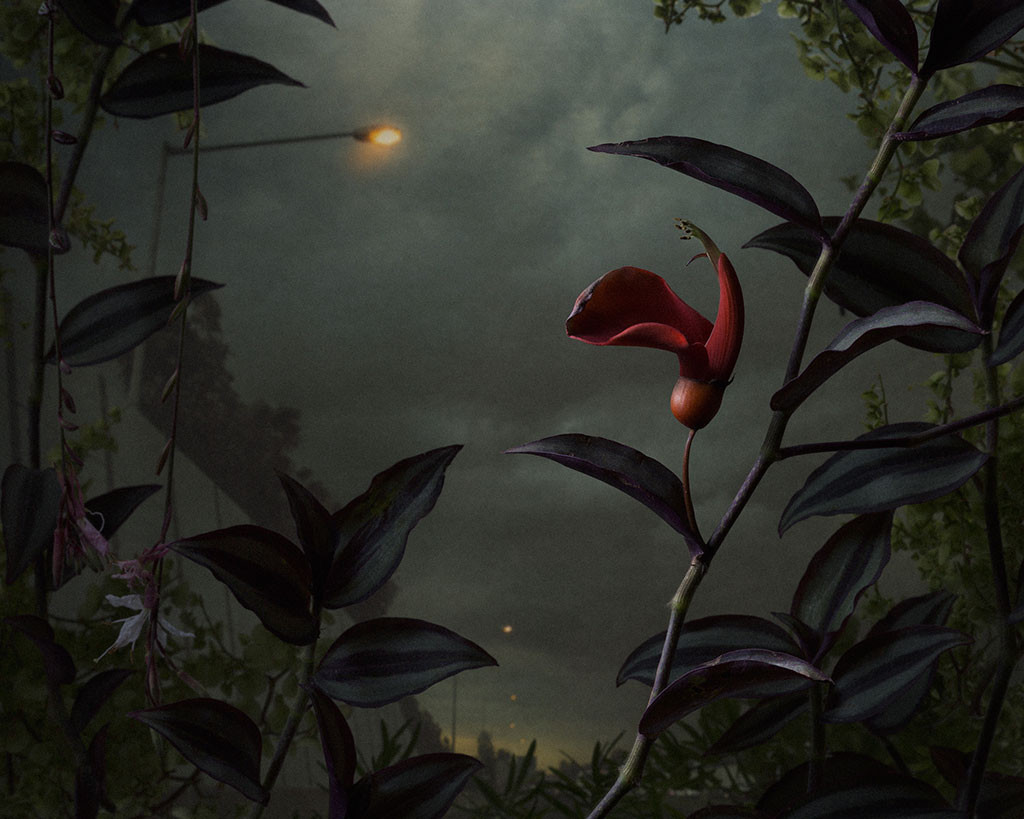 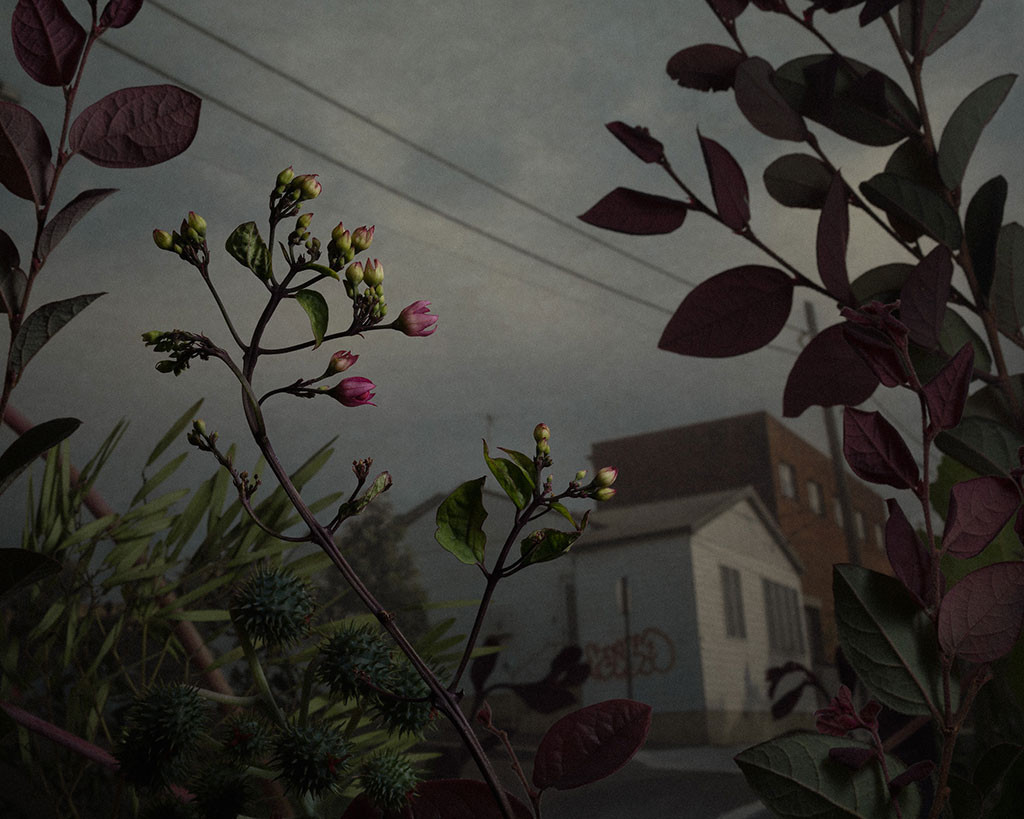 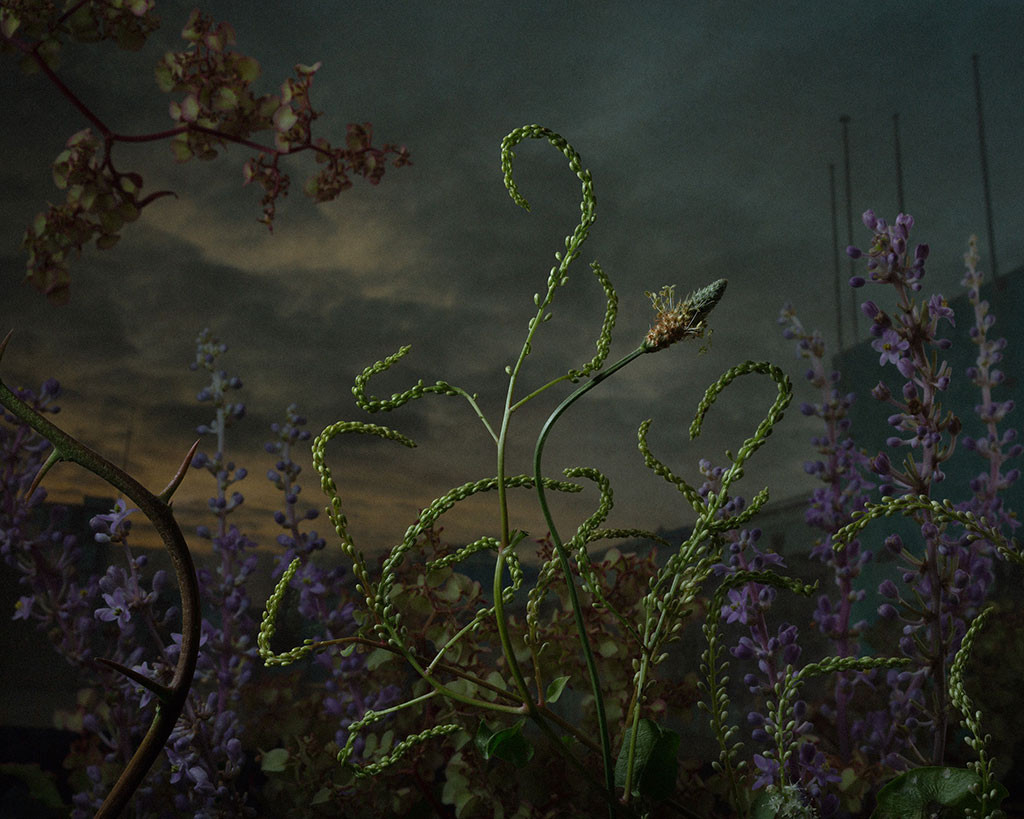