Playful, bold and exuberant, Black Line Boogie presents a collection of black and white artworks that celebrate the power of line and spontaneous mark-making. There are works on paper and canvas, and functional and sculptural ceramics, all of which make high-drama mileage from simple means to create a dynamic immersive black line environment. 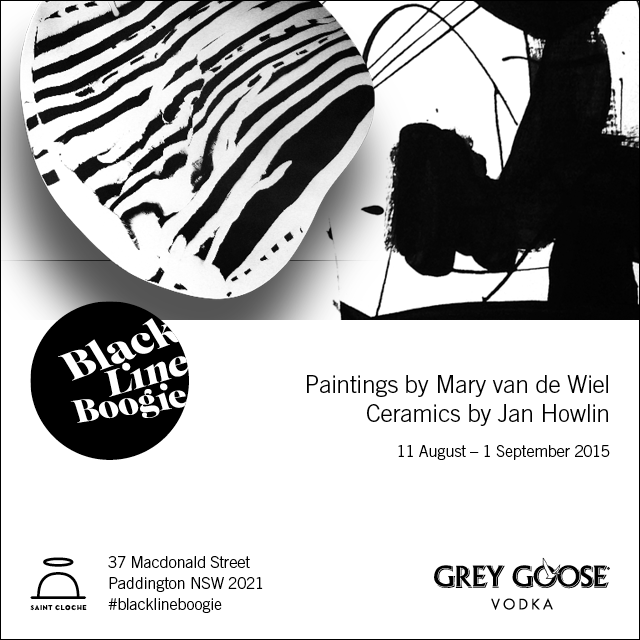 Long-time friends and creative colleagues, van de Wiel and Howlin had each been, independently and quite coincidentally, pursuing a visual arts practice in which black line played a major role. It was only when the idea of exhibiting together was suggested that this significance leapt out as a joyously uniting theme. Black Line Boogie arose as a title that captured the feeling of play that is fundamental to the way they both work, and the notion that their collected works would bounce off and respond to each other in an exuberant kind of dance. 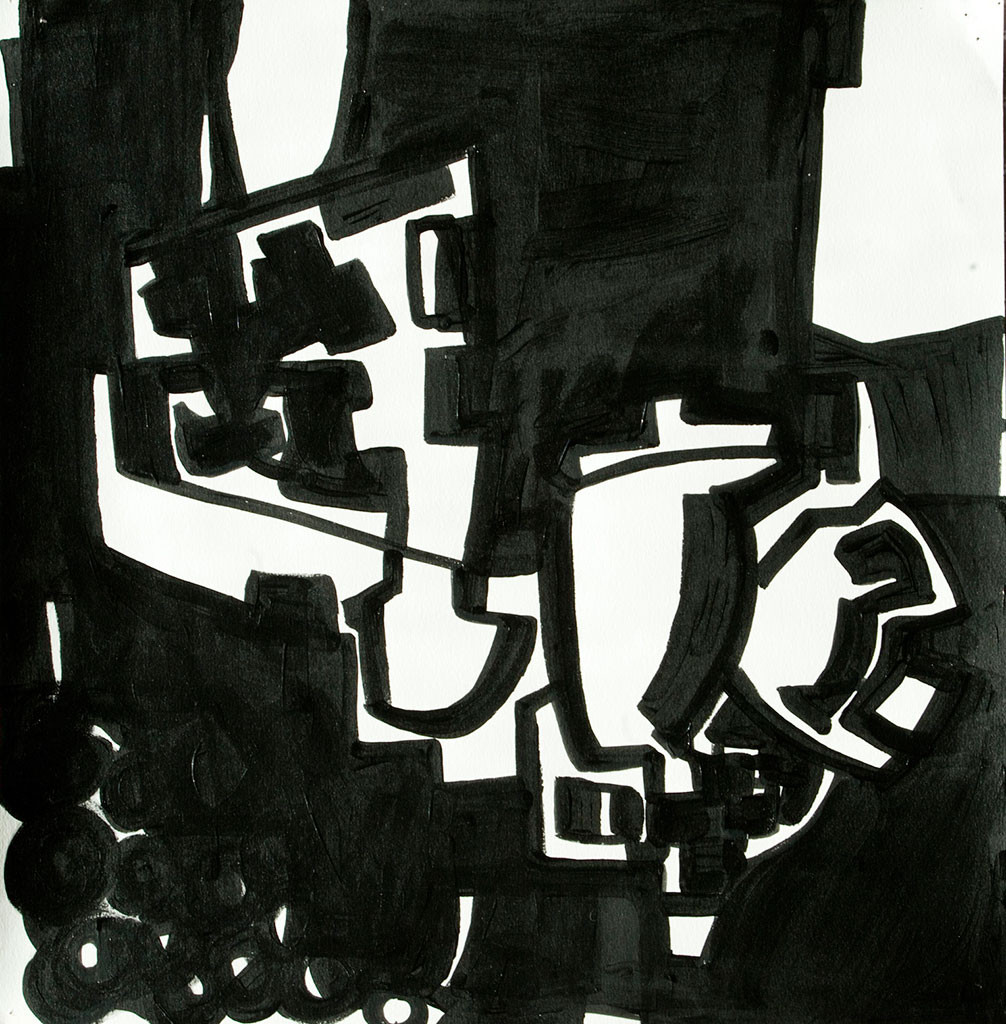 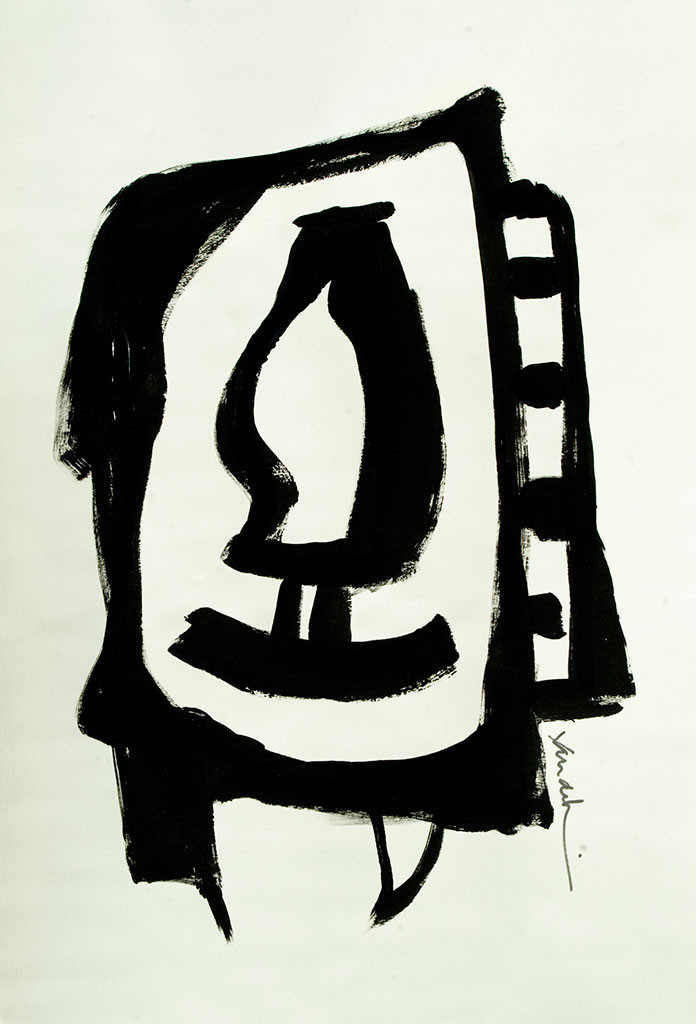 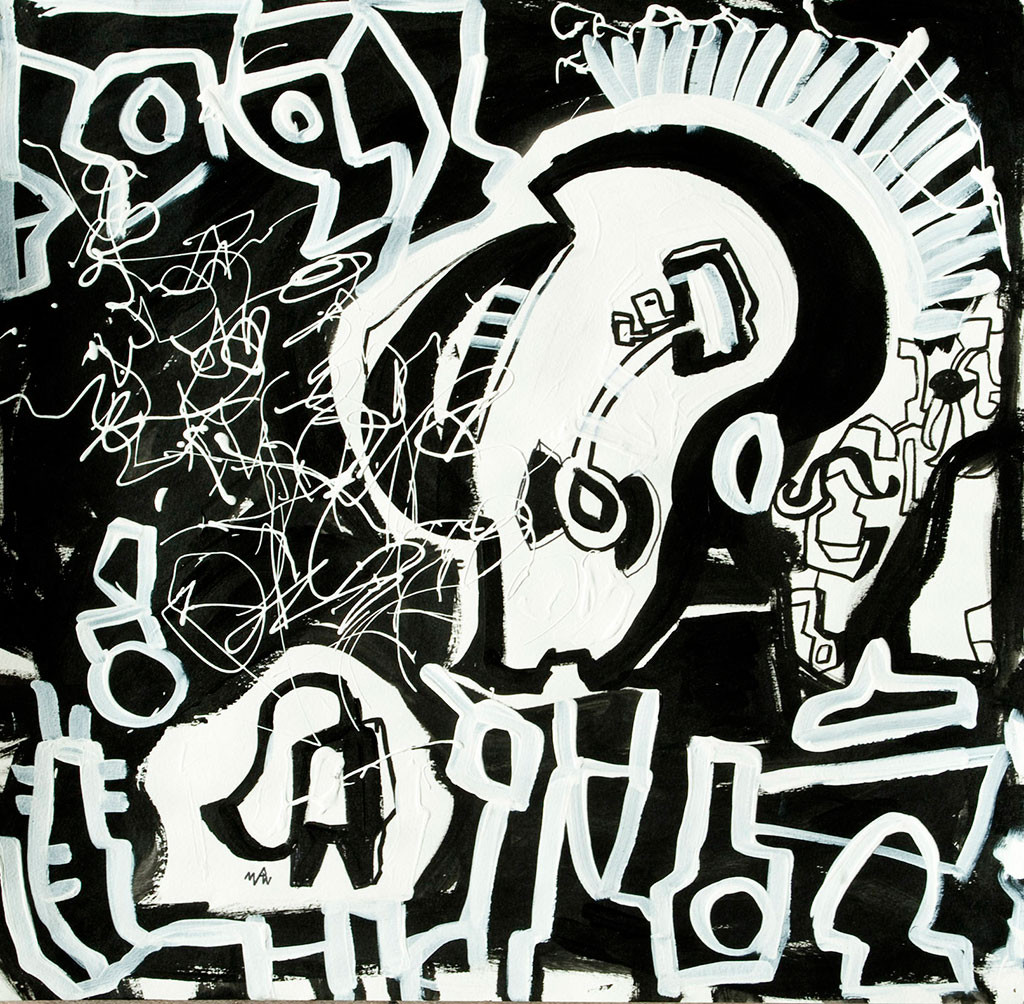 For van de Wiel, black line takes centre stage. Her creative reputation was well-established in Australia before she moved her communications business to New York in 2000, and while she’s worn many hats as an artist and designer she believes all her work springs from the same creative pipe-line. Always an incurable doodler, van de Wiel set aside her sketchbooks a few years ago and began working in an impulsive new way, on a major scale. She started with black house paint and a wall in Mexico, continued floor to ceiling in Manhattan, and is now working in Sydney, where Saint Cloche presents her first exhibition of paintings. Van de Wiel delights in the freedom she has found in drawing herself into new stories and creating a vital new form of self-expression.

Howlin came to black line some years ago when she began exploring it as a means of dramatizing and accentuating the volume and curvature of her hand-built functional ceramic forms. By staining clay black and sandwiching it together with a plain clay body she created a material that contained line-work as an inherent element, and she enjoyed the graphic simplicity and unpredictability that resulted. Her more recent sculptural work also relies on black line to accentuate form and volume, but it is achieved through different means. This finer, looser line-work creates a vitrified finish and a textured surface that traps glaze or pigments. At the same time it adds vigour to the figures she creates and life to the ideas behind them. 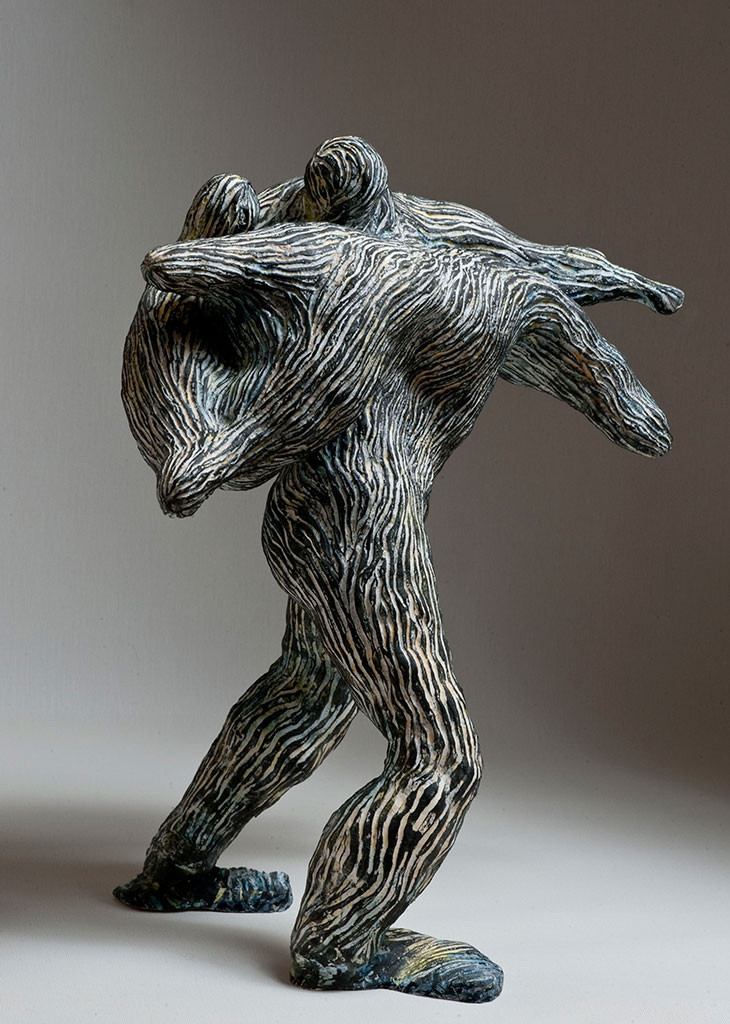 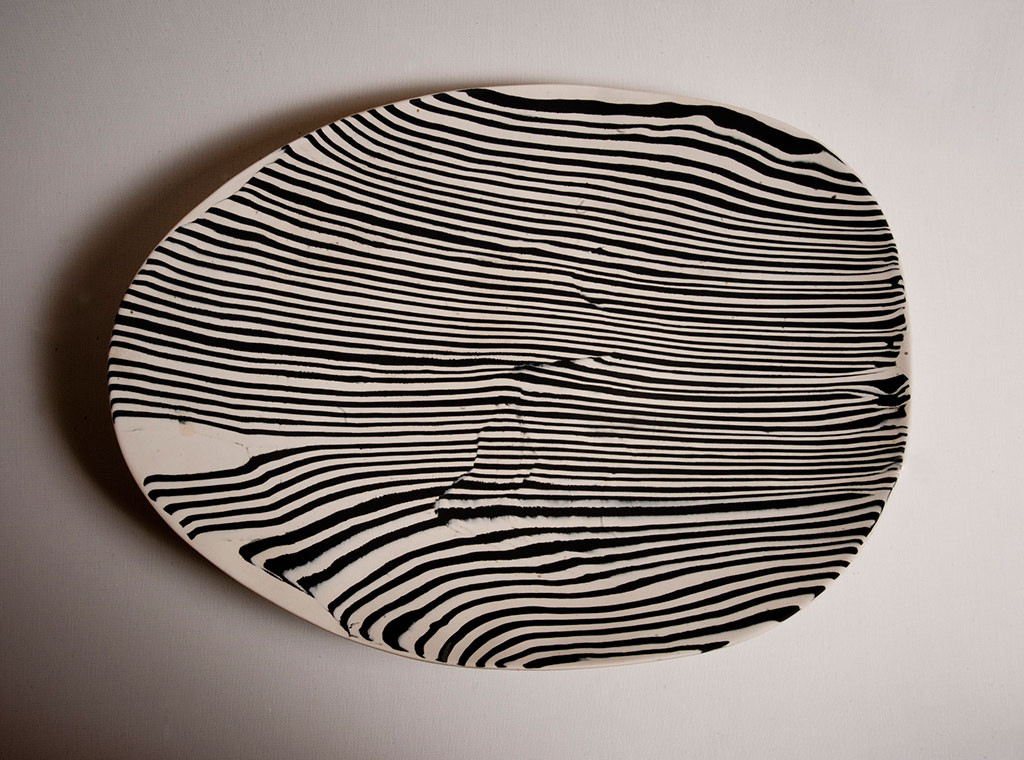 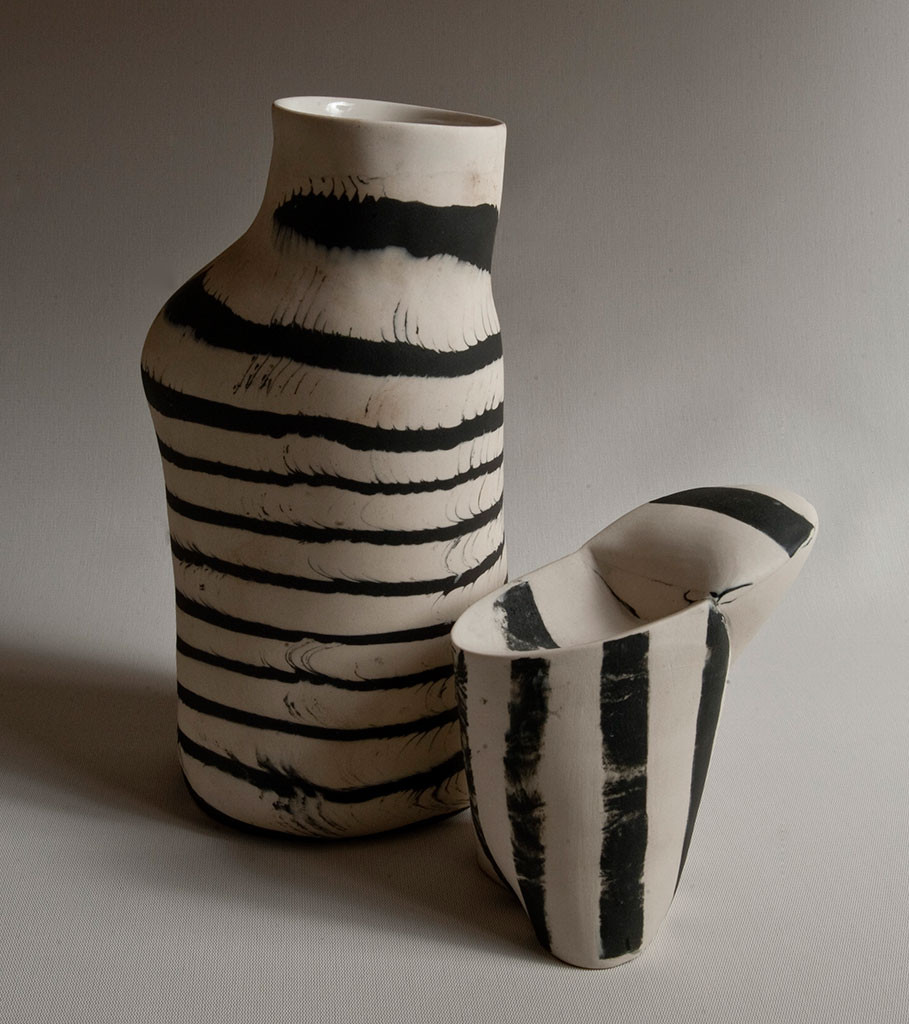 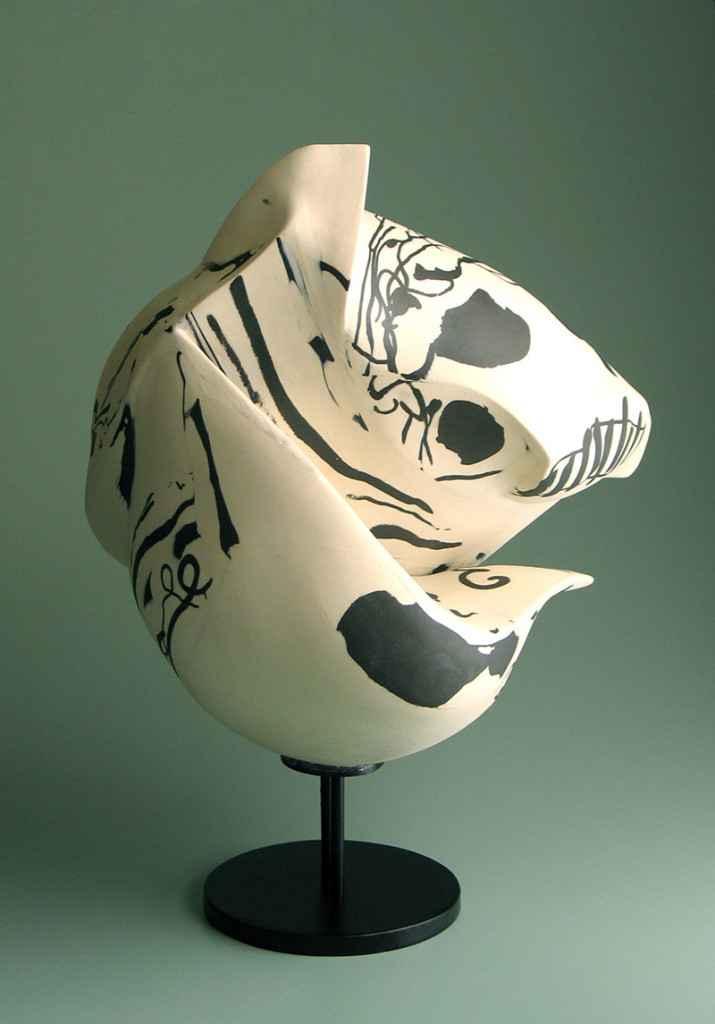 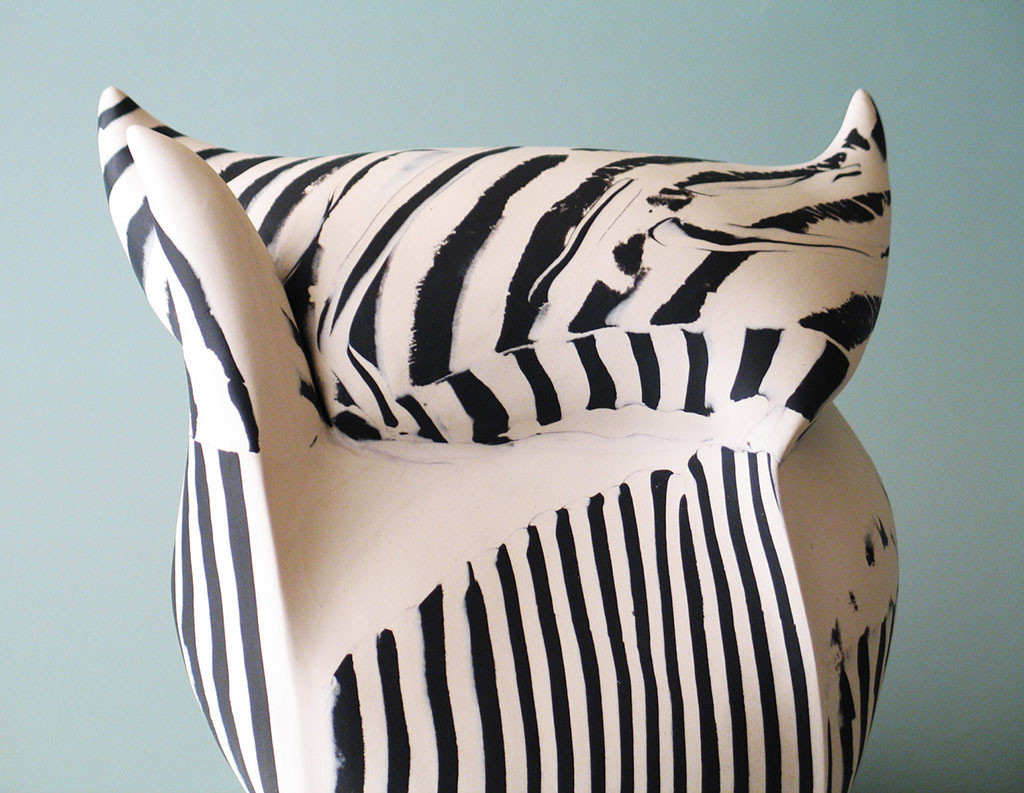 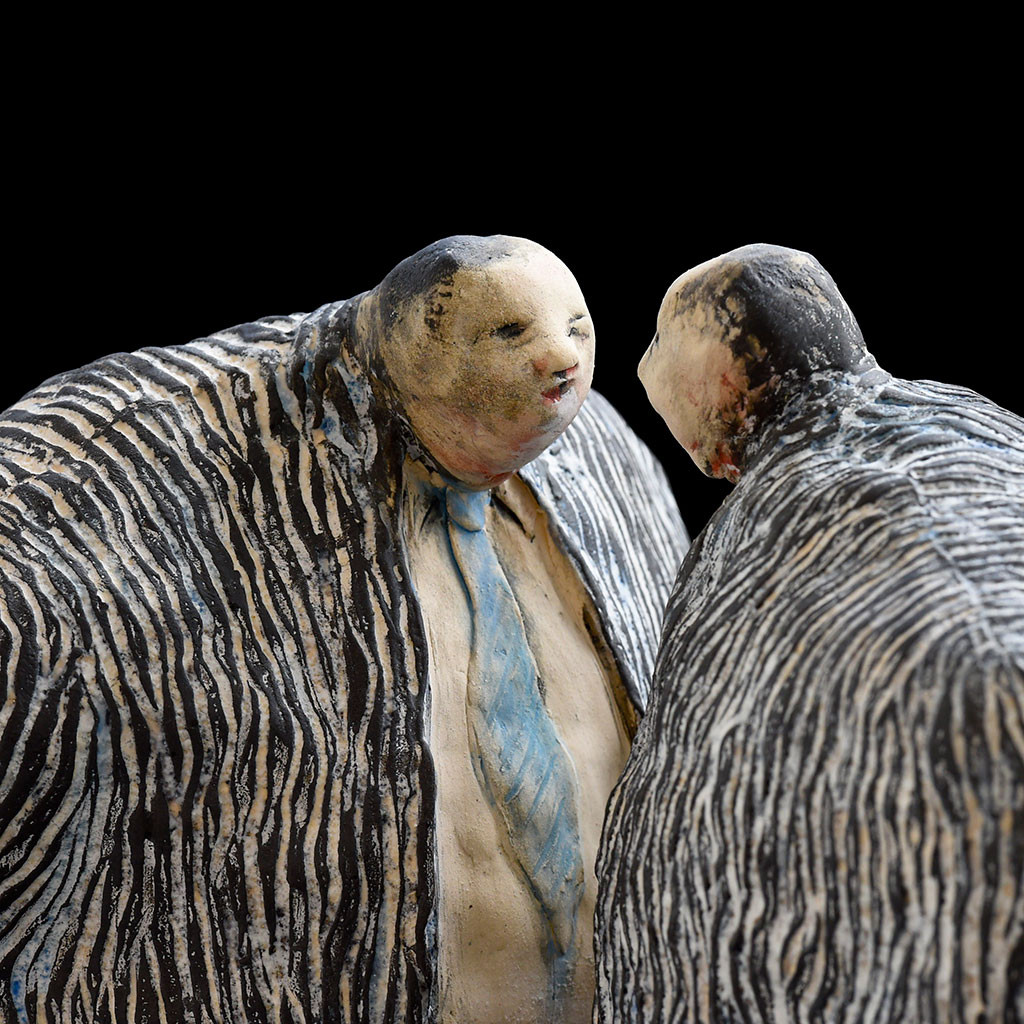 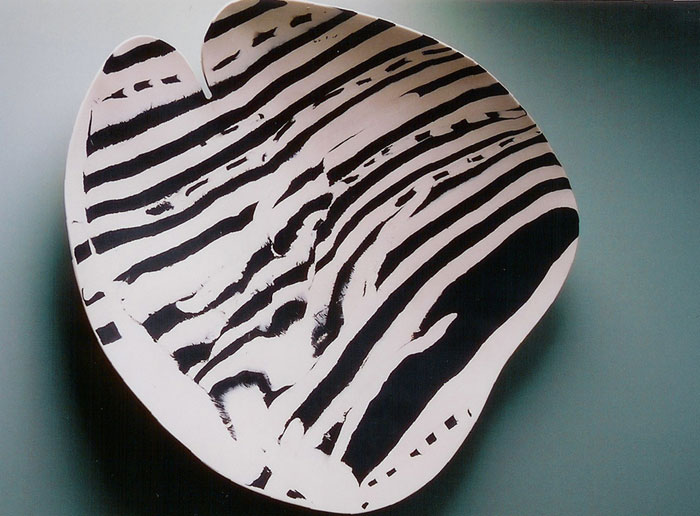 In bringing the work of van de Wiel and Howlin together, Black Line Boogie presents a dynamic, hand-drawn, hand-made environment, a buzzing fusion of black and white that brims with energy and delight.

Get an insight into the wonderful world of Mary van de Wiel and Jan Howlin in recent interviews on creative living with Natalie Walton from Daily Imprint and a rare behind the scenes making of BLACK LINE BOOGIE, a short film by Hannah Mccowatt.