The Belarusian Sculptor Inspired By Her Sunny New Sydney Surrounds

Tatsiana Shevarenkova studied finance and economics in Moscow before becoming interested in fashion imagery, working as a stylist in magazine editorial, and eventually moving to Australia.

It wasn’t until she shifted hemispheres that she discovered the gentle, slow-paced world of ceramics. This new discipline renewed Tatsiana’s creative focus, and her passion was further galvanised during last year’s lockdowns, which afforded her the time and space to hone her style. Now, Cosset Ceramics is her full-time practice, and she is one half of a duo show at Saint Cloche, where her fluid ceramic vessels sit beside Hannah Nowlan‘s titanic, earthy paintings. 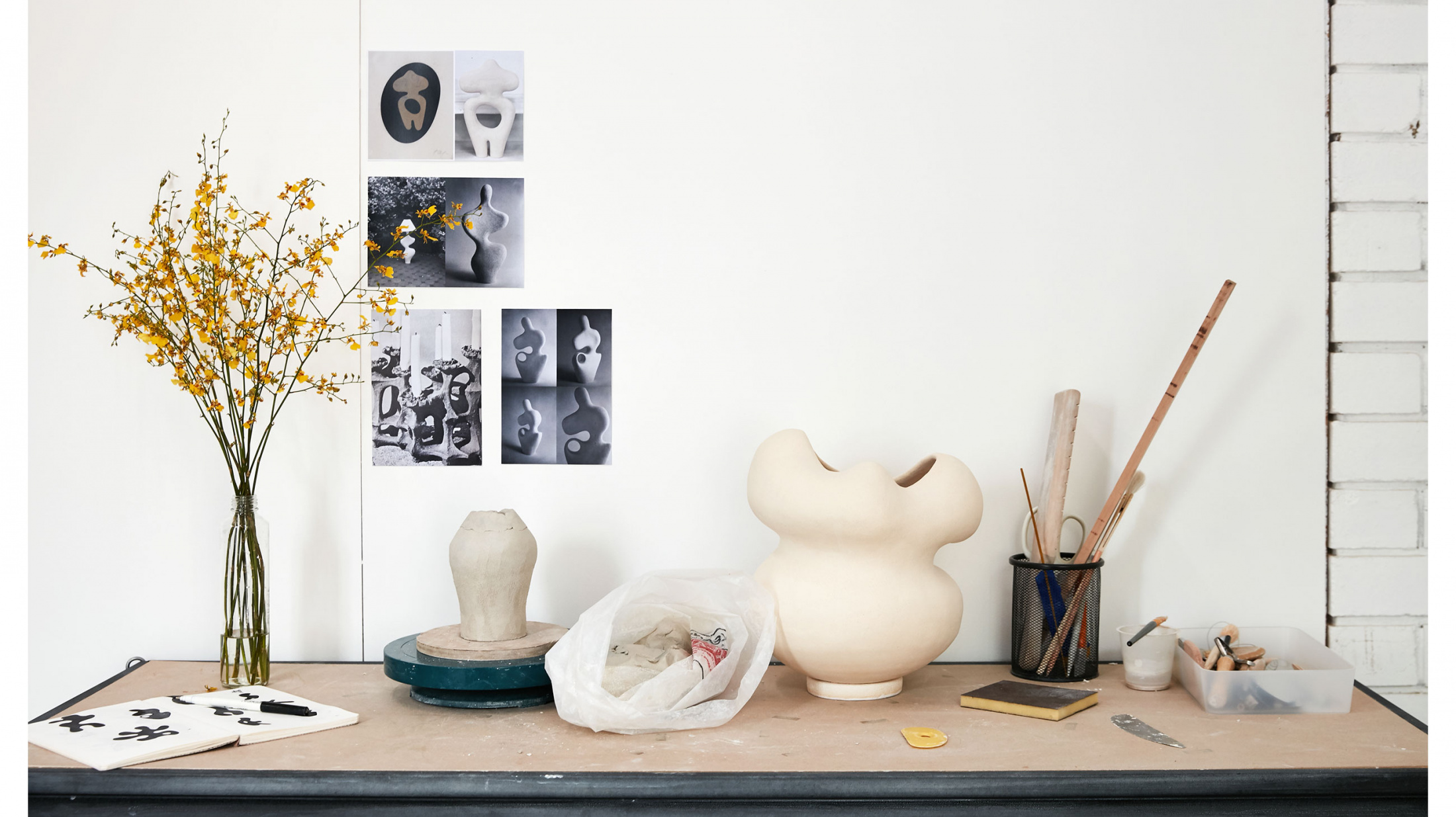 Sydney is a far-cry from the landlocked Eastern European nation from which self-taught ceramic artist Tatsiana Shevarenkova hails. Originally from Belarus, she moved to Australia in 2019 from Moscow, in search of more sunlight and a slower pace.

‘My aesthetics haven’t changed but rather evolved into a new medium,’ she explains of the shift in her practice, that came about the same time as her relocation to the other side of the world. ‘I have always drawn upon nature for inspiration and now, being in closer proximity to it, I feel like my artistic outlook is more cleansed. The warmer weather might have something to do with it.’

Tatsiana worked in magazines in Russia, but disenchantment with the global fashion industry and its foundations in human exploitation and environmental damage spurred a career shift, and in the process, she discovered the slow and gentle practice of ceramics. As it transpires, this was the creative outlet she was looking for all along!

On arrival in Sydney, Tatsiana became a member at MakerSpace & Co. – a not-for-profit organisation and craft workshop in Marrickville – eventually renting a studio there and beginning explorations into ceramic processes. She graduated quickly from wheel-throwing to coilbuilding, creating sculptural forms inspired by the patterns and shapes that organically occur in nature.

‘My primary source of inspiration is the beauty of the female body. From the body, I look for a contour, a movement, or a glance.’ – Tatsiana Shevarenkova 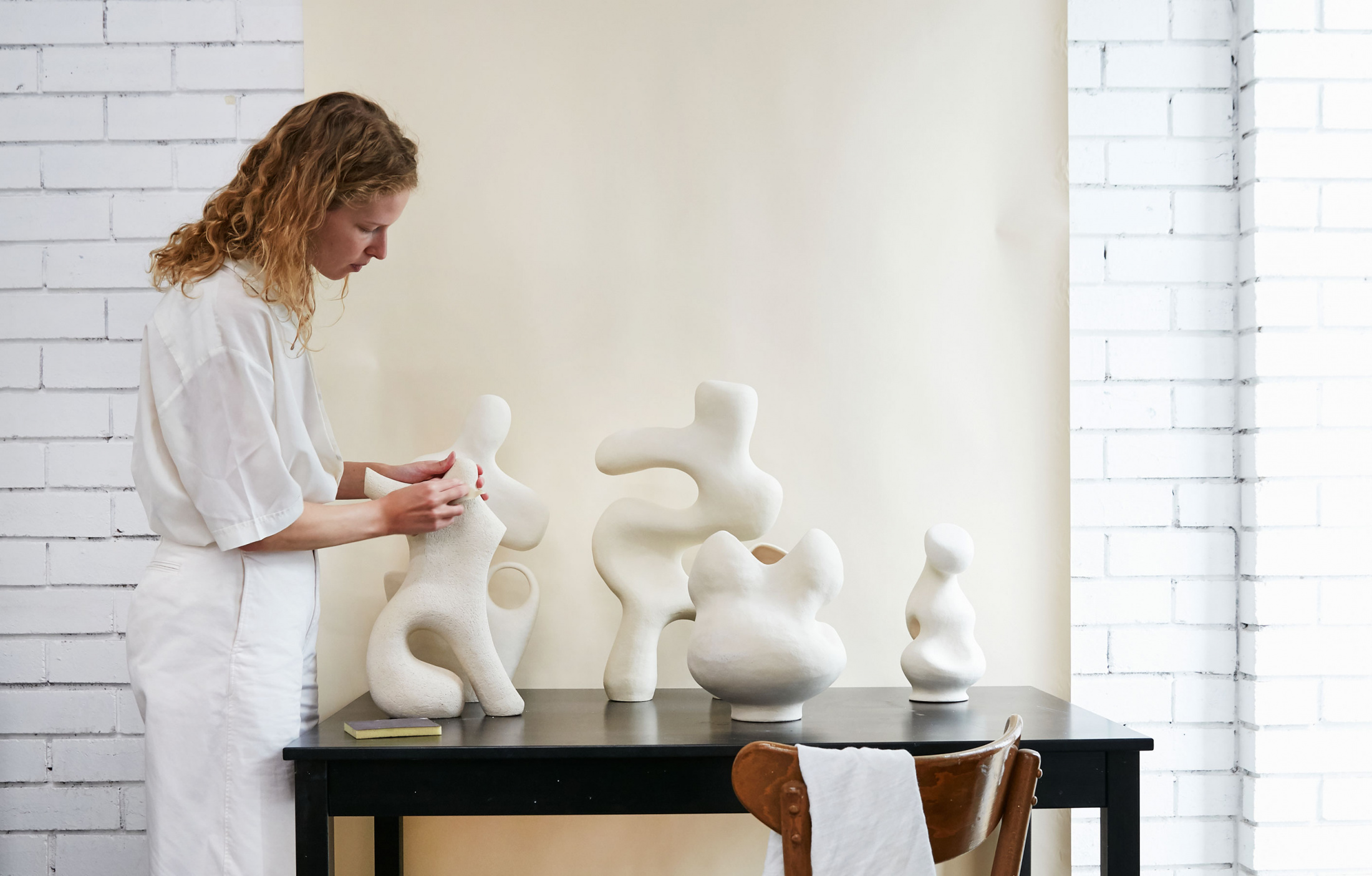 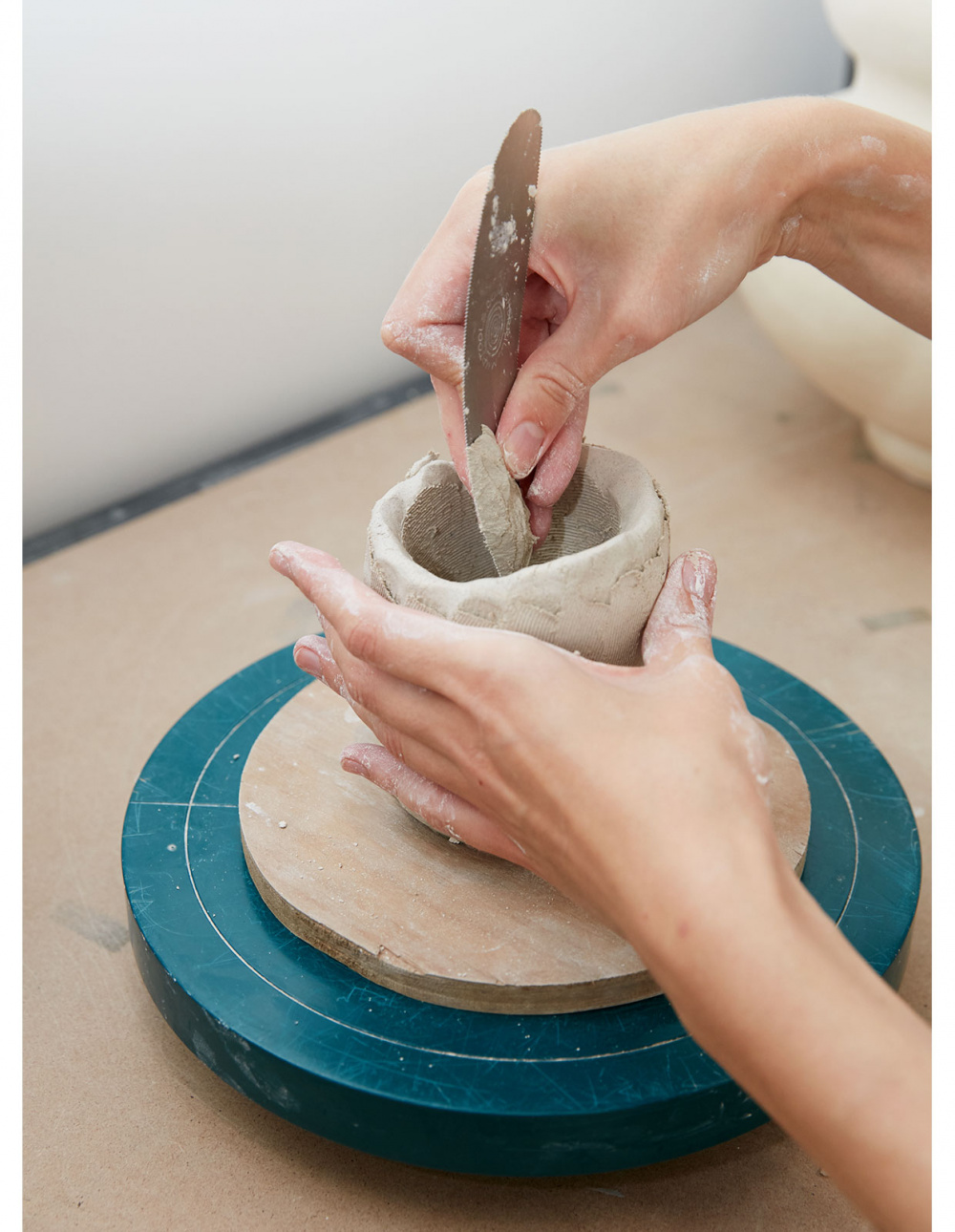 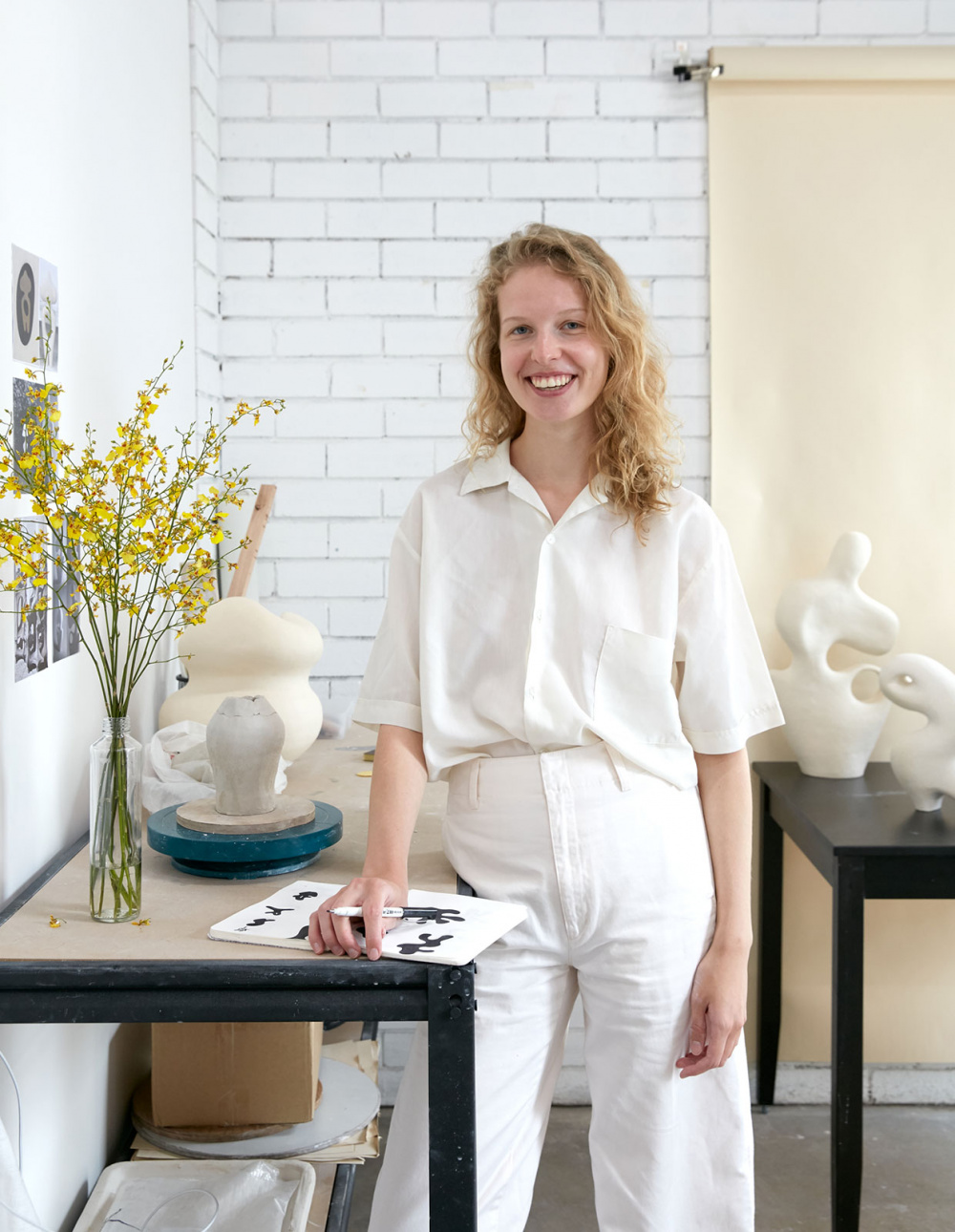 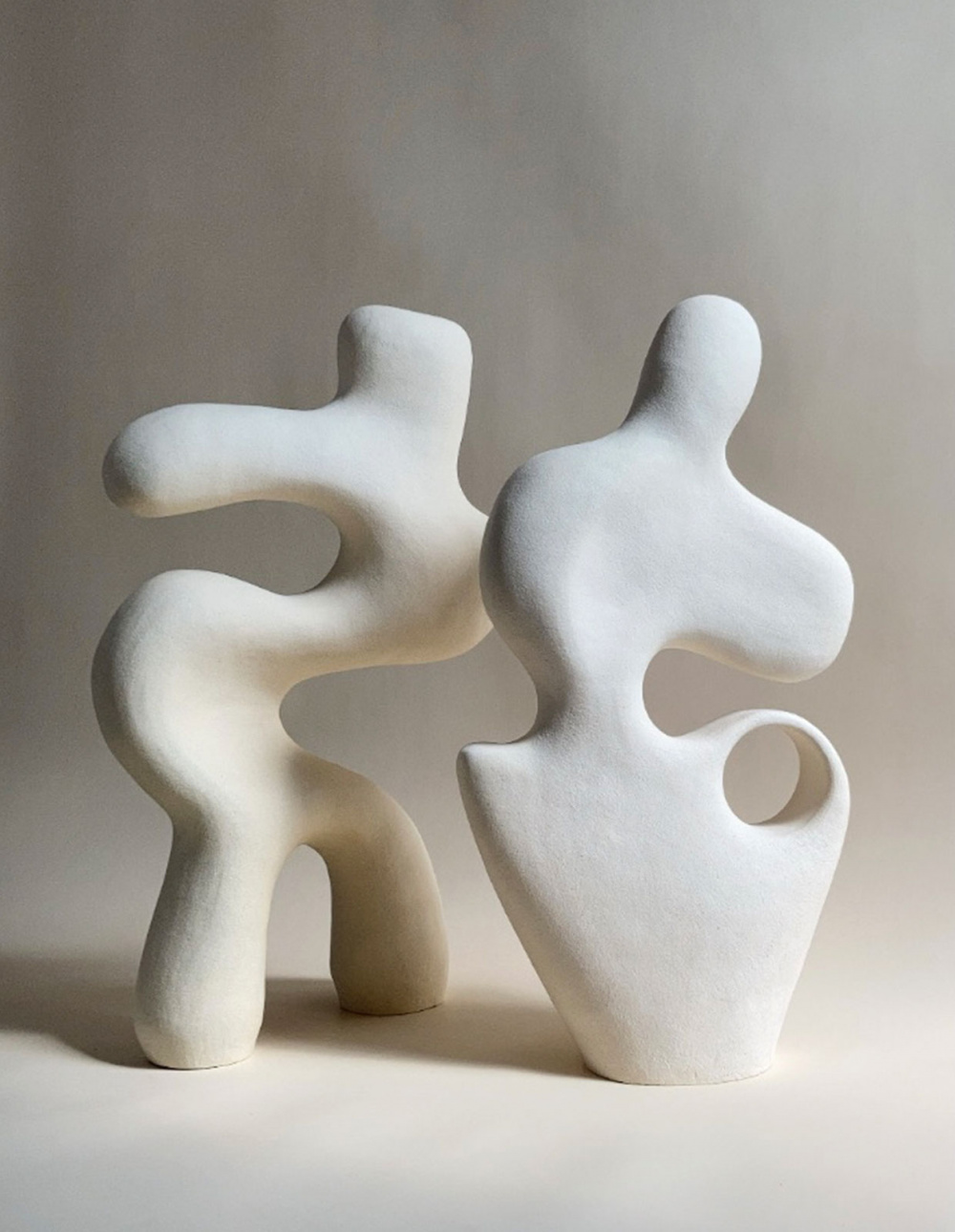 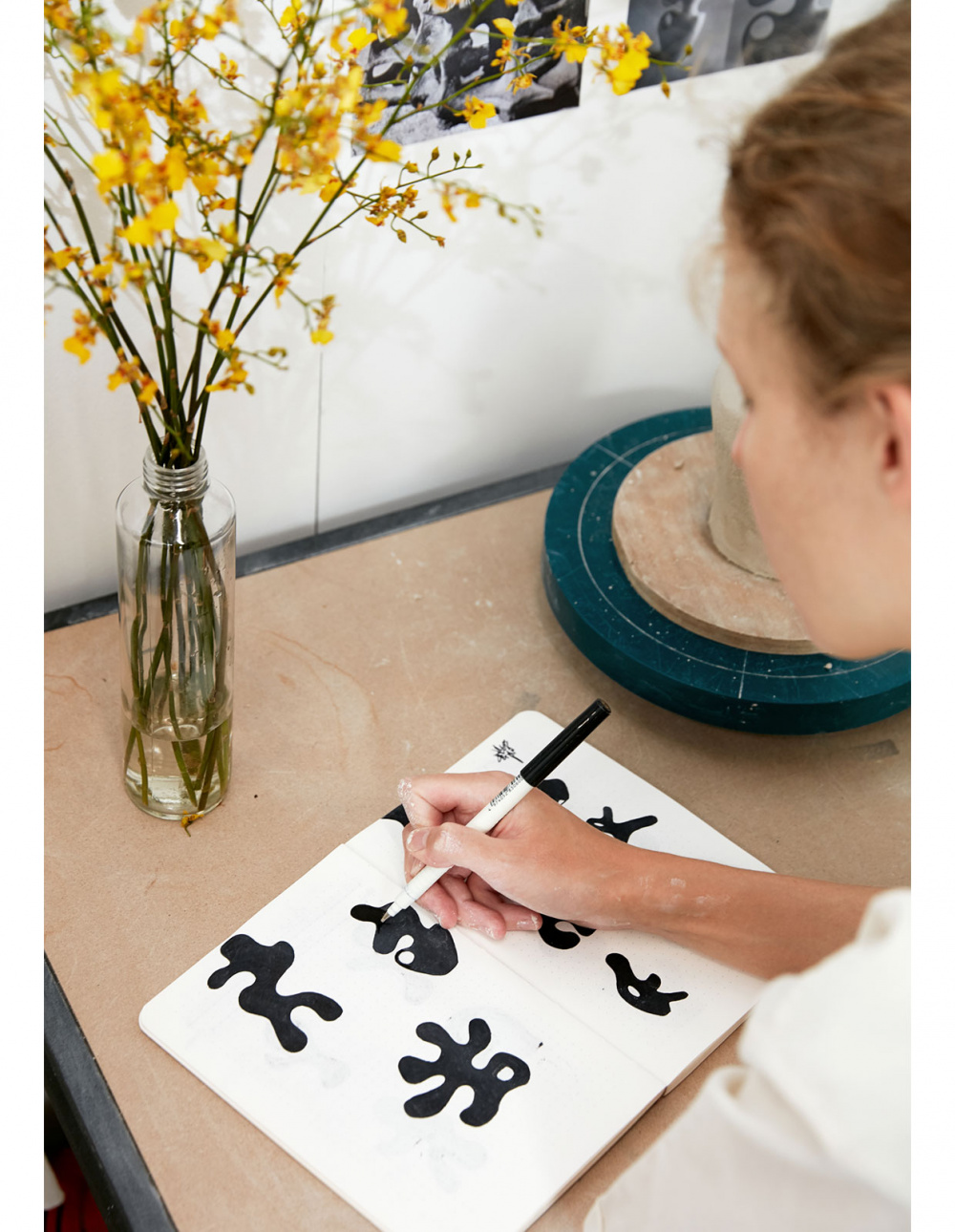 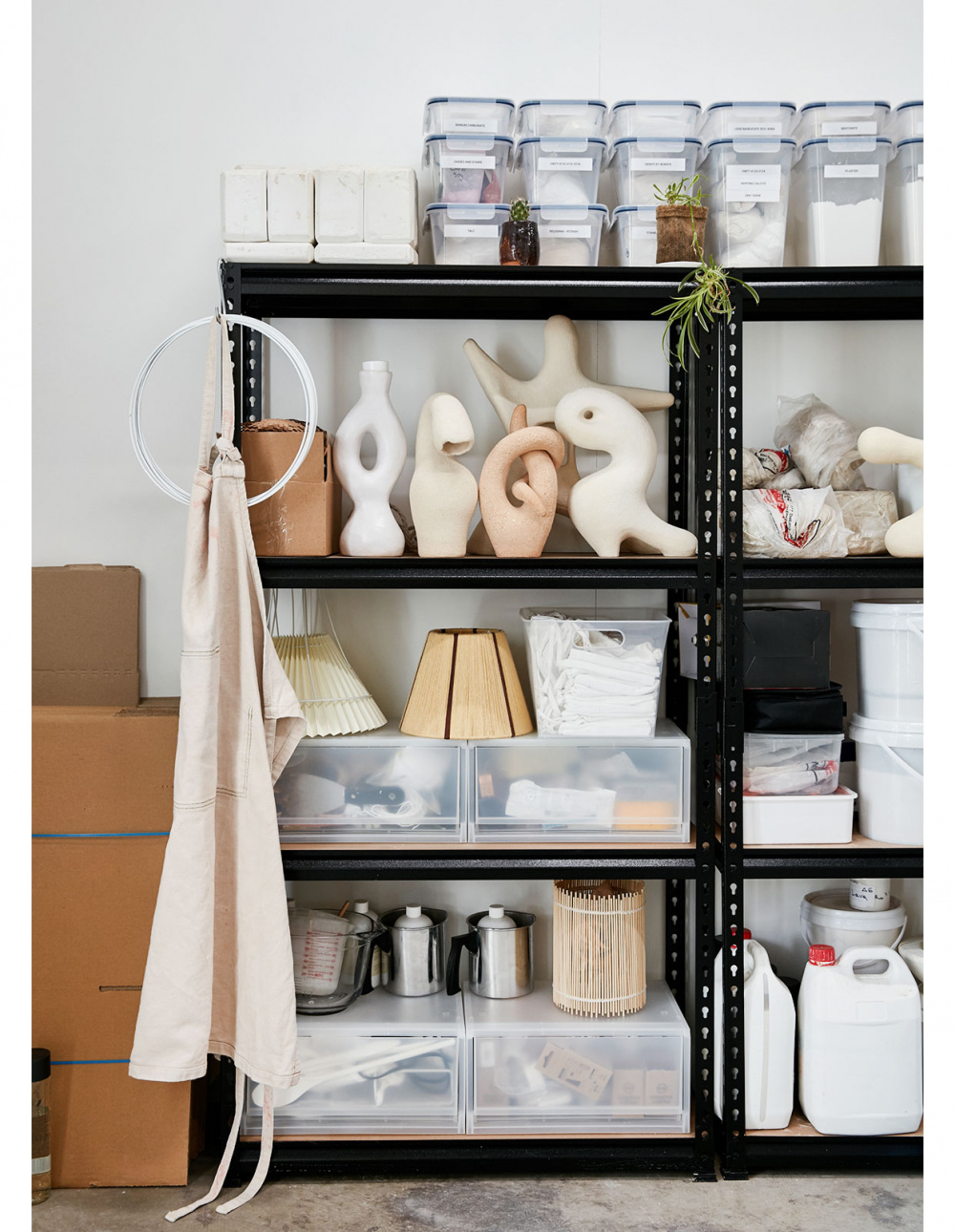 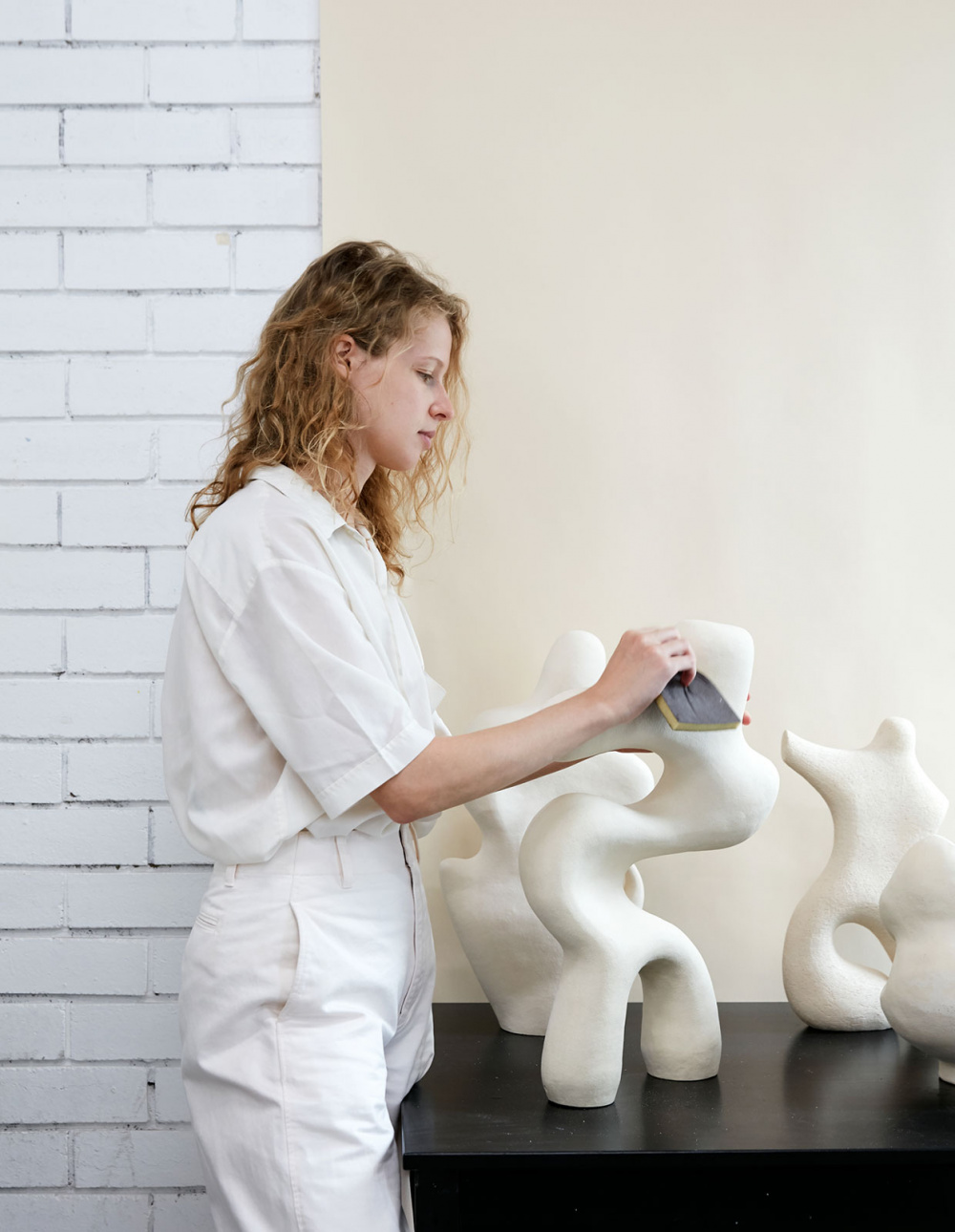 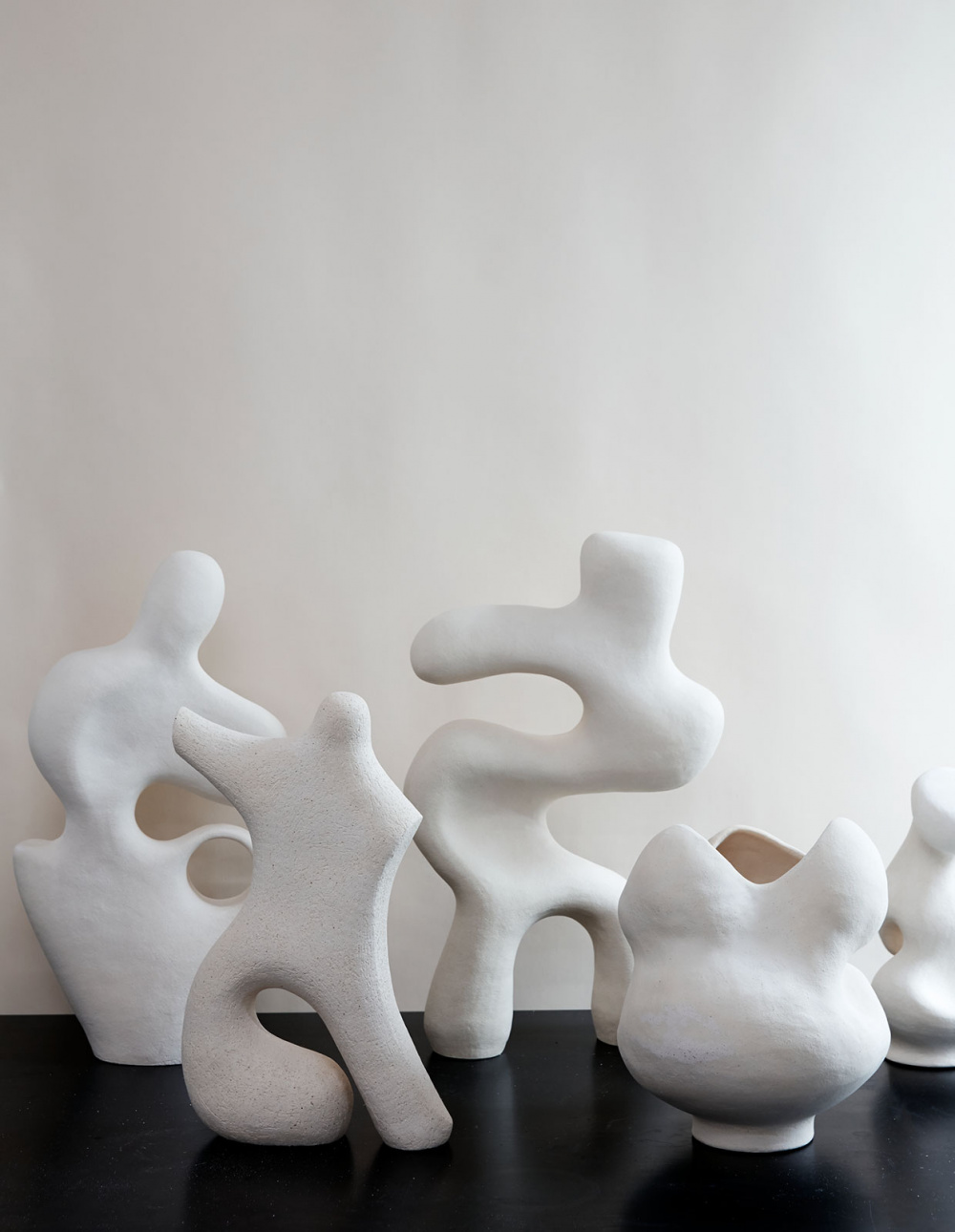 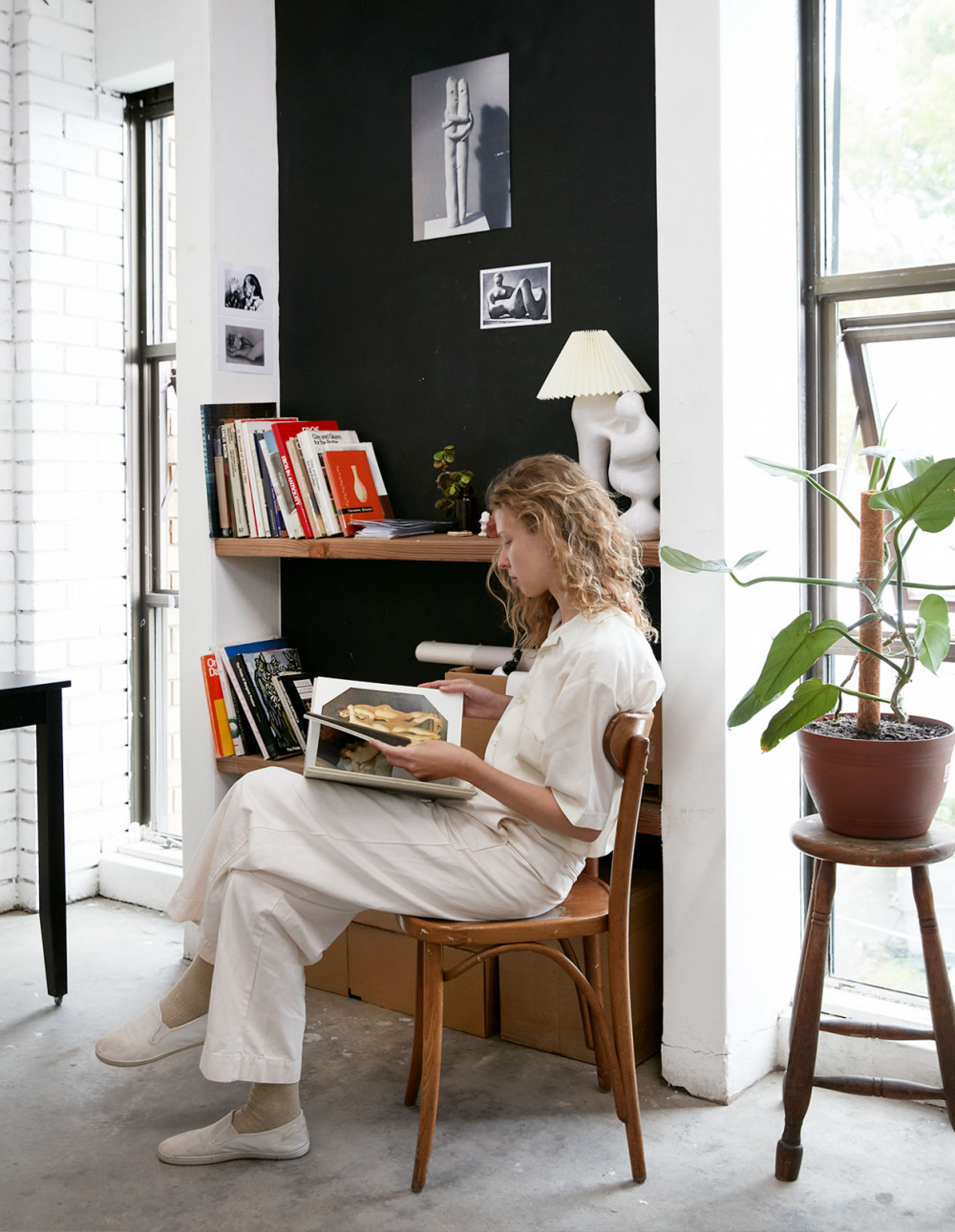 Over the lockdowns last year, Tatsiana spent every day in her sunny studio, familiarising herself with materials and developing her techniques to such a successful extent, that it led her to launch her own full-time practice – Cosset Ceramics! Tatsiana uses coil-building techniques to create her organic sculptural forms. Despite the hefty research and experimentation she has conducted into glaze recipes, she prefers the natural look of an unglazed surface and an earthenware firing for the slower impact it has on the clay.

Ruminating on these organic materials and her background in fashion design lead Tatsiana to use ceramics as a lens to explore her ultimate muse: the female body.

‘From the body I look for a contour, a movement or a glance,’ she says. ‘I admire the practices of Isamu Noguchi, Jean Hans Arp, Henry Moore, Constantine Brancusi and Louise Bourgeois. There is often an intimacy or tension between those artists and the body that I believe is worth studying.’

By this philosophy, all the pieces in ‘Soul Bed’ – her new duo show at Saint Cloche – have a fluid, kinetic inspiration behind them, like a surprisingly sculptural coral formation or a puddle splash frozen in time. These sculptures sit beside artist Hannah Nowlan’s similarly fluid, nature-inspired paintings – a perfect pairing!